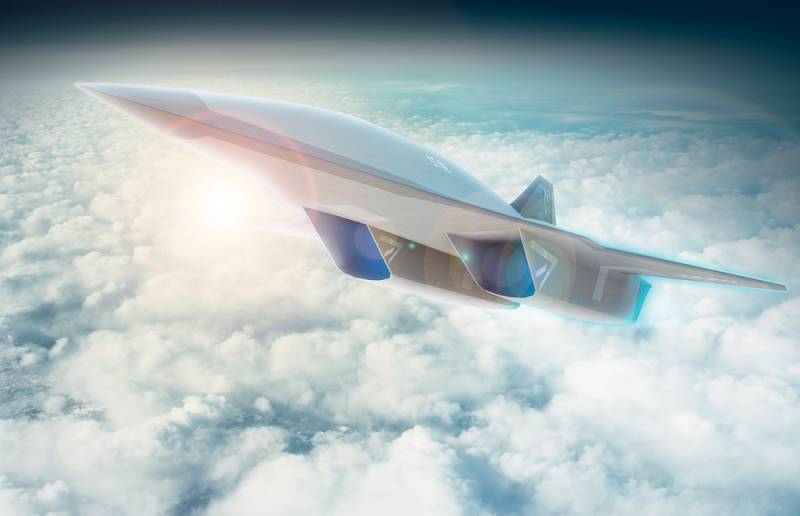 It’s too early to talk about the arms race in this area - today it’s a technology race. Hypersonic projects have not yet gone beyond the framework of OCD: while the demonstrators are mostly flying. Their technological readiness levels on the DARPA scale are mainly in the fourth to sixth positions (on a ten-point scale).

However, to talk about the hypersound as a kind of technical novelty is not necessary. ICBM warheads enter the atmosphere on a hypersound, descent vehicles with astronauts, space shuttles - this is also a hypersound. But flying at hypersonic speeds when descending from orbit is a necessary necessity, and it does not last long. We will talk about aircraft, for which hypersound is a regular mode of application, and without it they will not be able to show their superiority and show their capabilities and power. 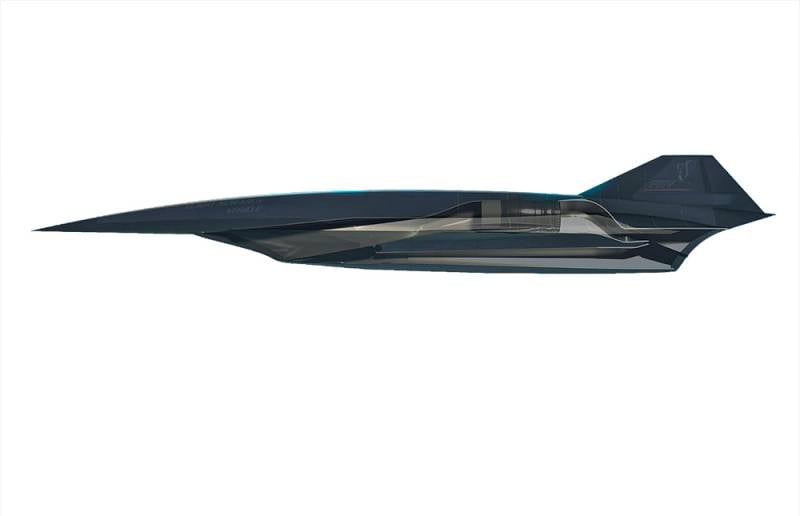 Swift Scout
The SR-72 is a promising American aircraft that can become a functional equivalent of the legendary SR-71, a supersonic and super-maneuverable reconnaissance aircraft. The main difference from its predecessor is the absence of a pilot in the cockpit and hypersonic speed.

It will be about hypersonic maneuvering guided objects - maneuvering combat heads of ICBMs, hypersonic cruise missiles, hypersonic UAVs. What exactly do we mean by hypersonic aircraft? First of all, the following characteristics are meant: flight speed - 5 − 10 M (6150 − 12 300 km / h) and higher, covered operating height range - 25 − 140 km. One of the most attractive qualities of hypersonic devices is the impossibility of reliable tracking by air defense systems, since the object flies in a plasma cloud that is not transparent to radars. It is also worth noting the high maneuverability and minimum reaction time to the defeat. For example, a hypersonic device needs only an hour after deceleration from an orbit waiting to hit a selected target. 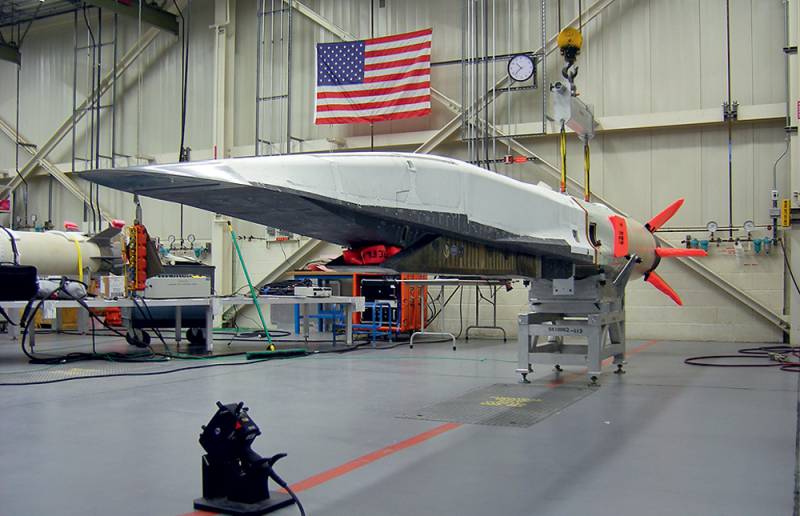 He left his mark on stories engineering project OKB im. Mikoyan's “Spiral”, in which the returnable aerospace hypersonic aircraft was launched into the satellite orbit by a hypersonic razvonschikom plane, and after performing combat missions in orbit, returned to the atmosphere, it performed maneuvers also at hypersonic speeds. Developments on the project "Spiral" were used in the projects of BOR and the space shuttle "Buran". There is no officially confirmed information about the Aurora hypersonic aircraft created in the USA. Everyone has heard of him, but no one has ever seen him.

17 March 2016, it became known that Russia officially began to test the hypersonic anti-ship cruise missile (ZCRC). The submarines of the fifth generation (the Huskies) will be armed with the newest shell, as well as surface ships and, of course, the flagship of the Russian fleet Peter the Great. The speed of 5 − 6 M and the range of at least 400 km (the rocket will cover this distance in four minutes) will significantly complicate the use of countermeasures. It is known that the rocket will use the new fuel Decilin-M, which increases the range by 300 km. The developer of the Zirkon PKR is the NPO Mashinostroyenia, which is part of the Tactical Missile Weapons Corporation. The appearance of a serial rocket can be expected by the year 2020. It should be noted that Russia has a wealth of experience in creating high-speed anti-ship cruise missiles, such as the P-700 Granit (2,5 M) production anti-ship missile, the Mosquito (270 M) production anti-ship missile, which will be replaced New PKR "Zircon". 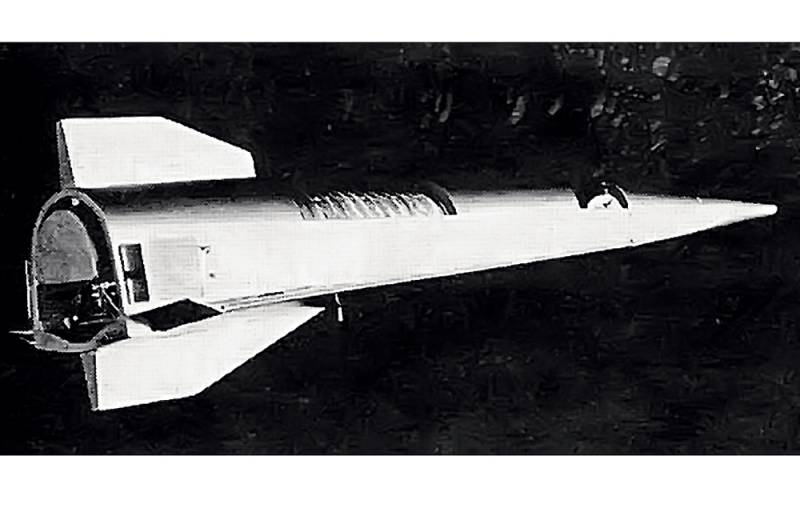 Winged blow
The unmanned hypersonic gliding aircraft, which was developed at the Tupolev Design Bureau at the end of the 1950, should have been the last stage of the missile strike system.

The first information about the launch of the Yu-71 product (as it is designated in the West) into the near-earth orbit by the Stilett rocket RS-18 and its return to the atmosphere appeared in February 2015. The launch was made from the position area of ​​the Dombrowski compound of the 13 th missile division of the Strategic Missile Forces (Orenburg Region). It is also reported that by 2025, the division will receive X-NUMX X-24 products to equip the new Sarmat missiles. The product U-71 in the framework of the 71 project was also created by the NPO Mashinostroyenia since 4202.

The product is a super-maneuverable rocket warhead, making a planning flight at a speed of 11000 km / h. It can go into the near space and from there hit targets, as well as carry a nuclear charge and be equipped with an EW system. At the moment of “dive” entry into the atmosphere, the speed can be 5000 m / s (18000 km / h) and for this reason, the X-71 has protection against overheating and overloads, and it can easily change the direction of flight and does not collapse. 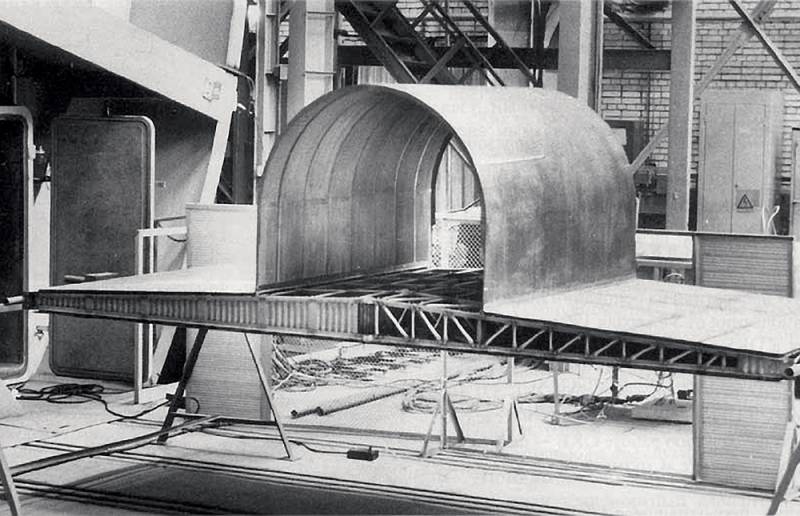 Hypersonic airframe element weaponswhich remained a project
The length of the aircraft was to make 8 m, wingspan - 2,8 m.

The product Yu-71, possessing high maneuverability at hypersonic speed in height and on course and flying not along a ballistic trajectory, becomes unattainable for any air defense system. In addition, the warhead is controllable, due to which it has a very high accuracy of destruction: this will allow it to be used also in a non-nuclear high-precision variant. It is known that several launches were made during 2011 − 2015. The Yu-71 product is expected to be adopted in the 2025 year and will be equipped with the Sarmat ICBM.

Of the projects of the past can be noted rocket X-90, which was developed by the ICB "Raduga". The project dates back to the 1971 year, it was closed in a difficult year for the country 1992, although the tests carried out showed good results. The rocket was repeatedly demonstrated at the MAKS aerospace show. A few years later, the project was reanimated: the rocket received a speed of 4 − 5 M and a range of 3500 km with launch from the Tu-160 carrier. Demonstration flight took place in 2004 year. It was supposed to equip the missile with two detachable warheads placed on the sides of the fuselage, but the projectile never entered service.

The hypersonic missile RVV-BD was developed by the Vympel Design Bureau named after I.I. Toropov. It continues the line of K-37, K-37M missiles that are in service with the MiG-31 and MiG-31BM. The RVV-BD missile will also be armed with the hypersonic interceptors of the PAK DP project. According to the head of KTRV Boris Viktorovich Obnosov, made at MAX 2015, the rocket began to be mass-produced and its first batches will leave the assembly line in 2016 year. The missile weighs 510 kg, has a high-explosive fragmentation warhead and will hit targets at a range of 200 km in a wide range of heights. Dual-mode solid propellant rocket motors allows it to develop hypersonic speed 6 M. 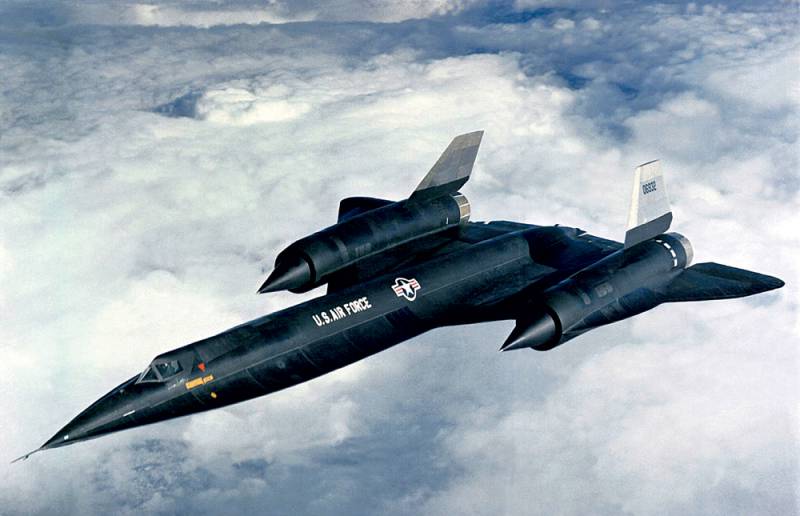 SR-71
Today, this aircraft, long removed from service, occupies a prominent place in history. aviation. It is replaced by hypersound.

In the autumn of 2015, the Pentagon reported, and it was confirmed by Beijing, that China had successfully tested a hypersonic LA DF-ZF Yu-14 (WU-14) hypersonic aircraft that had been launched from the Uchzhai test site. Yu-14 separated from the carrier "at the edge of the atmosphere," and then planned on a target located several thousand kilometers in western China. The US intelligence services followed the flight of the DF-ZF, and according to their data, the device maneuvered at 5 M speed, although its speed could potentially reach 10 M. China stated that it solved the problem of hypersonic WFD for similar devices and created new lightweight composite materials for protection from kinetic heating. Representatives of the PRC also reported that Yu-14 is capable of breaking through the US air defense system and delivering a global nuclear strike.

Currently, "in work" in the United States are various hypersonic aircraft that pass flight tests with varying degrees of success. Work began on them at the beginning of 2000's, and today they are at different levels of technological readiness. Recently, the developer of the X-51A hypersonic device, the Boeing company, stated that the X-51А will be put into service as early as 2017.

Among the projects being implemented, the United States has: the AHW (Advanced Hypersonic Weapon) hypersonic maneuvering warhead project, the Falcon HTV-2 Hypers-Sonic Technology Vehicle hypersonic LA, launched with the help of an ICBM, the Hypersonic X-43 Hyper-X, a prototype hypersonic winged missile Boeing’s X-51A Waverider, equipped with a hypersonic ramjet engine with supersonic combustion. It is also known that in the United States, work is underway on the Lockheed Martin Company’s SR-72 hypersonic UAV, which only officially announced its work on this product in March 2016. 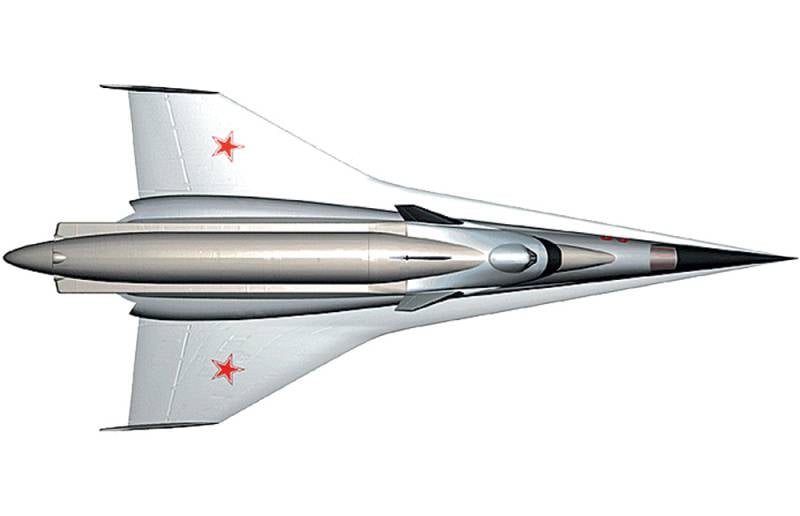 Space "spiral"
Hypersonic aircraft razgonschik, developed by the project "Spiral". It was also assumed that the system would include a military orbital aircraft with a rocket booster.

The first mention of the drone SR-72 refers to the 2013 year, when Lockheed Martin announced that the scout SR-71 will develop a hypersonic UAV SR-72. He will fly at a speed of 6400 km / h at working heights of 50 − 80 km up to suborbital, has a dual-circuit propulsion system with a common air intake and nozzle apparatus based on turbojet engines for acceleration from 3 M speed and hypersonic ramjet with supersonic combustion for flight with speeds higher than 3 M. SR-72 will carry out reconnaissance tasks, as well as deliver high-precision air-to-surface weapons in the form of light missiles without an engine — they will not need it, since a good starting hypersonic speed already has Xia.

Specialists in SR-72 problems include the choice of materials and design of cladding that can withstand high thermal loads from kinetic heating at temperatures of 2000 ° C and above. It will also be necessary to solve the problem of separating the weapon from the internal compartments at the hypersonic flight speed 5 − 6 M and exclude cases of loss of communication that were repeatedly observed during testing of the HTV-2 object. Lockheed Martin Corporation stated that the SR-72 dimension will be comparable to the SR-71 dimension - in particular, the SR-72 length will be 30 m. The SR-72 is supposed to arrive in the 2030 year.