The solution to the “problem of transponders” will cost Russia dearly 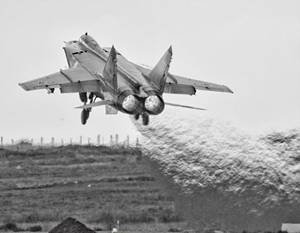 One of the topics of the meeting of the Russia-NATO Council on Wednesday was the famous “transponder problem”. It is in the absence of such devices on the Russian military aviation representatives of NATO reproach our country. President Putin has already instructed to solve this problem, however, the execution of the order will not only take a long time, but will cost a lot.

“Russia has put forward a proposal for security in the airspace in the Baltic Sea. I welcome the signs of a desire to continue taking measures to reduce risks, ”Secretary General of the North Atlantic Alliance Jens Stoltenberg said on Wednesday after a meeting of the Russia-NATO Council in Brussels.

Such arrangements could be the first and important step towards de-escalation, said Russian Ambassador to NATO Alexander Grushko, in turn, after the meeting. “Transponders are the most complicated problem connected with how to regulate military air traffic and civil air traffic. This is not only a problem related to the practice of flying Russian aviation in this region. This is a problem that should be solved in the interaction between civil and military services, ”said Grushko.
Therefore, according to him, the Russian side stated its agreement with the proposal of the Finnish president on flights with transponders included in certain regions of the Baltic Sea. “But taking into account the complexity of the issues and the need to consider a large number of technical aspects, as well as taking into account the differences in practices between different countries - not all NATO countries fly with the transponders turned on. Rather, everyone is flying with transponders turned off, ”said the permanent representative. He noted that this issue requires the participation of specialists. “We want the military experts to come together and agree on this. If such an agreement is reached, this could be the first and very important step towards de-escalation that our partners talk about all the time, ”Grushko said.

Solving the problem of aviation safety over the Baltic Sea “is the small step that is required to defuse tensions and normalize the situation in the Baltic Sea,” added on Wednesday the Finnish Minister of Defense, the namesake of President Jussi Niiniste.

The agreement on aviation flights on the Baltic should be followed by others - on the mutual reduction of military activity and military presence there, in principle, the RIA said in an interviewNews»Chairman of the Federation Council Committee on International Affairs Konstantin Kosachev.

The so-called problem of transponders, that is, systems that allow you to see the location of the aircraft carrying the device by other aircraft and ground services, has a long-standing history. One recent example: in May and June, NATO fighter jets escorted Russian aircraft and fighter jets. The Latvian Defense Ministry then claimed that our planes were flying without a flight plan provided, without a radar system turned on and without support for communication with the flight control center. However, the Russian Ministry of Defense has always stated that there is no violation of international flight rules. Indeed, why should Russian military aviation provide a flight plan to a country that is part of NATO?

Nevertheless, in early July, President Vladimir Putin agreed with the proposal of his Finnish colleague Sauli Niiniste about the need to develop a system of aviation security measures in the Baltic region. As reported last week, the newspaper VIEW, Defense Minister Sergei Shoigu, following the instructions of the president, ordered to prepare relevant proposals. In particular, it is supposed to use during flights aviation with the included transponders. It was this idea that was discussed, in particular, at the Russia-NATO Council.

In recent years, NATO countries have repeatedly blamed Russia for the fact that its military aircraft are flying near international air routes, allegedly creating a threat to the safety of civilian aircraft. And the main danger allegedly emanates not so much from the military nature of these aircraft, but from the fact that they fly with transponders turned off, which makes them “invisible” to civilian vehicles and civilian air traffic controllers. However, as German journalists found out, the crews of NATO aircraft also do not always include transponders. Newspaper VIEW has already published a detailed analysis of mutual accusations.

Meanwhile, military experts have already begun to discuss the technical side of a possible agreement with NATO. To equip most of the aircraft of the Baltic naval aviation with transponders, it may take too much money and time, one of the former high-ranking officers of the Russian Air Force warned in an interview to VIEW newspaper.

“Previously, there were no transponders on our military aircraft. We had the CO-69 as an additional identification device - this is an aircraft responder dispatching, and then not at all. The forerunner of modern transponders. Figuratively speaking, the plane is flying, the controller appears on the radar mark. The dispatcher moves the cursor and the flight height, the remaining fuel, the number of the board, the flight, and sometimes the commander’s call sign are displayed on the screen. In general, the main parameters. If ODS responds, then this is our board, Russian. And do not ask everyone where you are flying, at what height. Maybe something has already changed on the last aircraft, but in general, the vast majority of the aircraft are still old, ”the retired officer complained.

“In the 1994 year, we entered into a temporary agreement with Lithuania“ for the period of the withdrawal of troops ”, and since then 20 has flown from Kaliningrad region to greater Russia since then. Under this agreement, any aircraft in Lithuanian airspace must be equipped with an RBS unit - this is what is now called a transponder. If you flew to the border without this unit, the Lithuanian radar does not see you and, accordingly, does not give you access to their airspace. In this case, at a time in the airspace of Lithuania could be only one military aircraft. If you do not have a transponder, then go to Kaliningrad only by sea - from St. Petersburg over the Gulf of Finland, bending around the whole Baltic. It turns out twice as long, "- explained the source.

“Then centrally purchased three pieces. Without any modifications, they were installed on An-26. They could quickly solve the problem at the expense of a block. And on the modern? I do not know. Official information on the number of our military aircraft in the Baltic States is closed, but in any case, you need to purchase several hundred of such transponders and install them on different models of aircraft. A transponder can cost a thousand dollars, and an installation costs several thousand. Each plane has several dozen kilometers of wires. Everything is laid, it is necessary to change the connection of all the wires. It is necessary to contact the design bureau - “Ilyushin”, “Tupolev”, “Sukhoi” and so on, ”the source said.
“Most likely, there will be two or three transponders for each air regiment. When the task appears to fly to the region where it should be turned on, they will be issued specifically for one flight, ”the reserve officer suggested.

The former commander of the 4 Air Force Air Force and Air Defense, Hero of Russia Lieutenant General Valery Gorbenko agreed with the source’s opinion in an interview with the VIEW newspaper. “Such equipment is on civil and military transport aircraft. Previously, it was not installed anywhere on military aircraft. It's hard for me to say how much the blocks will cost now, ”said the lieutenant general. True, Gorbenko doubts that, for the sake of economy, the blocks can be released in small quantities and used in turn. “In any case, you will not just take the device with you like a mobile phone in your pocket. It is necessary to install, connect to the power supply system. We'll have to do revision on each aircraft in aircraft factories. Accordingly, it is expensive, ”admitted the former commander.

A source in the Russian aviation industry also confirmed to the newspaper VIEW that the installation of appropriate equipment "will require the development of experimental design documentation and considerable strength and resources."