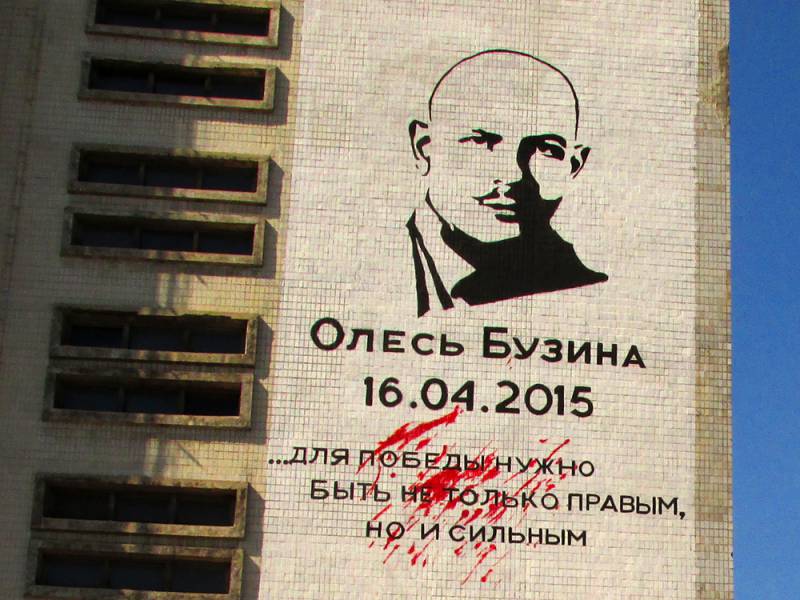 July 13 is the birthday of the outstanding Ukrainian writer and journalist Oles Buzyna. He would have turned 47 years, if 16 April 2015, he would not have been killed by neo-Nazis in his house, in Kiev, where he wished to stay, despite frequent threats. Until now, no one has been held responsible for this cynical murder - the Kiev authorities deliberately sabotage the process. Similarly, the murderers of Verkhovna Rada Oleg Kalashnikov, who was killed the day before, were not punished.

This power itself was formed as a result of an unjust rebellion, and it is not capable of punishing the criminals on whose shoulders, in fact, it holds. Only such shoulders are unreliable, as are the bayonets on which, according to the well-known saying, you can lean for some time, but you cannot sit on them.

The notorious site “Peacemaker” continues its work, on which its data were published before the murder of Oles Buzin. This site, with the support of the Maidan authorities, still incites reprisals against the undesirable, although even Europe opposed its work, under the banner of which the junta came to the throne.

A fallen writer remembered in Donetsk. 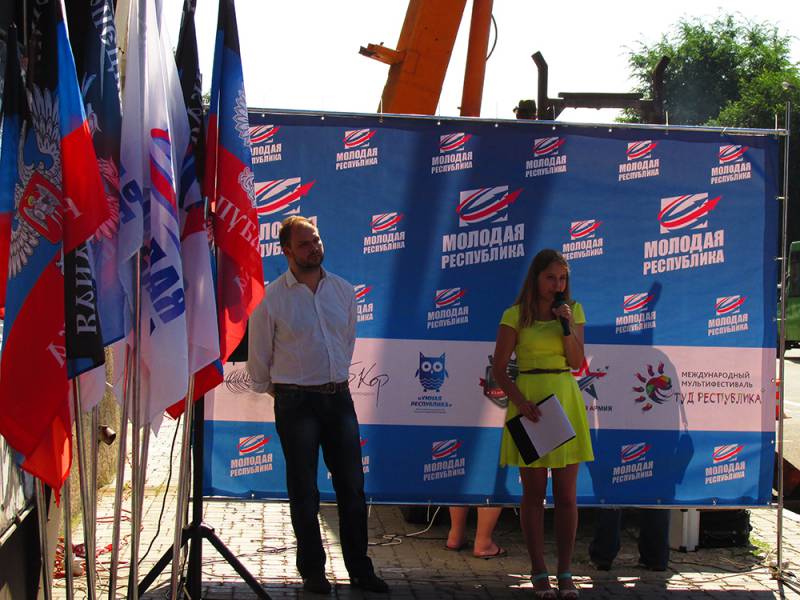 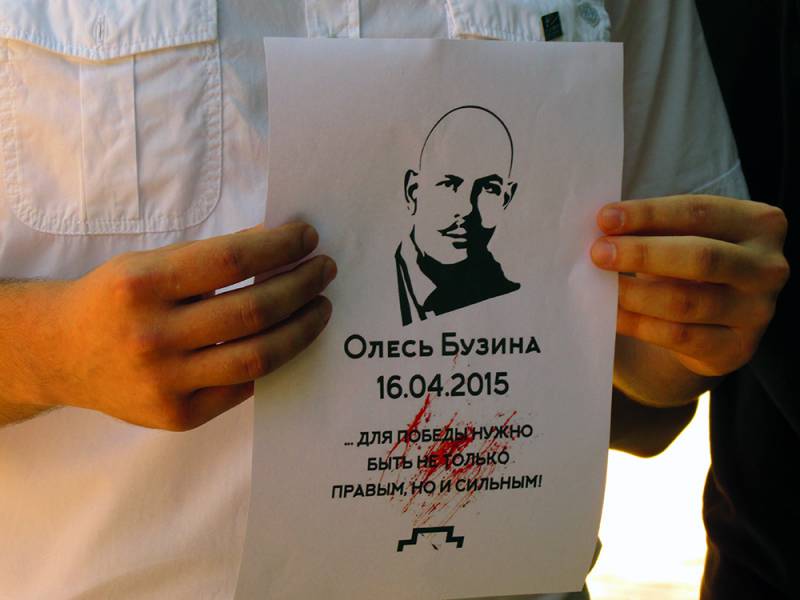 At the initiative of the social and political movement "Young Republic" in the center of the capital of the DPR, a portrait of Oles Buziny appeared.

12 June, several dozen young people held a rally of his memory, after which the creation of a portrait began. And the next day, the eyes of the courageous writer already looked at the streets of the capital of the DPR. 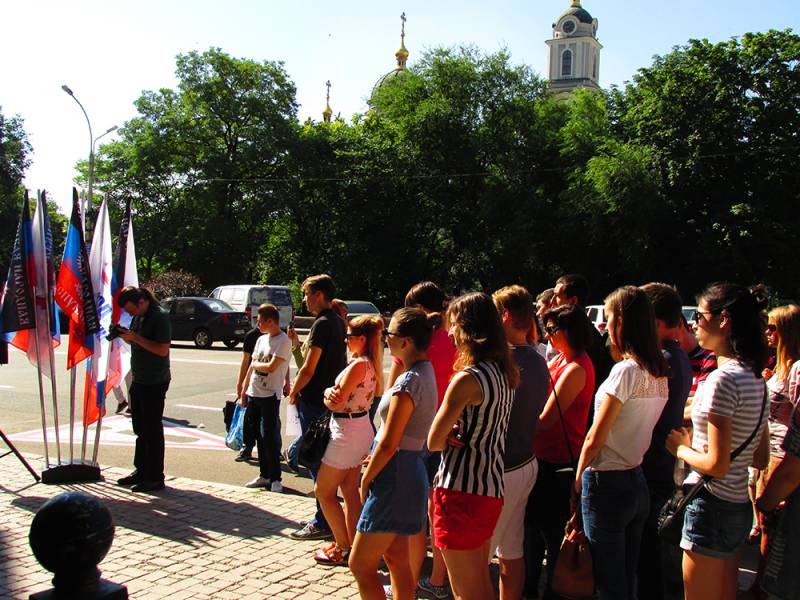 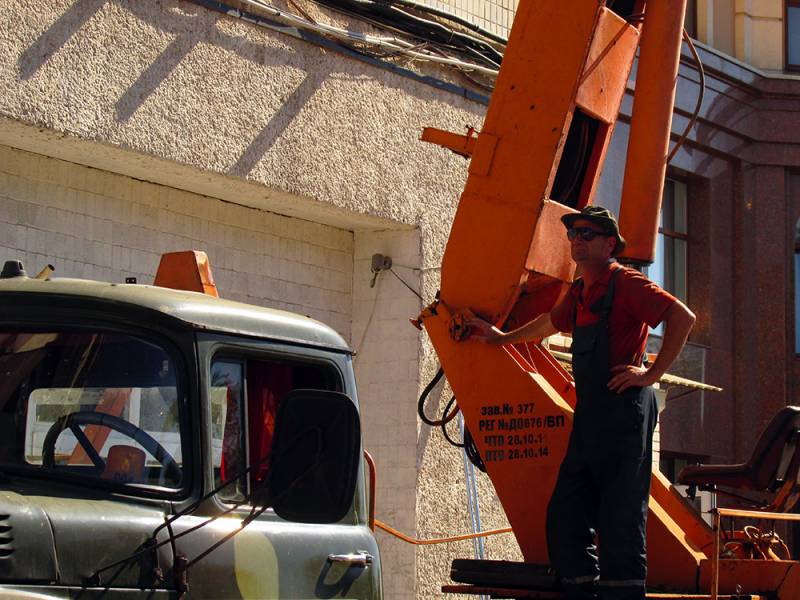 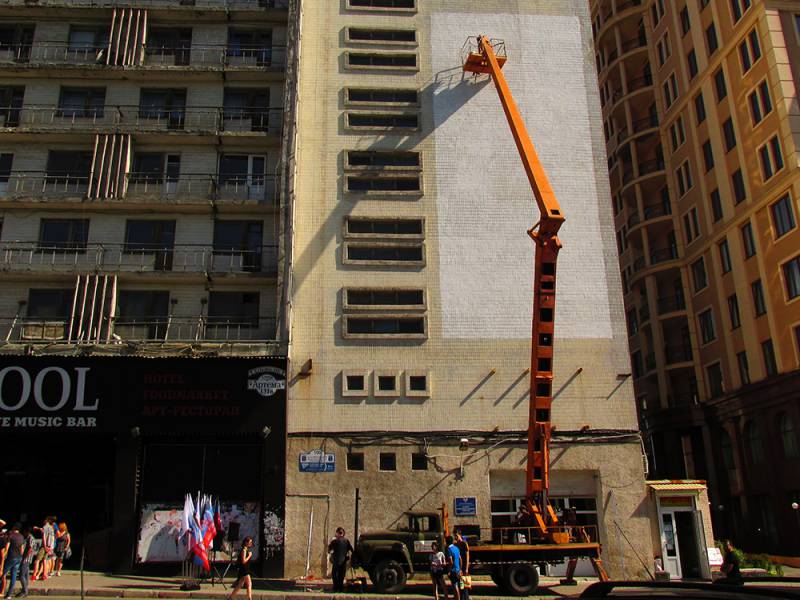 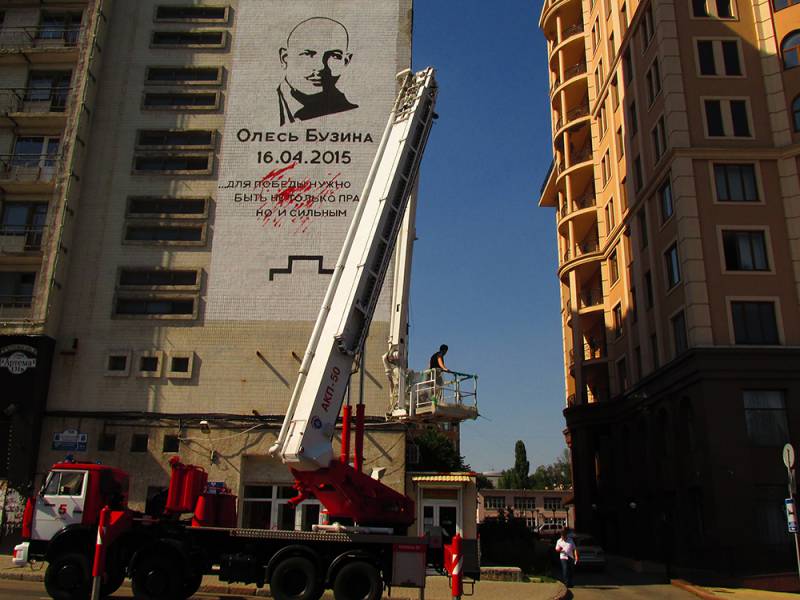 Yes, Oles Buzin was not a supporter of the Republics - he was in favor of a united Ukraine. But - for a Ukraine that would never have turned weapons against the Donbass. For such Ukraine, where there would be no place for neo-fascist and neo-Nazi ideology, where Moscow Avenue would not be renamed Bloody Bandera Avenue. And where there would be no animal hatred of any disagreement.

And in Ukraine, the furious rage of neo-Nazis against the slightest disagreement comes to the point of absurdity. In particular, this is evident in relation to the participants in the Procession of the Cross, who advocate peace.

A few days ago the All-Ukrainian procession of peace, love and prayer for Ukraine, organized by the Ukrainian Orthodox Church, started. Hundreds of believers both from the east and from the west went to Kiev, where all the columns should meet on July 27 to hold a service in the Kiev-Pechersk Lavra.

It must be said that a significant number of residents of the DPR and LNR are skeptical about the procession. People who have been sitting under fire for more than two years are already tired of abstract slogans “for peace”. While others treat the participants of the action very friendly, sympathetic.

But, despite all the peace-loving intentions of the Orthodox, despite the fact that they are in favor of a united Ukraine - even such moderate slogans cause uncontrollable anger among “svidomyh”. These same neo-Nazis.

At least, it is strange to read in the social networks and in the Ukrainian press numerous calls to inflict reprisals on believers. Maidan supporters crave blood. Call to beat people and even kill. The Ukrainian political scientist Yuriy Romanenko suggested that ... he be crucified on the cross. Frank provocations against citizens who do not want war have already begun.

And, of course, Svidomo everywhere see the "hand of Moscow" and "the paw of the Kremlin." Absolutely peaceful event declared "separatist." All participants of the Religious Procession are threatened that their data will fall on the “Peacemaker”. On the very “Peacemaker”, from whose filing Oleg Kalashnikov and Oles Buzin, the new martyrs of Ukraine were killed ...

But not only Orthodox are persecuted by neo-Nazis, but also by all who disagree with the “general line”. In Kharkov, mockery of the arrested Communist Alla Alexandrovskaya continues. An elderly woman is denied the right to receive medical care, despite the fact that her state of health is deteriorating every day.

When the most courageous Kharkiv citizens came to the defense of Aleksandrovskaya to the building of the prosecutor’s office, they were attacked by svidomye with the flags of the “Right Sector” (banned in Russia) and “Azov”. Their slogans were not original: “Kommunyaku - to gilyaku!”. The Ukrainian propaganda sites proudly reported about the “neo-Nazi peremoge”: they threw eggs at Aleksandrovskaya’s supporters, “mostly retired people,” with eggs, and got them stuffed into a police bus and drove them away. Glorious "victory", nothing to say!

And here is another great peremoga of new fascists, from which they also inflate with pride - this time against the book. 7 July in Kiev, activists of "Freedom" attacked the building of Rossotrudnichestvo, where the presentation of the book by the historian Pyotr Tolochko "Where did the Russian Land come from." At the head of the pogrom was a deputy of the Kyiv City Council, Igor Miroshnichenko. The presentation was disrupted, the equipment was broken, the books were stolen for “souvenirs”. Tolochko sounded dirty threats. The arriving police officers, instead of punishing the pogromists, said that the book would be checked for Ukrainophobia.

Oh yes! On the Independence stood for democracy!

Few, however, Svidomo so doubtful peremog-over the old, over the books, over the writers. For some reason, they decided to invent another one. 13 July on the Ukrainian sites information appeared - in the center of Moscow, right near the Kremlin (to make a difference!), The famous British journalist Graham Phillips, known for his support of Donbass, was shot. A few hours later, a lively and healthy Graham, downright in the spirit of Mark Twain, said hello to everyone on his Twitter: "I accept your condolences."

In the meantime - not fun again news. On July 13, in Odessa, members of the so-called “Avtomaydan” blocked the hotel “Geneva”, where a delegation from Poland arrived at the invitation of the “Opposition bloc”. Maydanuty even Europeans do not spare in the name of their dubious "democracy"! And here I recall the question posed by the new martyr Oles Buzina in one of his poems, written shortly before his death: “Have you stood on Maydani? Why were they pouring human blood? ”