Scouting robot for the ATO zone. Part of 2 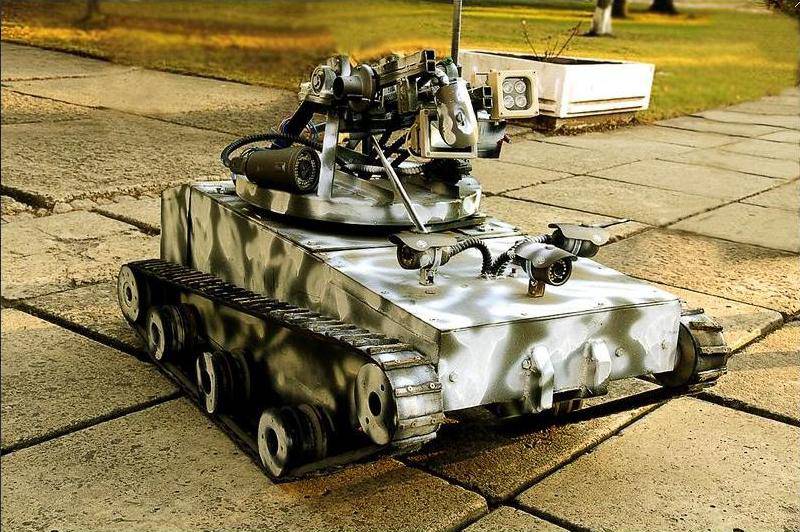 
The first tank. Artists - to the front.

11 November on the square in front of the Lviv Opera House presented a reconnaissance tank.
He will be handed over to the fighters of the 24 Mechanism Brigade *, who are sent to the ATO zone.
* 24-I Iron them. Prince Danila Galitsky separate mechanized brigade. (author's note) 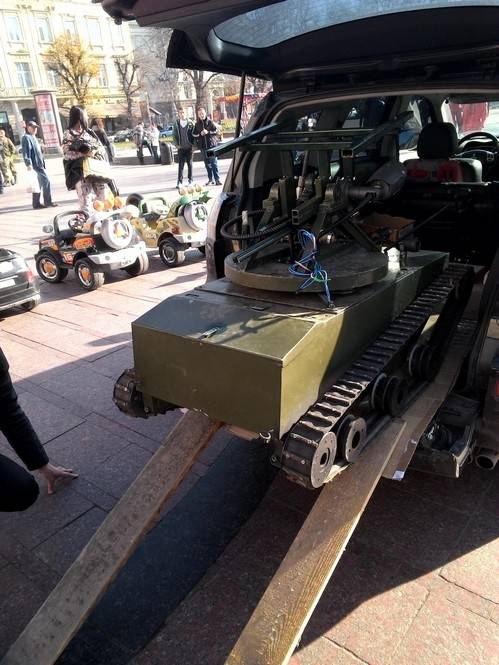 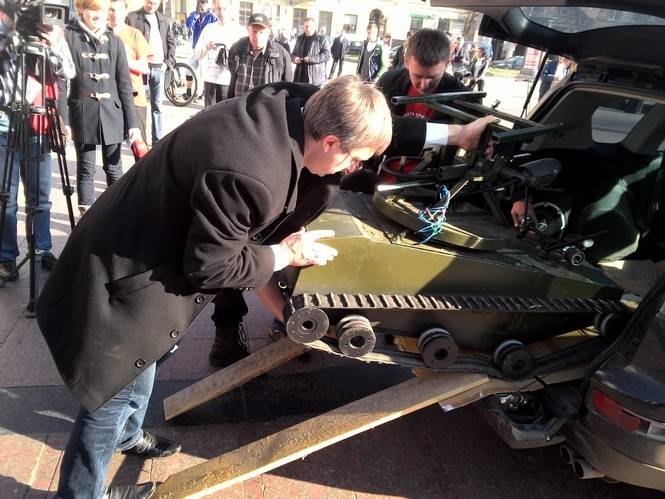 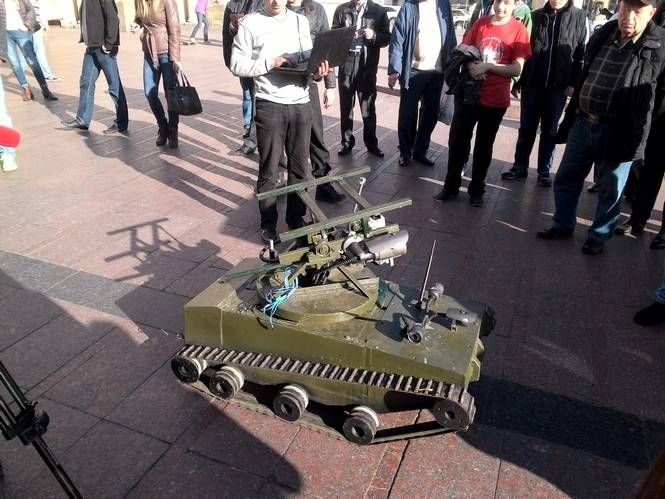 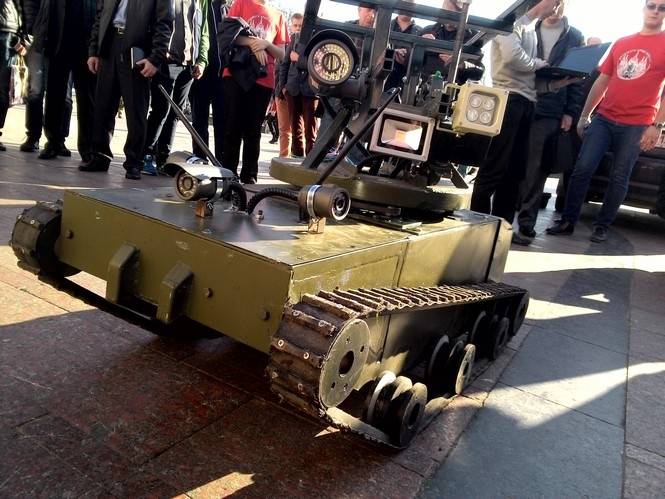 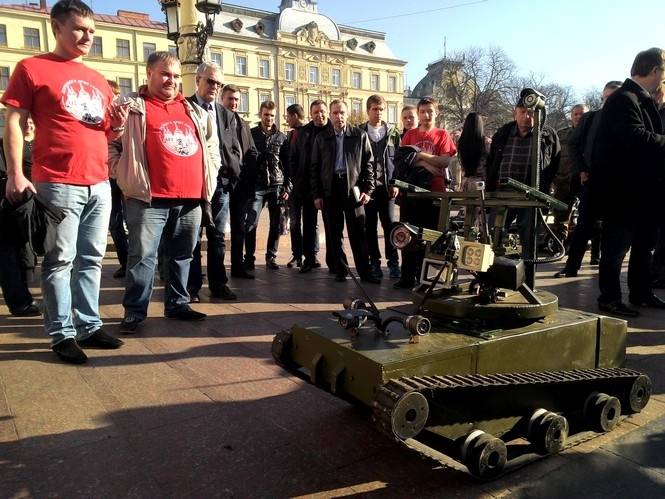 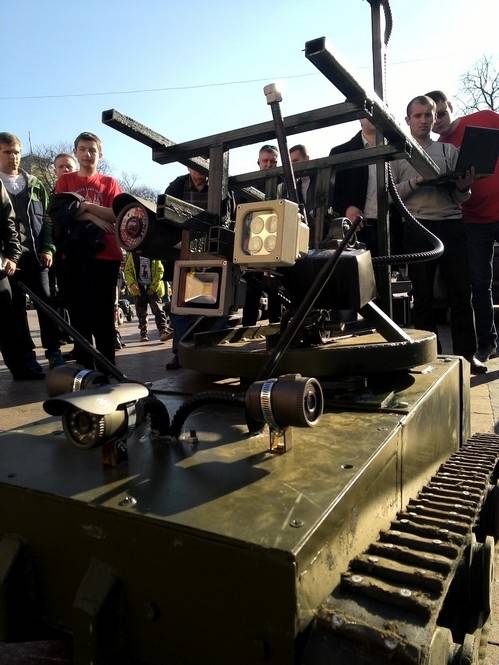 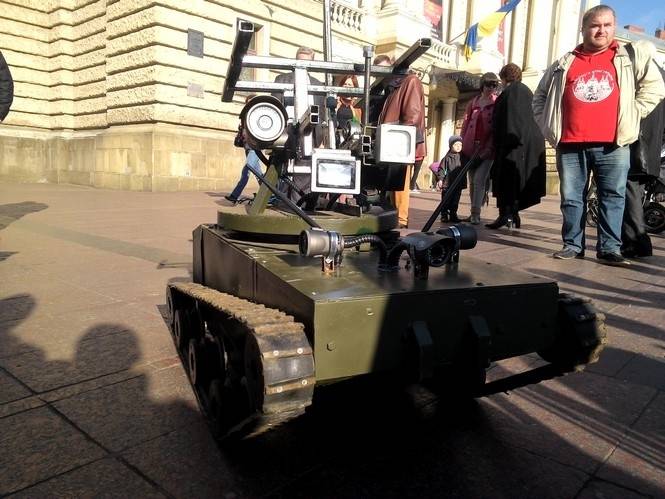 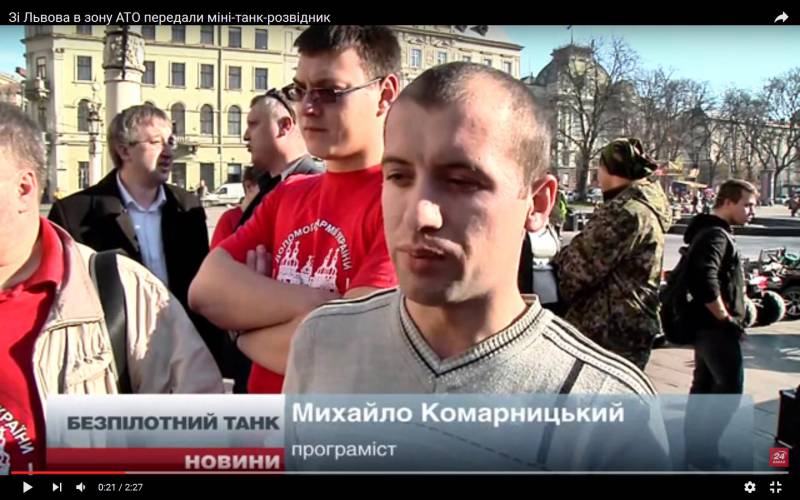 Programmer Mikhail Komarnitsky (Mikhailo Komarnitsky).
He claims that he developed the robot control program himself and talks about the process.

Mishan!
Let me call you that, for my niece is your age.
You are young, which means you have little experience.
It is unlikely that among your personal achievements were high-loaded projects of similar subjects.
Most likely, your skills are as follows: intermediate level PHP, MySQL and JQuery. At best, LAMP stack.
Plus knowledge of one framework and one of the most popular CMS: WordPress, Joomla or Bitrix.
As an additional skill - a pumped account in the simulator Tanks Online.

I also had something to do with software development.
Read my opinion at the very end of my article (An example from personal practice). 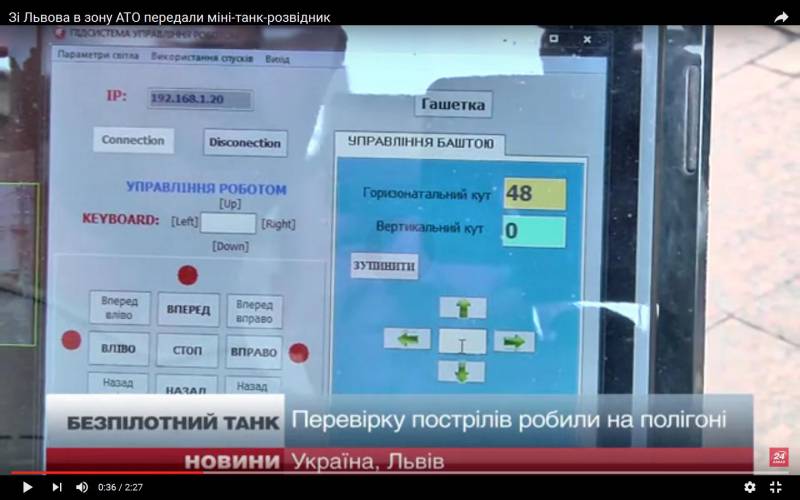 The interface of the robot control system.

The director of the Lviv Opera House was present at this event and also gave an interview.
And why not give? Army assistance is a sacred cause. 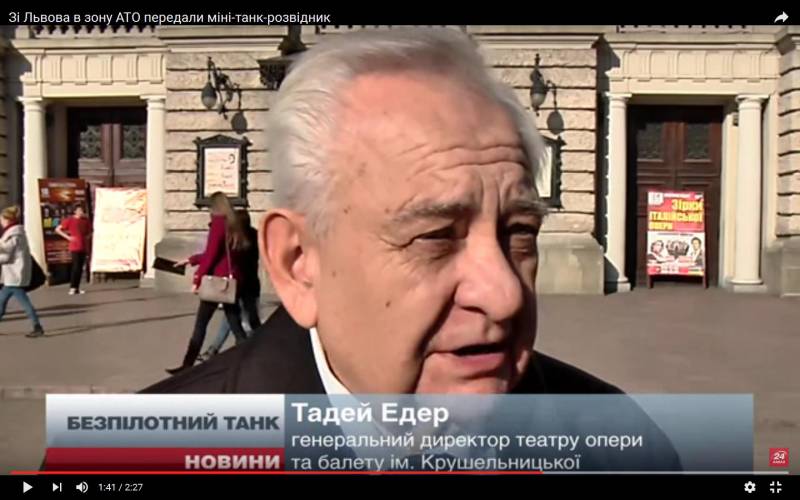 On the website of the Lviv Opera House it was reported:

The first tank at the site.
The next day, 12 November, 2014, the note “Ukrainian robots are preparing to fight in the Donbas” was published.
I enclose photos and videos from field tests. 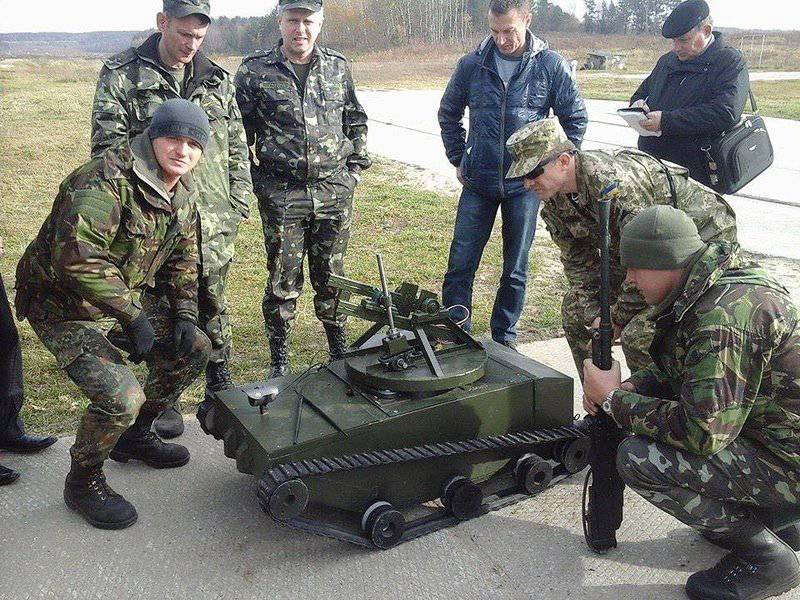 The fighters are preparing to mount on the robot a tank version of the Kalashnikov machine gun.
Pay attention to the number of cameras. 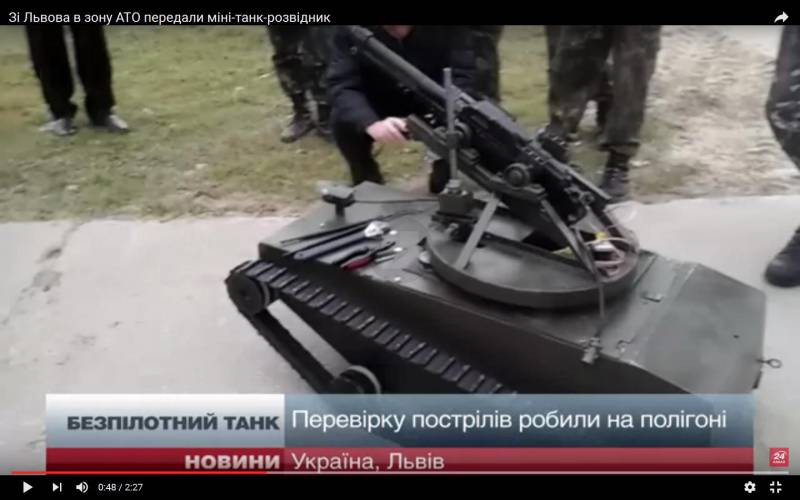 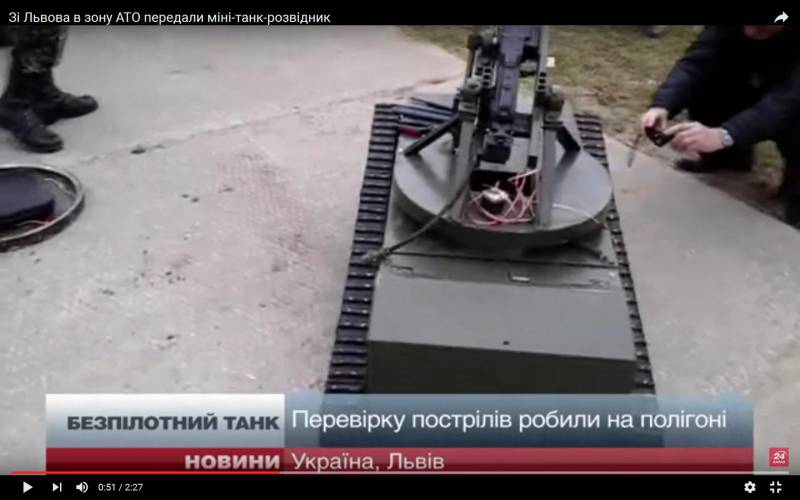 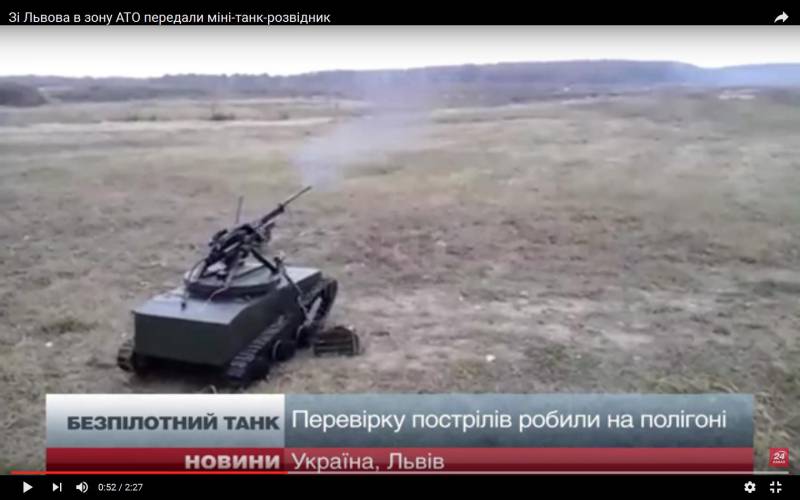 Ground Testing. Shooting from PKTM.
Pay attention to the box for the machine gun belt.

Ground Testing. Shooting from PKTM (video).
I wonder how the operator aims and where to attach the box for the tape?

18 December 2014 on the website of the Ministry of Defense of Ukraine published a short note about the reconnaissance tank.
The note says that the tank passed the tests and, together with the next unit, went to the ATO zone. 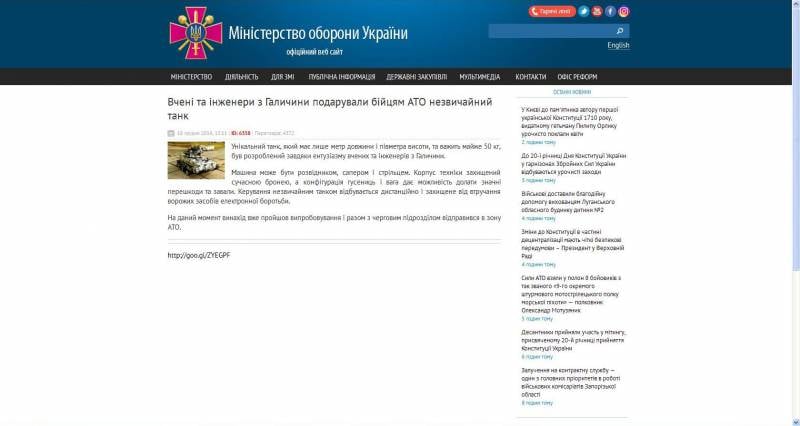 Now we know from an official source that the height of the tank hull is about 50 cm and it weighs about 50 kg. 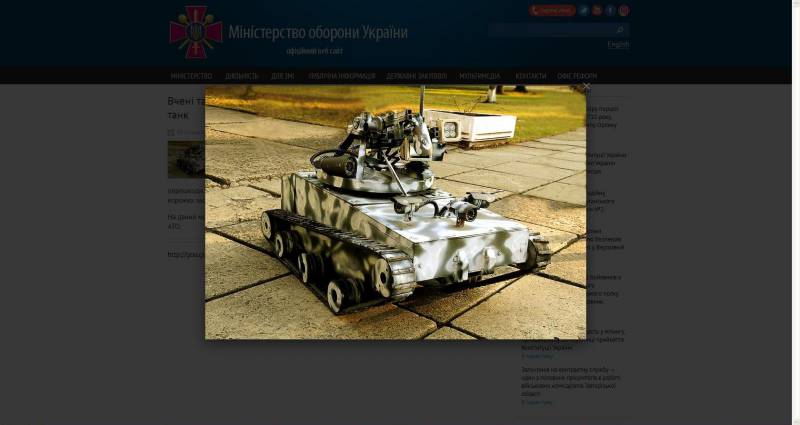 Photos of the reconnaissance tank from the site of the Ministry of Defense of Ukraine.

The further fate of the tank for the 24-th mechanized brigade is unknown.
After the scandal about the second tank had ripened, hurray-patriotic materials began to be deleted with puppy delight.
Opera House also deleted his note. 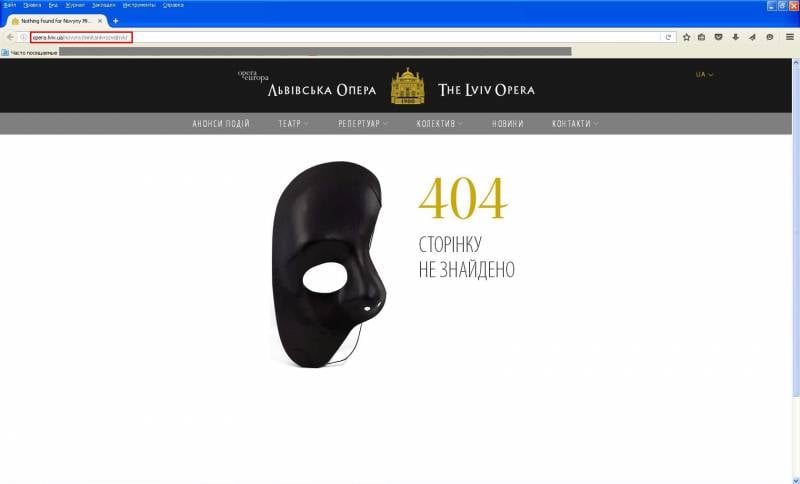 404 Error. The page was not found, but the address remained.
Pay attention to the address bar in the upper left corner of the photo.

I am truly sorry for the director of the theater.
Not by itself, probably, uncle. To live to gray hair and get into such a scrupulous situation.
Just like in the stories of O'Henry, in which the “Noble rogue” was thinking of starting to collect donations for the construction of a battleship in the city of Eureka Springs *
(* resort away from the sea)