July 15 2016
49
The current election campaign in the United States of America is notable for the fact that both candidates are trying, one way or another, to answer the question: “How to restore America’s former greatness?” At the same time, the simple fact that the America of 1899 or 1947 of the year is not the same is ignored. that America is the year of 2016. Other demographic conditions, a different structure of the economy and foreign policy situation. Actually, the American establishment is fully aware of this new reality, but the slogans “we will return” are still thrown to the public, exposing the current degradation only as a consequence of the immediate decisions of specific leaders, and not as an inevitable process of decline in power after several periods of flourishing. To recognize the inevitable extinction is to plunge 323 a million people into a state of fear and panic, which no candidate for the presidency can afford. 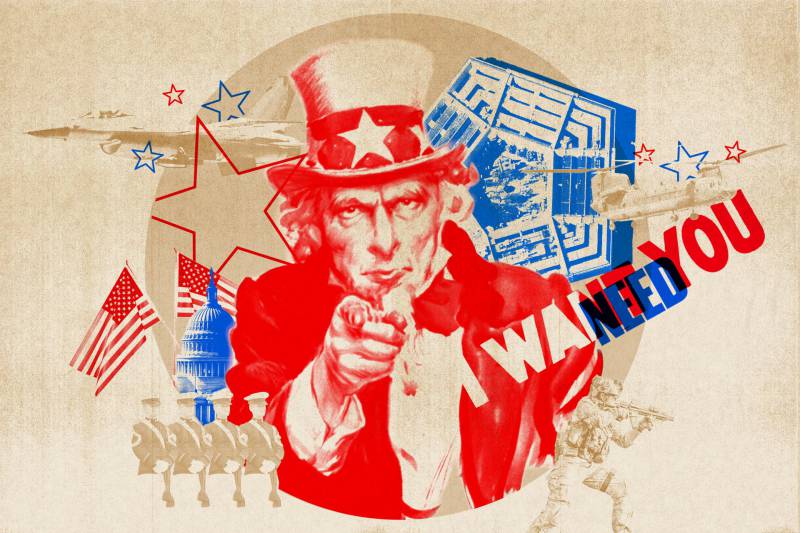 In fact, in the second decade of the twenty-first century in the American stories ended a whole super-cycle, which began 120 years ago with the arrival of President McKinley, whose name in Russia is not well known. William McKinley became famous as a staunch expansionist, and it was under him that the United States began to penetrate vigorously into the Eastern Hemisphere, relying on its economic and military power. With this ambitious leader, America quickly won the war against decrepit Spain, effectively selecting most of its colonial empire; annexed Hawaii; and then took part in multinational intervention against China. At the end of the 19th century, the young and predatory state could afford it, for ambitions lagged far behind the rapidly growing possibilities.

Today for Washington, the situation is just the opposite. Ambition is clearly superior. And the newest destroyer "Zumwalt", worth $ 4 billion; and unthinkably expensive fifth-generation fighter F-35; and the anti-missile shield in Romania is designed to delay the era of American supremacy, albeit in a purely military field, to slow down the overall decline. But here, too, there are obvious problems. For example, the scandalous story with the Russian rocket engine RD-180, which the American industry was not able to quickly create a domestic substitute, has been widely known for years. But this is not the only example. There are other, less known. So, for the entire powerful American economy, today there are only two steel mills capable of fulfilling orders for the US Department of Defense - this is the Oregon Steel Mills and International Steel Group. And so on. All this in aggregate reflects the reality of how much the United States has degraded, as an industrial power, compared to thirty, fifty and, especially, 100 years ago. The symbol of the American dream today is not “Ford” at all, but “Google”. At the same time, the US economy objectively will long remain the largest in the world and one of the most innovative. Although its inhibition is inevitable, but inertia is also great.

In Russian society, the idea has emerged that Donald Trump is the most preferred candidate for us. The representative of the endangered mammoth American industry promises to fiercely fight for markets, both domestic and foreign. If such an idea had a motto, then it could be pronounced as “A dollar for factories, not a factory for a dollar.” No one promises that Trump will not wage wars, but the armed conflicts for markets are very different from the bloodthirsty madness of financiers, who is represented by Hillary Clinton. True, in order to revive his own American industry, Trump, he will become president, will have to weaken the dollar strongly, which will worsen the standard of living for Americans. Also, the closure of the domestic market will turn many of its geopolitical allies and satellites away from Washington.

In contrast to Trump, international bankers who now lead the United States are interested in maintaining and expanding the system, which is based on the global power of the dollar. The problem is that even for the simple maintenance of the existing order, they now need a geopolitical catastrophe at the level of two world wars or the collapse of the socialist system in 1989-1991. The beginning of this new catastrophe was laid in the form of a bloody “Arab spring”, the consequences of which will long shake all of Africa and Eurasia. It is important to understand that the “Arab Spring” is only a prelude to what global bankers have conceived. And our country obviously has a central place in their plans, for any upheaval within the Eurasian giant is spread throughout the continent from Germany to China. The geopolitical concept of the Heartland has also not been canceled by anyone, and in this respect it is absolutely not important who is in power in Russia: monarchs, communists or anyone else.

The presidential race 2016 in the USA has one more thing, which for some reason is practically ignored by observers. When candidates touch upon their foreign policy speeches, they essentially state the weakening of the American position. When a certain country N, in the opinion of the Americans, behaves “aggressively”, “arrogantly”, “assertively”, in fact it only means that another regional project has formed somewhere around the local center of power. For leaders of the New World, this fact is ideologically unbearable for two reasons.

First, in their opinion, since 1991, there can be only one global project in the world - an American one, in which cultural autonomy will be granted to the rest, at best. The emergence of any alternative is perceived by overseas globalists as a riot on the ship. Nevertheless, today China is implementing its global project, at the regional level similar actions are being undertaken by India, Iran, Turkey, Saudi Arabia, as well as Japan and Israel. Washington doesn’t like all this, but nothing more can be done. The moment is lost, and the world began to change. Events have gained their own momentum, processes are gaining momentum even without explicit support from outside. Just the time has come. 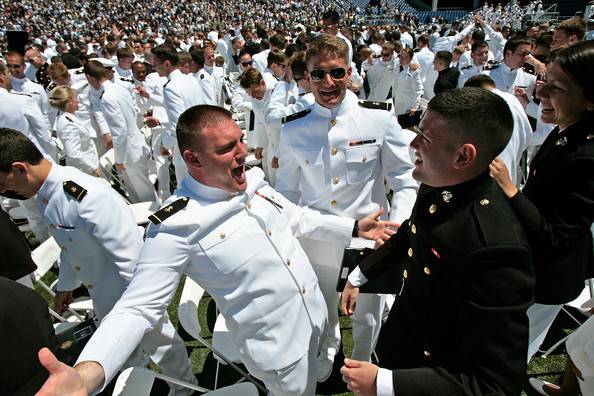 Secondly, the basis of new regional projects is again becoming nationalism. Nationalism based on ethnic or religious ideas, which once had played an exceptional historical role in the formation of many states and empires. Now, when the “society of prosperity” and rampant globalism is increasingly turning into a chimera, it is he who becomes the driver for moving forward entire nations. Understanding perfectly the creative power of nationalism, the Americans appropriated it as a national idea only for themselves, leaving for the other frankly destructive ideas of "multiculturalism", "globalism" and "multinationality". The colonies were graciously allowed to demonstrate their national identity only at sports competitions and similar events, but no more. Now the rules are changing, and no one can guarantee how this or that regional power behaves, relying on its own interests.

The crisis of imperial influence is only a consequence of a specific reason - the United States has nothing more to offer ideologically to its allies. The resource of their civilization model is close to exhaustion. In geopolitical terms, Washington is no longer considered to be the reliable defender he used to play. And it's not just that the vassals expected Obama to take tougher actions against Russia, China or Iran. The events of the “Arab Spring” and the crises that followed it clearly showed that the American “ally” itself can throw problems. For this reason, the satellites, although not in a hurry to finally break ties with the master, are increasingly distancing themselves from him, playing their own game.

Thus, the administration of Barack Obama herself limited the space for political maneuver, not only to herself, but to the next owner of the White House. In the heat of the spread of chaos in the name of saving the world dollar system, the United States of America lost something very important. Namely - the reputation of the world gendarme, without whose approval no ship, tank or plane can move in the world. Now it turns out that it can. Moreover, a number of regional forces began to act, without asking permission from the White House, and did not bear any responsibility for this. A precedent and a comfortable world are being created, in which Washington dictates its iron will to all nations, collapsing in front of astonished contemporaries. The epoch of change that sets in before our eyes dictates its own rules. Those who do not want to adapt to the new era remain behind the ship of history.