July 16 2016
83
In 1963, the Spanish-language newspapers published an interview with the leader of the Cuban revolution, as well as one of the most famous people of our time, Fidel Castro. Among the many rather traditional and customary questions, one stood out: "Which of the heroes of World War II could you call your idol?" Apparently the journalists hear the name of someone famous, but the Comandante was not so simple.

Being an educated man, he, like the legendary Che Guevara, had a great passion for books. Once, Alexander Beck’s Volokolamskoe Shosse about the exploit of the 8 Guards Panfilov Division came into his hands. One of the main characters of the book is now a little-known Soviet officer from Kazakhstan, Baurzhan Momysh-uly, and he called him his hero. But why is this hero famous? 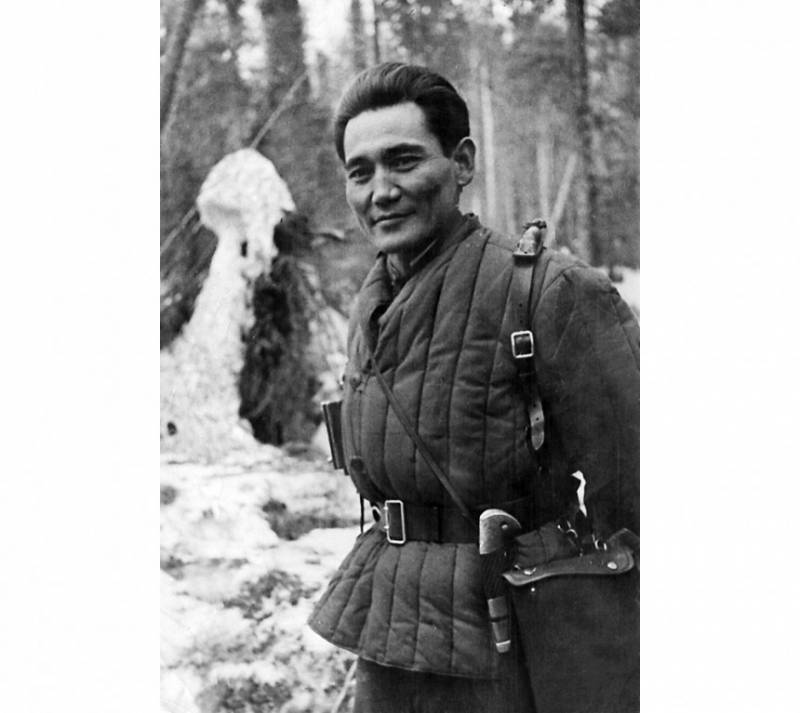 The handsome and handsome young officer went to serve in the Red Army a few more years before the Great Patriotic War. During this time, he managed to unlearn an artillery officer, took part in battles in the Far East with the Japanese army, participated in a campaign in Bessarabia. Then he went to serve in Alma-Ata, where the war caught him.

In the autumn of 1941, he volunteered to the front, just at that time an 316-Infantry Division was being formed in the city. Already at the stage of creation, it was assumed that this unit would be one of the most combat-ready - it sent adult men who had an idea of ​​the war, they were all volunteers. In the part of Momysh-uly appointed battalion commander.

The very first appointment of the division threatened to be the last - the military unit was sent to defend the approaches to Moscow. The command understood that the attacking units of the Wehrmacht would simply sweep away the 316, but it was necessary to hold the capital until the approach of the Far Eastern armies. The case was complicated by the fact that the Soviet command literally forbade the study of defensive concepts in the army, it was assumed that the Red Army should defeat offensive operations in a foreign land. For a different point of view, you could lose your position. 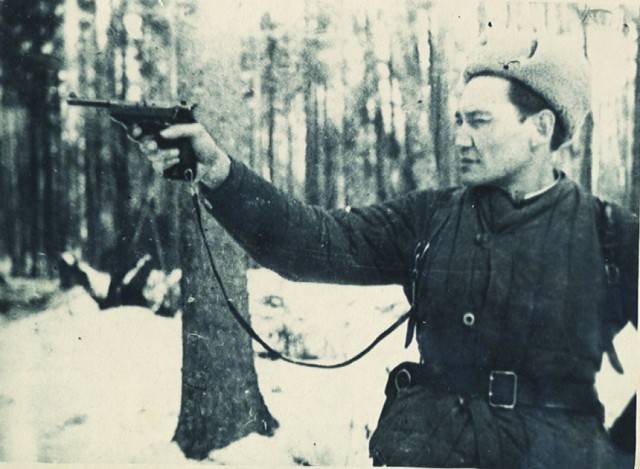 But Ivan Vasilievich Panfilov, who managed to command the 316 division, went to the trick. He developed tactics for conducting spiral fighting. In his opinion, on condition of a numerically superior enemy, it was suicide to act by the usual methods. So, his division had to keep a front longer than 40 kilometers, although according to all wartime standards they could only defend 12 kilometers. In such a situation, any concentrated blow of the enemy would break through the defenses. And then Panfilov propose to act as follows.

The unit did not need to arrange a whole defensive front. Instead, it was necessary to strike at a moving enemy column, and, after a short battle, to move away from the advancing enemy. Along the way, small ambushes and pockets of resistance were organized behind the retreating division, which lured the enemy to the side of the retreating, simultaneously delaying. After the enemy stretched, the division abruptly changed direction and returned to strike at the main forces. Such disturbing blows strongly stretched the forces of the enemy, which greatly slowed his progress. As a result, the division not only survived, contrary to all predictions, but also did it heroically, for which it was renamed 8 Guards Panfilov.

It is noteworthy that Panfilov developed only a theory, but it was Momysh-Ula's battalion who best embodied it. After joining the battle in the middle of October 1941, the battalion commander, in November, he already led the regiment, although it remained "Starley". The significance of his merits can be judged by the fact that Panfilov’s defensive theory was called the “Momyshuly spiral”

Colonel General Erich Göpner commanded the 4th tank group, and it was he who happened to encounter the tactics of a young Kazakh. During the offensive, he writes in his reports to Hitler: "The wild division, fighting in violation of all the charters and rules of warfare, whose soldiers do not surrender, are extremely fanatical and not afraid of death."

The only savagery of the international volunteer division was that they were not familiar with the German plans. Instead of dying heroically under the caterpillars of the German tank armadas, the regiment of Momysh-uly chose life and victory.

The tactics of the “wild” Kazakh can be judged by several episodes. On his very first day at the front, the lieutenant suggested that the regimental commander create a detachment of one hundred volunteers and make a night sortie with them. With him, he took only the most experienced and at night got close to one of the villages occupied by the enemy. In less than an hour of battle, three hundred enemies were destroyed.

Under the Demyansk regiment, the senior lieutenant had a chance to meet with the SS division "Dead Head". Here he again had to fight a numerically superior enemy. The goal he chose six villages occupied by the enemy. Twenty detachments into which the regiment was divided, under the cover of night, alternately attacked all the targets at once. As soon as the enemy organized the defense, the detachment retreated, and after a few minutes, another branch attacked the village from the other side. And such a hell was going on in all six directions for several hours. The famous division with a loud name held on as best it could, but was confident that it was holding back the main attack of the Soviet army. They did not assume that they were fighting with one battered regiment. During the night the losses of the Momysh-Uly fighters amounted to 157 fighters, the SS division was short of 1200 soldiers.

As we see, Starley adhered to the tactics of Alexander Suvorov - always keep the initiative in the offensive. However, modern realities had to be taken into account. Panfilov could not give one general battle. After they broke one German part, several others were thrown on them. Momysh-uly repeatedly found himself surrounded, but each time he broke through, while maintaining his battalion, regiment and division in full combat readiness.

The 30-year-old lieutenant began his legendary battalion commander in October, a month later he commanded the regiment, in February he headed his own division, while remaining a senior lieutenant. Only a few months later, one by one, he was given extraordinary ranks up to the colonel. At the same time he was promoted to the title of Hero of the USSR, but there was a refusal.

Delays with awards were influenced by its peculiar character. Co-workers characterized him as a cheerful, cheerful person who always spoke the truth. This was the cause of many friction with the authorities.

This caused a rather funny situation in the future. According to the stories of the stepdaughter Momysh-uly, her adoptive father rarely used his connections and influence, but he loved to read about himself in the newspapers. He found out how highly his exploits were done by Fidel Castro and Che Guevara and immediately sent them an invitation to visit. During their visit to the USSR, the Cuban guests immediately stated that they would like to meet with the legendary "wild" Kazakh. 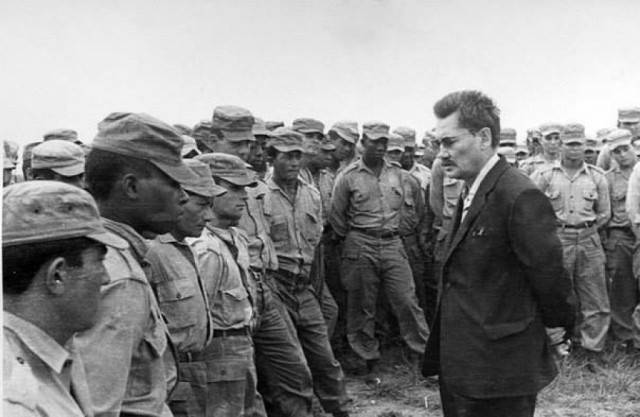 The authorities have begun to organize a meeting. But there was one snag - the apartment building where the legendary Panfilov resided was in a terrible state. Local authorities immediately offered the family to move to a new apartment, but Momysh-uly flatly refused. He said that he was not ashamed to receive guests in such a house, and if someone was ashamed of his accommodation, then let him live with it.

After long negotiations, all parties came to a compromise - the hero's house was repaired, and he settled with his family in a hotel for the period of repair. A whole delegation came to visit the commander, it turned out that Castro practically did not part with the books of Momysh-uly, but it was impossible to discuss all the topics in one short visit, so the war hero was invited to return to Cuba. In 1963, this invitation was able to be implemented. 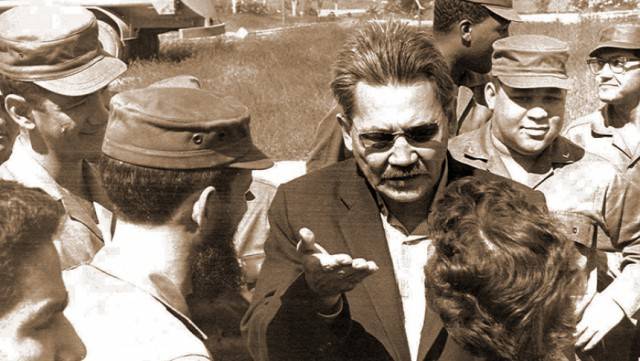 The meeting of the Kazakh legend could only be compared with the celebrations in honor of Yuri Gagarin. The Cubans hoped that their idol would hold lectures on the conduct of the war for a month, but Momysh-uly refused, saying that he would manage in 10 days, but he could not linger - the cadets were waiting for him. The hero led the military school courses "out of the encirclement without loss" and "waging night battles in the offensive." 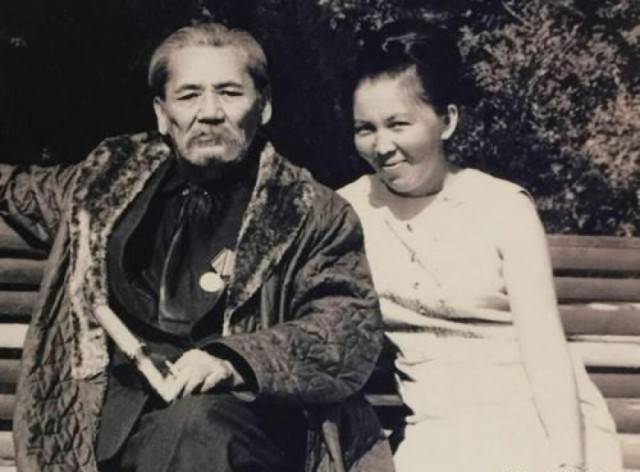