"Our president, in his Prague's 2009 setup speech of the year, charted a path that takes us on the path to a world without nuclear weapons"- said on Monday evening, answering a question from a TASS correspondent on this topic, the official representative of the National Security Council (SNB) of the United States at the White House Ned Price."

“We are always looking for additional ways to achieve progress on the path indicated by our president, while maintaining a reliable deterrent potential for the US, our allies and partners,” he added. “As we have said, we will continue to revise our planned modernization program, assess availability additional steps to reduce the role of nuclear weapons in our security strategy and look for ways to further strengthen the global non-proliferation regime. "

Naturally, they could not but respond to such publications in the Kremlin. They are well aware that the information was launched in order to probe the reaction of the political and military elite of Russia. Such a reaction, though not at the highest level, really followed.

Alexander Grushko, Russia's Permanent Representative to NATO on the Russia 24 TV channel, indicated that the potential of bilateral negotiations with the United States to reduce strategic offensive arms has been exhausted and that further progress in this direction should take into account a wide range of different factors.

“Our position regarding the possibility of further reductions is absolutely clear,” he said. “We believe that the bilateral negotiations resource in the area of ​​reducing nuclear strategic offensive arms has been exhausted. Exhausted, first of all, because the new equation of security and strategic stability must take into account all the diversity of factors which affect this stability. "

From the outside, everything looks like the desire of Americans to maintain a certain balance of strategic offensive arms. But is it really? In order to find the answer to this question, it is worth remembering what is “inside” the contract. What does he oblige us to? 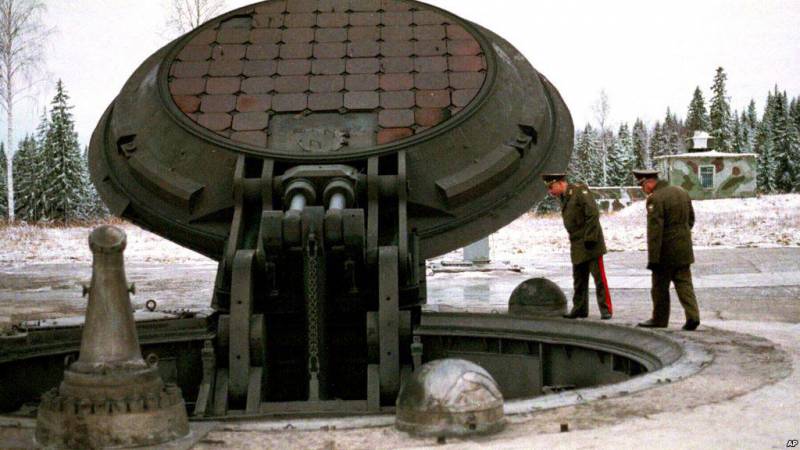 "Each of the parties reduces and limits its own strategic offensive weapons in such a way that seven years after its entry into force (and later) their total quantities do not exceed:

The treaty first introduced the concepts of “non-deployed” carriers and launchers, that is, those that are not in combat readiness, but used for training or testing without warheads.

Each party has the right to independently determine the composition and structure of its strategic offensive weapons in the total limits established by the treaty.

The contract contains a ban on the basing of strategic offensive arms outside the national territory.

There are no restrictions on missile defense. The so-called “return potential” - stockpiled nuclear warheads remained unaccounted for. Technically, this part of the nuclear arsenal can be deployed quickly enough if either of the parties “ceases”.

As can be seen from the provisions of the treaty, Russia today is not profitable. Although, in meticulous readers the question arises: why? Why the USSR such contracts were beneficial, but not for Russia? What has changed on the political map? How has the military "alignment" changed in the world in recent years?

Several factors contributed to the loss of relevance to strategic offensive arms.

First of all, the withdrawal of Russian troops from the territory of European states. What were our troop groups in Europe? Nothing more than shock forces capable of quickly taking control of all of Europe.

In reality, the Soviet troops were primarily a strike force. That "brake" for the West, which stopped any attempts to change the situation in its direction. And the withdrawal of our soldiers from European countries without serious concessions to us from the other side can be considered a betrayal. Betrayal of the USSR and Russia.

The presence of groups forced the West to create deterrence systems. It is precisely nuclear offensive weapons systems. Therefore, the conclusion of the START-1 and START-2 suited us perfectly. These treaties really contributed to the preservation of many lives in the event of a conflict.

Another important factor is the actions of NATO in Eastern Europe. So much has already been written about this that the interested reader can adequately and convincingly explain the need for an answer. The only thing worth adding in this connection is the superiority of NATO in conventional weapons, the superiority of NATO in economic and mobilization terms. The relocation of NATO units to our borders created a diametrically opposite situation. Now can we not capture Europe. Now NATO is already threatening our territories, in fact occupying a number of countries that were former allies of the USSR.

It is possible that those four battalions that will be stationed in the Baltic States and Poland - that's all. Not. Just for today, the alliance can not provide more. Therefore, there is talk at the highest level about the increase in the military spending of the member countries of the bloc. So, there will be money, there will be new divisions and units.

Another factor is also "on hearing". American missile defense in Europe. A known question. The options for its use were discussed at the highest level both in Russia and in the West. Why?

The missile defense system today is not a special problem for us. Our new missiles will easily overcome the anti-missile belt. However, by the 2020-21, the missile defense system will be equipped with new missiles. And it will radically change the situation. Our carriers, destroyed at the initial stage of the flight, will become "graves" for several warheads at once. Simply put, the Americans changed the missile defense approach itself. Not to "catch" the warheads at the final stage of the flight, but to shoot down the carrier itself. The benefit of placing "right next" to our territory makes it possible.

And in this case, today there is one effective way to fight. The missile defense system cannot "catch" a large number of missiles at once. Especially running from mobile installations. Hence, we can assume and the main issue that they want to discuss NATO.

The main thing for the West today is to reduce or completely ban the production of mobile launchers. And limiting the quantitative composition of launch vehicles. And we understand that.

To cool down our liberals, it is worthwhile to cite some facts about the implementation of START-3. What we have today.

In 2014, for the first time since the beginning of the XXI century, Russia caught up with the United States both in the number of deployed and non-deployed carriers and in the number of warheads (including due to the adoption of the new 955 nuclear-powered submarines equipped with “Bulava” missiles) with several warheads; besides, the intercontinental ballistic missiles Topol-M with one warhead were replaced by the Yars missiles with three warheads).

According to the US Department of State data on the implementation of START-3 from 1 in January 2016, the United States has 762 deployed carriers of nuclear warheads, Russia has 526. The number of warheads on deployed carriers from the US - 1538, from Russia 1648. In general, deployed and non-deployed launchers of ICBMs, SLBMs and TBs in the USA are 898, in Russia - 877.

According to experts, by 2018, when the restrictions for both sides of the treaty come into force, the approximate parity between the strategic nuclear forces of Russia and the United States will remain. Due to the fact that Russia has fewer carriers than stipulated by the contract thresholds, it has the right to increase their number, acting within the framework of START-3.

In addition, we recall that in NATO there are two more states that have nuclear weapons, but do not participate in the negotiations. This is France and the UK. How to deal with this? Yes, and other nuclear powers, China, India, Pakistan, North Korea, Israel, somehow prefer to remain in the shadows. Is the Israeli or Indian nuclear weapon worse than the Russian or American?

So, no matter how we wish to look good, to reduce nuclear weapons and means of delivery for us today is like death. To go for it means to negate all efforts to organize an effective security system of the country. And the American "carnival with dressing up in a white fur coat," the peacemaker is nothing more than an attempt to get us to start "playing by the proposed rules." And the rules that are proposed have already been tested on the USSR.