Question on the topic of the day: how much does Russia need helicopter pilots?

July 13 2016
92
The question is not from a professional in terms of the knowledge of the world of helicopters. And it is caused by the next news about the next tragedy connected with the helicopters of our VKS.


On the one hand, everything is clear. A helicopter is a combat vehicle, and its use implies a certain probability that the enemy will work on it. And, since this is a matter of survival, it will not just work out, but torn to the British flag. This is a war, there is nothing to change.

However, looking at the video to the accompaniment of jackals howls, I caught some deja vu. I have already seen such a fall. In Dubrovichi, near Ryazan, when the Golden Eagles Mi-28H crashed. And the result was the same: the pilot died. Yes, the navigator-operator survived, although he would no longer fly. Just life to live - and the good.

Plus, the events of April of this year, also in Syria. When another Mi-28H crashed.

But I prefer to leave the technical side aside, this is for specialists. The following question arises: do we have so many pilots? No, really, do we have a lot of pilots, as it may be required in the very notorious "if anything"?

It seems to me that not so much. Yes, the country is big, but if we can’t find about a dozen sportsmen from 140 millions, so that they don’t look like degenerates temporarily released on receipt, then the situation may be even “cooler” for pilots.

Again, it is clear that with the pilots so far everything is smooth. Both in quantity and quality. Otherwise, the results of the Syrian operation would be like the "partners" - imperceptible and half-paid. But - no reason, you know.

At one of the resources in the network read the opinion that, they say, it is necessary to learn from the "partners". For achievements are, but there are no losses. Of course, it is forgivable from Square to hear such a thing, because we are aware of the achievements of "partners". Actually, everything is simple: no losses, because they did not do anything. And the point.

The question is, are the rescue systems in our Mi-24 and Mi-28 up-to-date? There is an opinion that is not very. Losing six pilots in three disasters this year is a bit too much.

The rescue system is a complicated and time-consuming thing. Yes, the crew has the opportunity to get out of the helicopter and escape with the help of a parachute. If the height allows. And if it does not allow? If the height - the very notorious 200-300 meters? Or lower. It remains to rely on shock absorbing landing gear and armchairs. As they say, they must save. In practice, we see something different.

Here is a video that we shot in Dubrovich.

It is difficult to say what the height was when the crew realized that a hydraulic failure had occurred. Definitely more 100 meters. But it is absolutely clear why the pilots did not try to shoot the screws. The reason was here on earth. Thousands of 10-12 viewers, in which the blades could easily fly. And apparently, it was decided to sit on autorotation and rely on the rescue system. Did not work. Exactly half. The pilot died, the navigator survived.

However, it can be said that the systems have worked. And worked well. But here the helicopter was dropping evenly, so there were chances. And in Syria, unfortunately, the fall was at an angle.

Today's day makes one reluctantly think, and whether that’s the way, comrades? Yes, there seems to be no problem with helicopters. The best in the world, the very best and all in that spirit. Normal spirit, our flying technique is really the best. And we have great pilots. They know how to distinguish an oil tanker from an excavator and destroy a gearbox or convoy of trucks without the use of nuclear ammunition.

This, by the way, is a reason to think about the fact that pilots should not just be taken care of. And take good care.

Someone may say that military pilots - it is for that and the military to fight. And combat use is always associated with risk.

I agree. But why not reduce this risk? Moreover, there is something. In addition to the Pamir-K armchair, which the Mil helicopters are equipped with, Zvezda NPK also produces such a thing as the K-37-800 product. Ejection seat, which is used in the Ka-50 and Ka-52 helicopters. Naturally, unparalleled in the world. 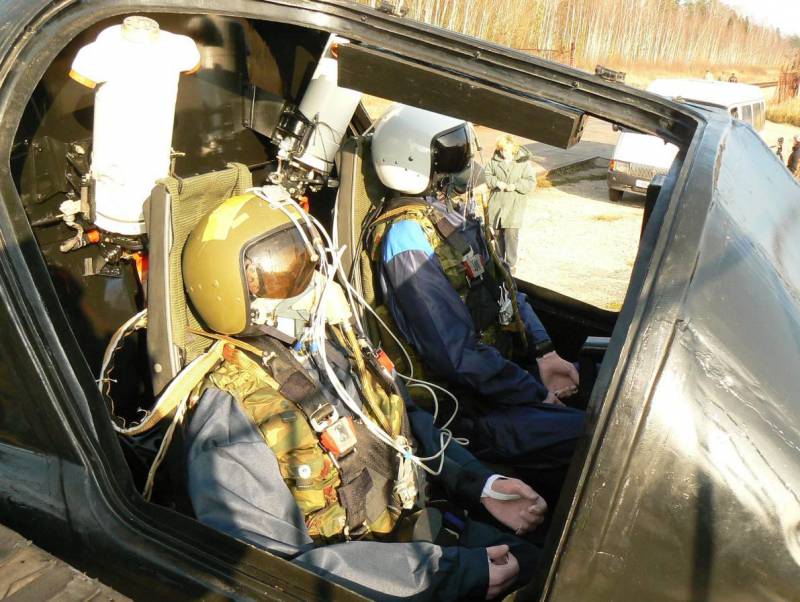 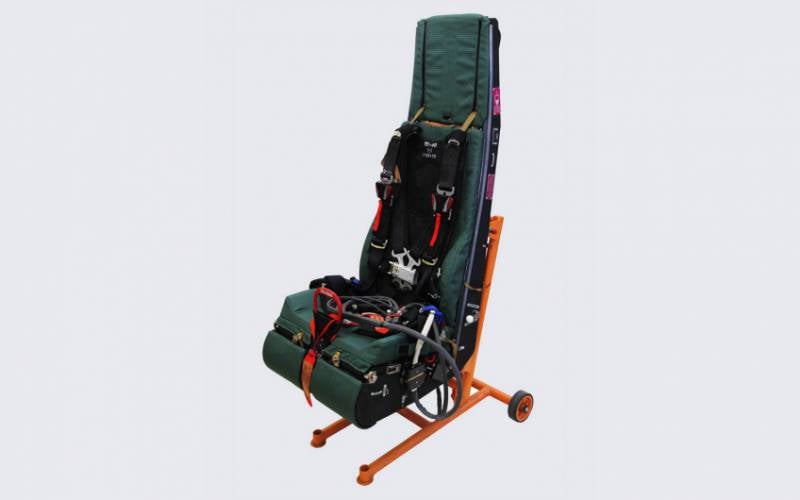 This CAS allows the pilot to catapult in the speed range from 90 to 350 km / h and at altitudes from 0 to 5000 meters. Ka-52 and Ka-50 helicopters are equipped with this system.

For me, the secret behind seven seals is why the Chief of the General Staff Yury Baluyevsky decided in 2005 that Ka-50 helicopters were suitable "for special operations," and the Ministry of Defense decided to make the Mi-28Н main attack helicopter. It is difficult to say what was behind the scenes of this decision, what games of our two manufacturers, but we are beginning to reap the benefits today.

The helicopter pilots suffered losses both in Afghanistan and in Chechnya. But then, as if there was no choice. Today there is a choice. And I think it is worth thinking about this issue. Today we are not in a position where you can scatter flying cadres. Still, any pilot is a high-class specialist who takes years of training.

Of course, in helicopters, I am not a specialist. But for helicopter pilots it is impossible not to have the deepest respect, because in combat practice you get almost kamikazes. And I would not want to. And the new must be taught, and the old cherish. Pilot, you know, this is not a machine gunner, you will not mold it in six months.

I think that our helicopters will express their opinion.