July 16 2016
27
Caracas traditionally bought in the USA and Western countries quite a lot of military equipment for the classical, and not only for counterguerrilla warfare, which differed from most of its neighbors. After Hugo Chávez came to power and a change in political orientation, a significant number of highly advanced weapons and military equipment in Russia and China was acquired, thanks to which the Venezuelan armed forces confidently entered the top three strongest in the region precisely in terms of readiness for a classic war.


The Venezuelan army in all components significantly exceeds the Colombian (very tense relations between the neighboring countries). True, because of the almost complete rupture with Washington, significant problems arose with the maintenance of American equipment, which had to be transferred or deposited earlier than it should have been. But Caracas managed to maintain normal relations with a number of European countries, where a certain amount of military equipment was also acquired. However, due to the fall in oil prices, the country was in a difficult economic situation, therefore, arms purchases both in Russia and in Europe have almost stopped, although equipment from China continues to flow. 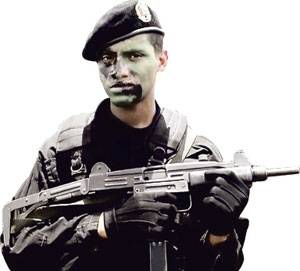 The Navy and the Coast Guard, unlike the ground forces and the Air Force, did not acquire Russian equipment, so they did not receive significant superiority over fleets neighboring countries.

As part of the Navy - 2 relatively new German submarines of the project 209 / 1300 and 6 frigates of the type “Sucre” (Italian “Lupo”), of which 3 are practically inefficient. The 6 corvettes of the Canadian constitution-type are in the ranks, of which 3 are RCC carriers. Also there are 9 of the newest patrol ships: 8 of Spanish construction (4 of the “Guaykeri” and “Guaykamacuto” types), 1 the Dutch “Damen 4207” (the construction of another 5 is supposed). There are up to 16 patrol boats of American construction (3 – 4 of “Petrel” type (“Point”), 10 – 12 of “Gavion” type) and a significant number of small patrol boats, all of them belong to the Coast Guard.

By Latin American standards, the Venezuelan Armed Forces have a very high potential. At the same time, the prospects of the country as a whole and its Armed Forces in particular are far from bright. The fall in oil prices has led Venezuela to an unprecedented global economic disaster. At the same time, Maduro does not possess even one percent of the charisma of the late Chavez, therefore she is unable to somehow bring down the rapidly growing discontent of the population. The real question now is how soon Maduro and his supporters will be removed from power and in what way - democratic (Latin American socialism does not cancel free elections) or force.

In the past two decades, it was Venezuela that stood at the forefront of a new wave of Latin American socialism thanks to a combination of impressive oil revenues and the equally impressive charisma of Chavez. Now there is neither one nor the other. The leftists have already lost the elections in Brazil and Argentina this year. Their defeat in Venezuela will mean that “people's socialism” is losing ground on the scale of the whole continent (however, it’s not a fact that it will be forever). One of the consequences will be that Moscow’s political support at the UN will decrease, and the potential market for Russian arms will narrow. For us, this is not a disaster, but a certain nuisance.