In the trenches of Washington 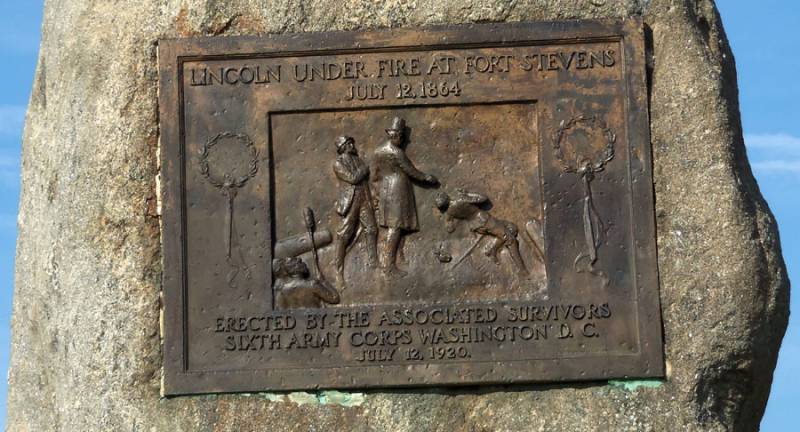 11 July 1864, the army of Confederate States General Jubal Early, attempted to seize the capital of the United States of America, Washington. It was the last in stories American Civil War case of the Confederate invasion of the Union. The attempt was initially hopeless, since the Washington fortification protected more than 31 thousands of soldiers and 486 guns, and Earley brought only about 10 thousands of fighters with a couple of dozen small guns.

Commander of the Army of the South, General Lee, sending Erly on a campaign against Washington, did not even hope that he would succeed in taking and holding the city. He considered this raid only as a diversion to ease the onslaught of the unionists and force them to at least partially withdraw the troops that threatened the Confederate capital, Richmond. On July 7, the Earley convoy entered the territory of the state of Maryland, knocking down the federals barrier at Monocasi. Then the Southerners circled Washington in a wide arc and at noon 11 July came out to him from the northwest, believing that in this, the rear direction, the city fortifications would be weaker. However, there was also a chain of forts, although more rare than in the south, east, and southwest.

Looking around on the ground, Earley decided to break through the defensive perimeter at the site of Fort Stevens. But the general did not dare to attack immediately, because there was a suffocating heat, and his soldiers were very tired of the long march. Assault fort postponed until the evening. It was a mistake, as the northerners managed to transfer reinforcements to the threatened area. In addition, Southerner soldiers found several barrels of whiskey in the basement of the estate of a certain Montgomery Blair, occupied by them. Strong alcohol in the heat and without snacks poured no worse than grapeshot, as a result, in a couple of hours a significant part of Erly’s army lost its combat capability.

From the assault had to be abandoned. Instead, the Confederates entered the sniper and artillery duel with the garrison of the fort. But in this duel, they found themselves in a deliberately disadvantaged position, since heavy serf guns inflicted more serious losses on them than their light field guns on the feds. In addition, the fort's 24-pounds fired on. At about 5 hours, the Confederates undertook reconnaissance by force to capture the advanced pickets of the fort, but this attack was easily repulsed.

The exchange of fire continued throughout the night, and the next morning President Lincoln himself arrived at the fort with his retinue. He gave a sensible speech to the soldiers, speaking in the spirit that America is great, but there is nowhere to retreat, Washington is behind! Then the president, although he was discouraged, climbed onto the parapet to look down upon the southerners through a telescope. Retinue, not wanting to pass for cowards, climbed behind him. Of course, this group immediately attracted the attention of enemy snipers. A bullet whistled a meter from Lincoln, seriously wounding his personal physician, but the president did not flinch and did not show fear, and bravely left for the White House. In 1920, the Americans solemnly installed a memorial plaque on the site of this historic event.

12 July Earley did not dare to storm, and the guns of the northerners continued to mow his army. In the afternoon, the feds launched a successful raid by two infantry brigades, clearing the territory adjacent to the fort from enemy snipers. In the evening, the Confederate general, realizing that Washington nut was too tough for him, ordered the retreat. The two-day standoff at Fort Stephens cost the Northerners in 372 dead and wounded, the majority of which they lost during the raid.

The losses of the southerners are not precisely calculated and are approximately estimated at 500 killed and missing. Strategically, the Confederates did not achieve anything, since the unionists, contrary to the expectations of General Lee, did not recall a single platoon from the front to defend Washington. On the screen saver - a plaque installed on the spot where Lincoln decided to demonstrate his heroism. 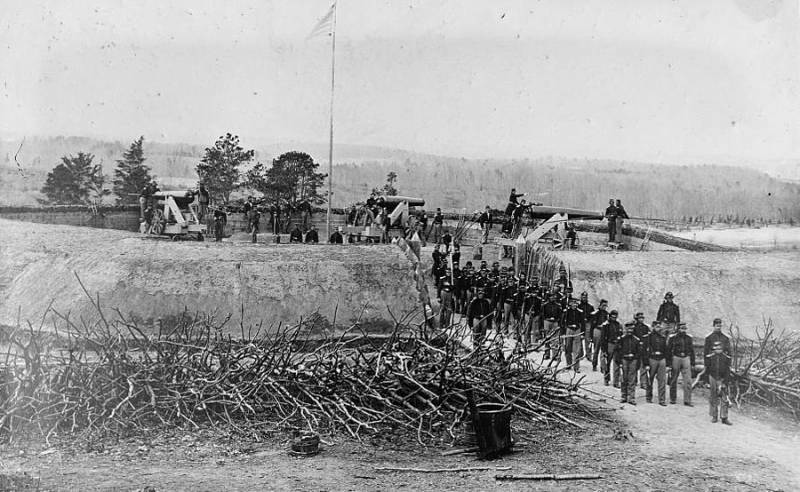 One of the batteries of Fort Stevens. 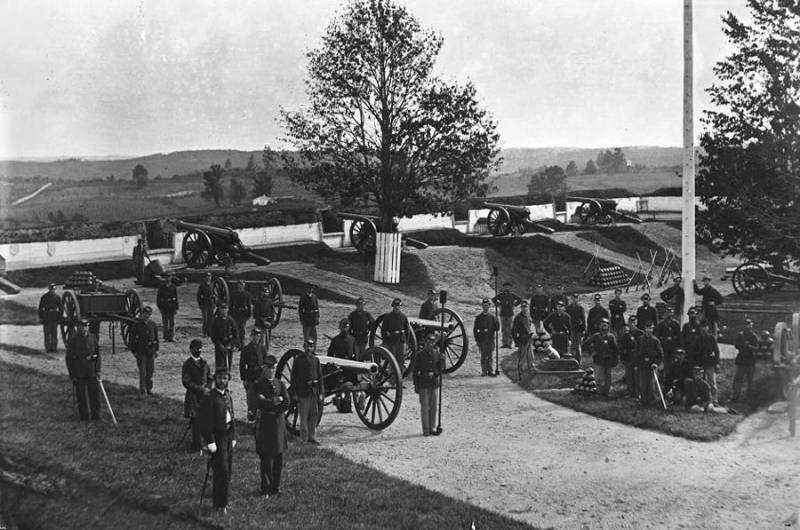 Another barbett battery of the fort with guns on the field carriages. 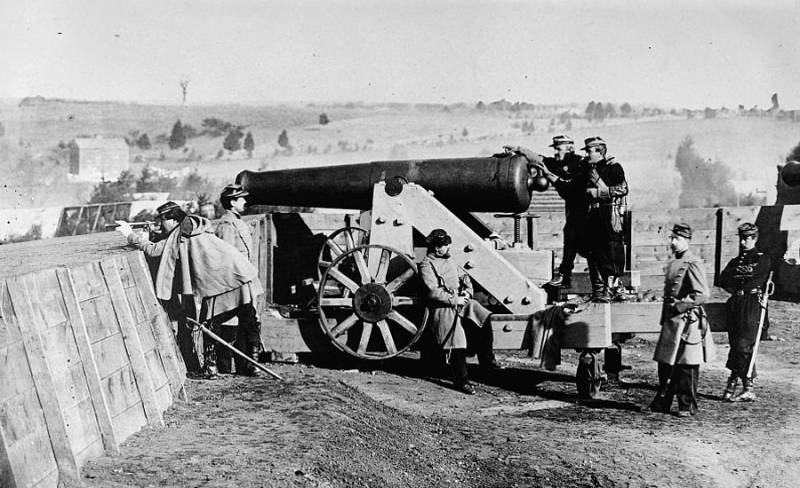 24-pound serf guns of the northerners on the defense of Washington. 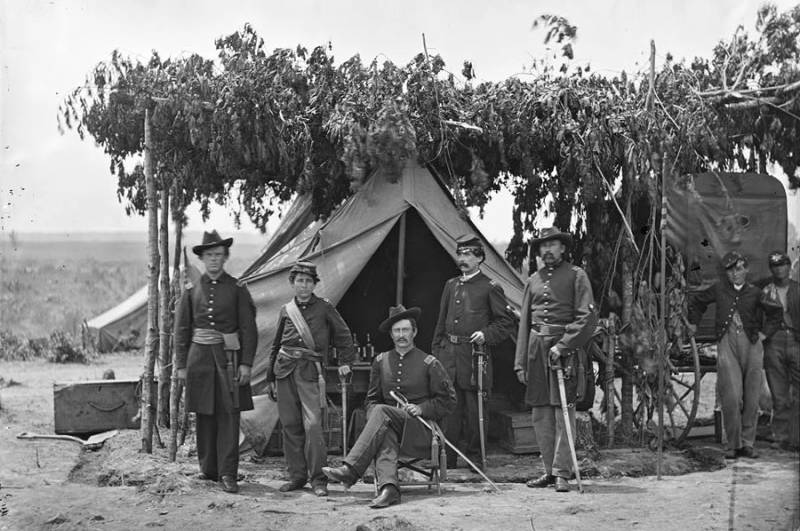 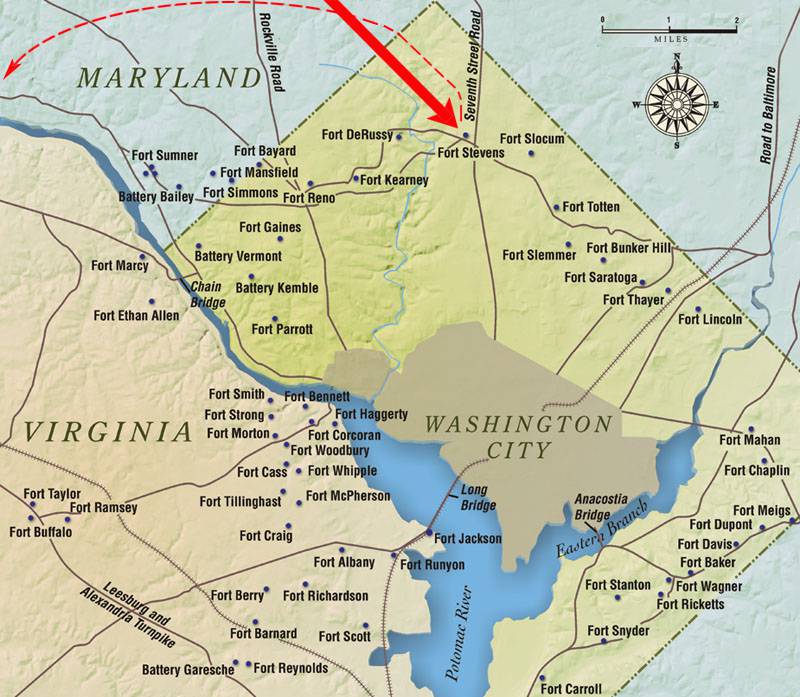