Heroes of the war: the loss of the Armed Forces of the Russian Federation during the Syrian operation 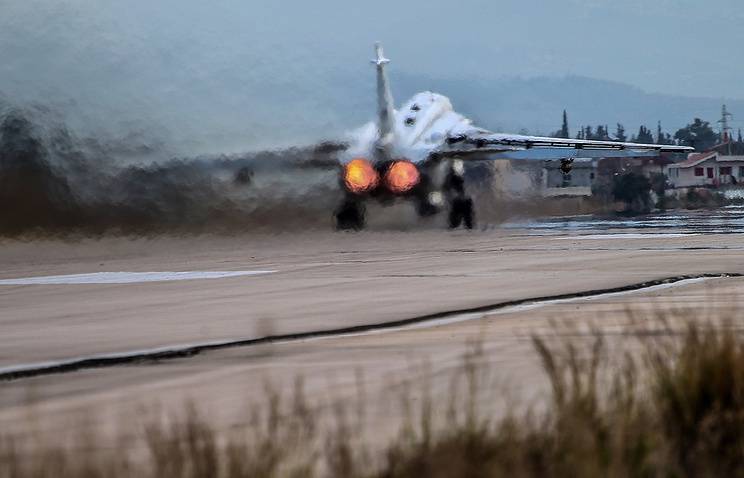 Given this incident, the combat losses of personnel and equipment of the Armed Forces of the Russian Federation during the operation in Syria amounted to a total of 12 people, two helicopters (Mi-8 and Mi-28Н) and one aircraft (Su-24М).

Killed November 19 2015. While performing a combat mission in Syria.

The officer provided guidance of airborne cruise missiles to the position of terrorists, the details of his death are unknown.

The loss was officially confirmed by 17 March 2016 at the awards ceremony. He was awarded the Order of Courage posthumously.

The school near Bryansk received the name of a Russian officer who died in Syria. He was buried in his native village, where his mother will now live.

The pilots managed to eject, they were fired from the ground, the pilot, Lieutenant Colonel Oleg Peshkov was killed.

According to the Turkish side, the bomber was shot down due to violation of the air border of this country. The Russian Defense Ministry denied the fact that the Su-24M was in Turkish airspace.

The navigator of the downed bomber - Captain Konstantin Murakhtin - was rescued by special forces of the Russian Armed Forces and the Syrian army. Awarded the Order of Courage.

The name of the Hero of Russia is immortalized on a memorial tablet in the village of Kosiha near Barnaul, where he was born and raised. Memorial "Countrymen who died in local conflicts", which contains his name, is located on the Alley of Heroes of the Great Patriotic War.

The head of the Altai Territory, Alexander Karlin, reported that three monthly nominal scholarships named after Hero of Russia Oleg Peshkov were established in the region for students of the Altai boarding school with initial flight training for them. Hero of the Soviet Union K.G. Pavlyukova.

The pilot's name will be assigned to the new school of Lipetsk №100. It will create an aviation museum.
June 12, a monument to Oleg Peshkov was unveiled in the Amur Region.

“It was a dedicated, courageous, highly qualified pilot. Everyone whom he taught speak of him as a very good instructor who could explain everything”
Konstantin Murakhtin
The navigator of the Su-24M bomber shot down in Syria, major

24 November 2015, in search of the pilots of a downed Su-24M bomber, helicopters of the Russian Aerospace Forces flew out of Russia, during the operation one of them (Mi-8AMTSH) was damaged by shelling from the ground. A marine contract soldier, a sailor Alexander Poznich, was killed on board.

The helicopter made an emergency landing on neutral territory, the crew and personnel of the search and rescue team were evacuated, the car itself was later destroyed by mortar fire from the territory controlled by the gangs.

Sailor Alexander Pozynic (posthumously) was awarded the Order of Courage.

Porynych was buried in the Alley of Military Glory of his native city of Novocherkassk.

Memorial plaques commemorating Su-24M bomber commander Oleg Peshkov and marines Alexander Pozyniche in memory of those killed in Syria were installed on the Amur federal highway (Chita - Khabarovsk) near the village of Vozzhaevka, Amur Region.

"Saving his comrades, Alexander defended the country, city, family. He fully fulfilled the duty, giving his life for peace and tranquility. It was decided that the school number XXUMX of Novocherkassk city, in which Pozychnich studied, would be named after him"
Vasily Golubev
Governor of the Rostov Region

1 February 2016 as a result of a mortar attack by terrorists of the IG of one of the Syrian army formations, a Russian military adviser, Lieutenant Colonel Ivan Cheremisin, was mortally wounded.

According to the Ministry of Defense of the Russian Federation, the officer carried out tasks to assist the Syrian army in the development of new weapons supplied under the existing interstate contracts of military-technical cooperation.

For the first time, official news about Ivan Cheremisin was revealed to 17 in March of 2016 at the awards ceremony.
The soldier was posthumously presented to the state award.

Senior lieutenant of the Special Operations Forces Alexander Prokhorenko died on March 24 2016 near the settlement of Tadmor (Palmyra, Homs province) while performing the task of targeting Russian planes at the targets of IG terrorists.

According to the representative of the Russian home base Khmeimim in Syria, "the soldier heroically died, causing a fire on himself, after he was discovered by terrorists and surrounded."

11 April 2016. He was posthumously awarded the title Hero of the Russian Federation.

The authorities of Orenburg decided to name one of the streets of the city by the name of Prokhorenko.

Prokhorenko was born 22 June 1990, in the Orenburg region in a working-class family. In 2007, he graduated from the Gorodets secondary school with a silver medal, entered the Orenburg Higher Anti-aircraft Missile School, and at 2008, due to the closure of the school, he was transferred to the Military Academy of Army Air Defense of the Russian Armed Forces, where he graduated with honors.

12 April 2016, while performing flights in the city of Homs, the Mi-28H HKS of Russia crashed.

According to the press service of the Ministry of Defense of the Russian Federation, "there was no fire impact on the helicopter," the cause of the disaster was the piloting error.

11 May 2016, the Russian Defense Ministry reported the death of Russian sergeant Anton Yerygin in Syria.

5 May he was seriously injured in the Syrian province of Homs while carrying out tasks to accompany the cars of the Russian Reconciliation Center of the warring parties and died in the hospital two days later.

12 May soldier was buried in the cemetery in the Voronezh village Chertovitsy.

15 June 2016 in the province of Homs, Andrei Timoshenkov, a security guard of a humanitarian convoy of the Russian Reconciliation Center of the warring parties in Syria, prevented a breakthrough to the place of issuance of humanitarian aid for a car filled with explosives.

During the explosion of the suicide-driven car, Tymoshenkov received a wound that was incompatible with life and died on June 16.

He was sent to Syria in April 2016, a month later he was injured as a result of a mine in the province of Aleppo.

The soldier underwent surgery in Moscow, however, he died on June 7 in the Main Military Clinical Hospital. N.N. Burdenko.

8 July 2016 in the Syrian province of Homs, Russian instructor pilots flew around a Syrian Mi-25 helicopter (export version of the Mi-24) with ammunition.

Having broken through the defenses east of Palmyra, a large detachment of IS militants attacked the positions of the Syrian troops and rapidly advanced into the region.

The crew of the Mi-25 decided to attack the terrorists. Having spent the ammunition, the helicopter at the turn on the reverse course was hit by fire from the ground and fell in the area controlled by the Syrian government army.

Vadim Kostenko. Non-lethal loss
27 in October 2015 in the Ministry of Defense of the Russian Federation confirmed the death of a technical specialist, contract serviceman Vadim Kostenko, who committed suicide at the Hmeimim airbase.

According to the military, the cause of death of the 19-year-old contract soldier was suicide "during off-duty hours due to unfavorable personal circumstances outside the unit".