Warsaw insanity: "Russia stood at the origins of the Volyn massacre"

July 12 2016
166
Polish elites, who were clearly impressed by the fall of Petro Poroshenko’s knees in front of the Polish memorial to the victims of the Volyn massacre, decided to use the Ukrainian point of view on the Volyn region’s 1943 events. So, in the Polish newspaper kresy.pl There were statements by the Polish Defense Minister, Antoni Matserevich, who blames the genocide of the Polish population on (attention!) Russia ... it was Russia that "stood at the origins of the massacre in Volyn." Not Putin? ..


Matserevich recognizes the Volyn events 73-old-year-old as genocide against the Polish population, he also acknowledges that the massacre was organized by Bandera. But then the “logic” of the Polish minister causes, to put it mildly, surprise. According to Matserevich, the UPA detachments "could act according to the plan of the NKVD." If so, then does it mean that Macerevich blames Bandera for links with the NKVD? And how will the Bandera fans in Ukraine look at this? 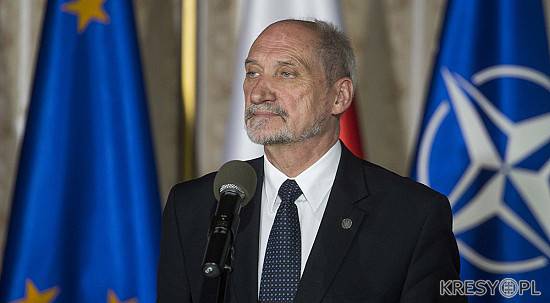 In fact, this completely repeats the "version" of certain representatives of the Maidan authorities of Ukraine and pseudo-historians of the "nezalazhnaya" state that the "oaths of Muscovites", namely the Soviet special services, were involved in the events in Volyn. At the same time, thousands of proofs that the massacre of tens of thousands of Poles was staged by Bandera executioners, who swore allegiance to Nazi Germany, are not at all interested in such people. Apparently, they are not interested in Pan Macerevich, who in his Russophobia clearly reached the obvious insanity, making absurd conclusions upon rejection historical facts.

PS In the case of the Polish minister, the term "Warrant" in Russian appears to have the right to life ...

Ctrl Enter
Noticed oshЫbku Highlight text and press. Ctrl + Enter
We are
The Ministry of Defense declassified the archives of the activities of the UPA during the Second World War
Military Reviewin Yandex News
Military Reviewin Google News
166 comments
Information
Dear reader, to leave comments on the publication, you must sign in.