E-3 "Sentry" of the NATO "for the fight against ISIS" is another Stoltenberg's fairy tale. The militarization of Bulgaria and Romania 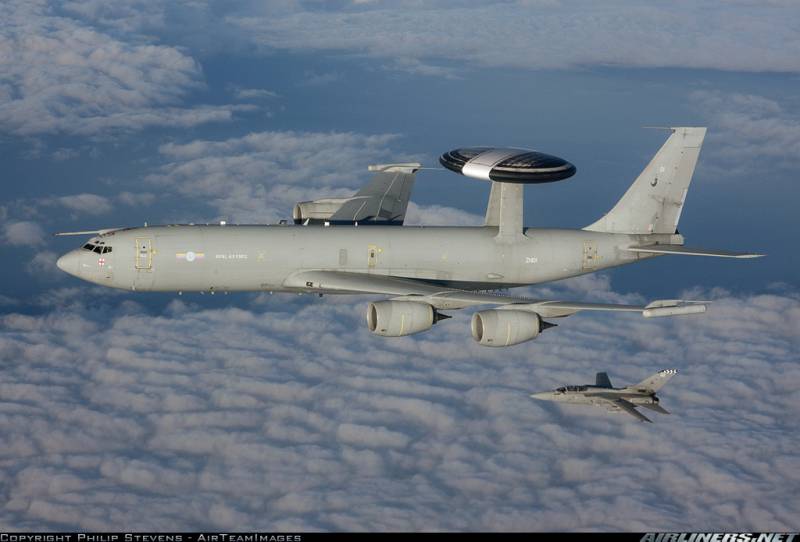 The NATO summit, held in Warsaw on July 8 and July 9, was full of loud statements and decisions that could not but affect the level of oblique relations between Russia and the alliance. The Russian ambassador to NATO Alexander Grushko described the situation very correctly. Giving an interview to the journalists of the Kommersant newspaper, Grushko dwelt on the Alliance’s disregard of the non-compliance of the Minsk agreements with the Ukrainian side, as well as shifting all responsibility for the deteriorating situation in the Donbas to the Russian leadership.

The “military planning” trail of the NATO command begins to pose a real threat to the Russian Federation at the European theater of military operations, which will inevitably lead to the need for a reciprocal increase in the combat potential of the Baltic and Black Sea fleets, as well as air force groups on the western borders of our state. The repeated increase in NATO’s operational response forces in the Baltic States, Poland, Romania and Bulgaria to “contain the Russian threat” forces us to think seriously about the approach of the Third World War, since the militarization of Romania and Bulgaria (the 2 ground forces battalion will be stationed there) only indicates that These countries of South-Eastern Europe are preparing a powerful operational-strategic reserve of military equipment and NATO personnel, which, if necessary, can be sent to reinforce one of sagging wing alliance troops in Eastern Europe and the Baltic countries where the part of Russia and Belarus block the sun quickly block the aggressive actions even within the "Suwalki corridor."

The North Atlantic Alliance is preparing serious sea confrontations in the Black and Mediterranean Seas, as well as destabilizing actions in the south-western Russia (South and North Caucasus) to divert the groups of forces of the Southern Military District in the Volga region and the Krasnodar Territory from a breakthrough from Ukraine. After all, all the small details, ranging from the most inconspicuous to significant, add up to one big picture: strengthening the American embassy in Moscow, deploying operational forces in Bulgaria and Romania, supporting Georgia, sending dozens of counter-battery radars to Ukraine, operational transfer of British naval forces to Jordan for training "Shamal Storm", and, finally, access to combat duty of almost all US AUG. Obviously, the arguments about the containment of the People's Republic of China do not tally here.

It is unlikely that the Russia-NATO Council, which will be held on July 13 in Brussels, representatives of the Russian Federation will hear a clear and reasoned explanation of the alliance’s actions, which was demanded by the official representative of the Russian Foreign Ministry, Maria Zakharova, but the general atmosphere of the council will indicate a further trend.

IS THERE A CONNECTION BETWEEN “AVAKSAM” AND THE FIGHT AGAINST DAISH?

Against the background of what is happening, NATO Secretary General Jens Stoltenberg, at a press conference in Warsaw, hung on the ears of the Russian and Western European media reporters another info about the use of an E-3 Sentry air force aircraft of one of the NATO member countries as an aid to fighting ISIS. Apparently, it meant either "AWACS" French Air Force (E-3F), or a similar machine of the British Air Force (E-3D). The question of the use of "AWACS" to support the air operation of the Western coalition against the IG was discussed as early as January, but until this summer it had long been forgotten until information appeared about sending the Admiral Kuznetsov Russian TAVKR to the shores of Syria with 279 OKIAP on board. What DAESH can we talk about here?

From modern military stories It is known that the US Air Force uses E-8C “J-STARS” ground targeting aircraft to monitor the movement of ground military equipment. During the start of the Gulf War, in 1991, the 2 first sides of the E-8A version were sent to Riyadh for targeting mobile ground launchers of the Iraqi OTRK Elbrus, as well as to monitor other equipment of the Saddam troops Hussein The centimeter multifunctional radar of the BO (side view) AN / APY-3, which easily identified the 9P117M launcher with the OTBR 8K14 at a distance of about 175 and more than kilometers, showed itself to be excellent. The mode of the synthesized aperture allowed us to accurately classify any type of ground unit while simultaneously mapping the square of the terrain on which this unit is located.

For example, from our side, the reconnaissance of land (and underground) DAISH facilities from February is periodically conducted by a similar “J-STARS”, but at times more advanced, Tu-214Р aircraft, which has subsurface radiolocation capabilities, and about A-50U, which also often present in the sky of Syria, no one invents any kind of misinformation. Everything is clear and clear: “airborne radar” monitors the airspace of the SAR and on the border air borders of neighboring states with the aim of avoiding a repetition of the situation that happened with our Su-24M last fall.

But what NATO is going to do is suggestive. Four Turkish aircraft RLDN "Boeing 737 AEW & C" is enough to observe what is happening in the SAR from Turkish airspace, and then transmit information to the headquarters of the alliance. But for something it also took "Sentry".

Unlike the Boeing 737AEW & C, the E-3F / D are equipped with a more efficient AN / APY-2 all-round headlamp radar system. Airspace scanning in azimuth is carried out using the drive of rotation of the antenna post in a radio-transparent mushroom-shaped fairing, in elevation - by electron transfer of the beam. The detection range of targets with an RCS of about 1 m2 for AN / APY-2 is up to 425 km. The maximum number of targets tracked by the AN / APY-2 is 600 targets against a total of 180 targets from the MESA radar installed on Turkish Peace Eagle AWACS aircraft. The detection ranges of air targets for these radars practically coincide. 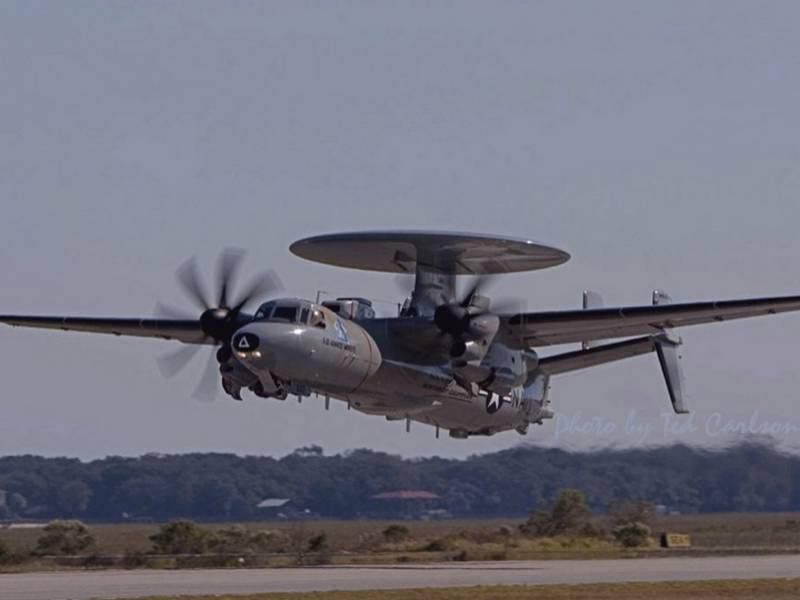 It is known that according to the E-2D Advanced Hawkeye program, work was carried out to expand the frequency characteristics of the AN / APY-9 RLC for work on radio-contrast targets and other small-sized objects “hidden” in concrete structures. Even these cars would be more expedient to monitor the IG, than the “Sentry” sharpened for air battles.

In other words, NATO needs more capacity for its "sentinel system", which may indicate preparations for a major conflict, where hundreds of our "Calibers", fighters and drones will have to be tracked. aviation complexes. Such a large concentration of the NATO AWACS aircraft was not observed either in the Desert Storm or in Yugoslavia, where the NATO adversary possessed combat aircraft, unlike IS. So draw your own conclusions. Sending the Sentry to the Middle East just for the sake of using the AN / AYR-1 RER station does not make any sense, and it is economically unprofitable, since the deck F / A-18G and E-2C / D, present in the region as part of two American carrier strike groups.