July 12 2016
47
Experts state the fact of the growing dependence of the world economy on oil produced in the Middle East. With low prices, Saudi Arabia does not intend to reduce production rates. According to the head of the International Energy Agency Fatih Birol, the largest shares in the oil market today belong to Saudi Arabia and Iraq. And the demand for their supply is growing. Now the Middle Eastern states produce 34% of the world volume of "black gold". 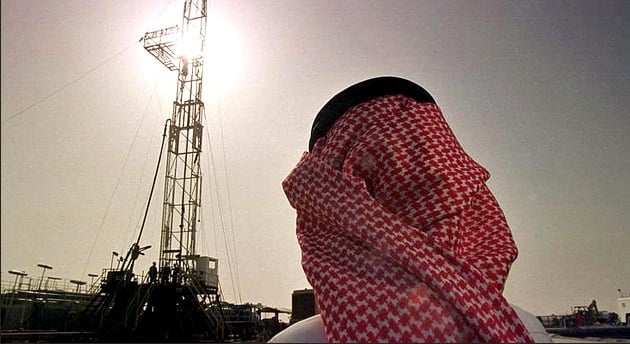 As the newspaper reported Financial Times, the world economy is “risking” to be more and more dependent on Middle Eastern oil.

Executive Director of the International Energy Agency (IEA), Fatih Birol, told the Financial Times correspondent that the leading Middle Eastern producers (Saudi Arabia and Iraq) currently have the largest share in the global oil markets after the 1970 Arab embargo. The demand for their oil has grown amid falling prices for mineral raw materials over the past two years. The price decline has negatively affected the performance of a number of countries where the extraction of raw materials is more expensive. The article refers to the USA, Canada, Brazil, where production over the past 2 has declined.

As the head of the IEA said, some politicians are at risk of giving the world a pattern of complacency. This is especially true of North American politicians who have assured the world that US energy supplies will surpass the sales of Middle Eastern oil, on which the world now depends. “The source of imports number one is the Middle East,” Mr. Birol stated categorically.

Middle Eastern producers now give 34 percent of world production, producing 31 million barrels per day (according to IEA). And this is the highest figure since 1975 of the year (the corresponding share then was 36 percent). For comparison: in the 1985 year, when production in the North Sea increased, the share of Middle Eastern countries fell to 19 percent.

The rapid growth in US production of oil from shale deposits caused a collapse in oil prices in the middle of the 2014 year. However, unlike 1980's situation, oil producers entering OPEC (led by Saudi Arabia and its allies in the Persian Gulf) decided not to reduce, but to maintain production volumes in order to protect market share. Thus, they were interested in volumes, not price.

Gasoline has fallen in price, and the former efforts of states to improve energy efficiency and reduce emissions into the atmosphere have gone down the drain. Motorists are back to buying large amounts of fuel for cars, and at the same time large cars. In the US, the number of purchased SUVs has increased significantly (more than 2,5 times). Even more concern for environmentalists and politicians is caused by China, where the number of purchased SUVs has more than quadrupled. China has become the center of growth in oil demand over the past decade, becoming the second largest consumer of oil after the United States and surpassing the United States as the world's largest importer of “black gold” last year, the newspaper reminds.

In the meantime, energy investment declined by hundreds of billions of dollars: in 2014, oil companies began to take drastic cost-cutting measures.

Oil supplies outside OPEC, including the United States, will fall this year, said Mr. Birol. But a holy place is never empty: a high level of production in Iraq, Saudi Arabia and Iran will fill this gap.

"The Middle East reminds us that it is he who is the main actor in setting a low price for oil," Birol said in an interview. According to him, this region will have three-quarters of the growth in oil demand in the next two decades.

Mr. Birol believes that American politicians need to introduce more stringent fuel efficiency targets in order to reduce demand. Despite production in the United States, the world market cannot completely get rid of its dependence on Middle Eastern oil. "Oil production in the United States will increase, but the US is still an importer of oil, and there will be more for some time," the expert believes. According to the opinion that the export of shale oil from the United States will allegedly develop "in parallel" with exports from the Middle East, Birol does not share. According to him, he would not have signed such statements.

Other experts with such categorical statements hardly agree.

Nevertheless, the publication notes that there are other estimates. For example, experts at the BP Statistical Review believe that the United States is still inferior in its reserves to Russia and Saudi Arabia, as well as Venezuela, Canada, Iraq, Kuwait. True, there is one important caveat: BP analysts calculate such reserves according to official data, and they often indicate reserves and undiscovered deposits.

The publication cites the opinion of Richard Mallinson (Richard Mallinson), an expert of the London company «Energy Aspects». He recalls that the volume of reserves is undoubtedly a decisive factor, but the price of a barrel of oil remains important.

According to him, the growth in the US does not cancel the role of Saudi Arabia and Russia. Oil from those cheaper. Shale oil is generally rarely cheaper than 40 dollars per barrel. That is why OPEC was able to survive the fall in prices over the last 2 of the year relatively painlessly.

As for Russia, it should be noted that it is increasing production and exports in parallel with Saudi Arabia and other countries of the Middle East. There is no need to talk about any “freezing” of production for the sake of influence on the world price.

According to the Ministry of Energy, which appeared in the press in July, the level of oil production in the first half of 2016 increased by 4,9% compared to the same period of 2015 of the year and amounted to 5,55 million barrels per day. What a frost here! Oil production in the Russian Federation in June of the current year increased by 1,14% (compared to last year), having increased to 10843 million barrels per day, they note "New News". It grows every month since July 2014.

Oddly enough, other Russian experts believe in the “freezing”. For example, Maria Belova, senior analyst at Vygon Consulting, said about the oil situation Reedus following: “The world situation at present is such that the demand for crude oil is growing annually by 1,2 million barrels. To meet this demand no one except the countries of the Middle East, can not. The US consumes almost all the oil they produce. Russia froze production volumes in a desperate attempt to prevent a further fall in prices. Therefore, the overall balance remains about the same. ”

Saudi Arabia made a sure bet on the oil market and won. At a lower cost of oil than Russia, it infringed the interests of the latter. Most importantly, she successfully played against the United States with their far-reaching shale plans. With the current low price of oil, Americans do not interrupt the supply of oil from the Middle East. In addition, almost all of the oil produced in the United States is consumed by the Americans themselves. Including those who in the past two years, actively buying SUVs.

Russia, which has increased oil production, could fill the budget and reserve funds with currency, however, it is hindered by a drop in oil prices, which is directly related to the cunning games of the Saudis on the black gold market. Of course, if the Russian economy did not have a strong dependence on the oil trade, the blow would not have been so serious.

Recall, in just three days, from 4 to 7 in July, Brent oil, which is customary to navigate in the markets when pricing for Urals, fell in price from 50 to 46,5 dollars per barrel.