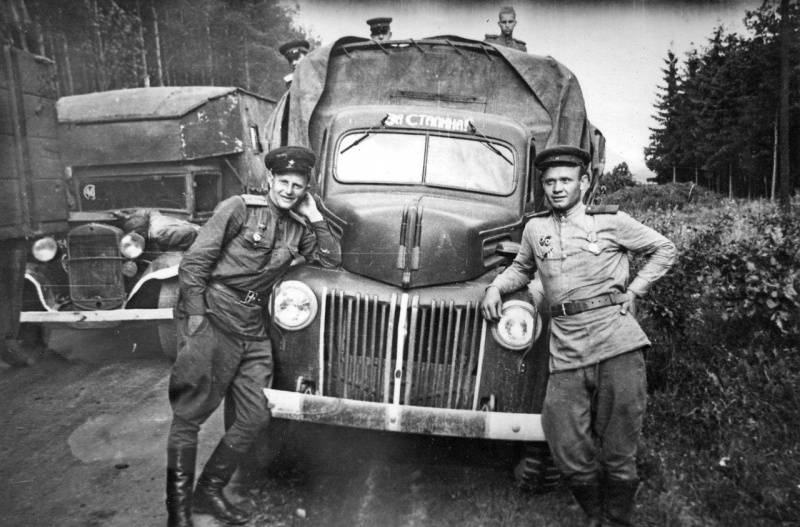 The question of the role of the Lend-Lease Persian corridor in certain successes of the Red Army in the southern direction of the Soviet-German front during the Great Patriotic War is quite controversial. The study of this problem was not a priority in Soviet historiography: the reason for this was the ideological attitudes of the cold war period. Research interest in it manifested itself in the post-Soviet period.

After the signing of the Soviet-English agreement on granting a loan in the amount of 1941 million pounds sterling to the Soviet Union in July 10, the first deliveries of military cargo from Great Britain to the northern ports of the USSR began. Deliveries from the United States were made on the basis of the previously concluded Soviet-German agreement 1937. Initially, these deliveries were paid for the USSR.

At the Moscow 29 Conference of September - 2 of October, representatives of the USSR, the USA and England agreed on the supply of equipment to the Soviet Union, weapons, equipment and other tools for the period up to June 1942 of the year. 7 November 1941 of the United States extended the Lend-Lease Act to the USSR. By adopting a tripartite law, the parties determined the methods of supplying military-economic assistance to the territory of the Soviet Union. 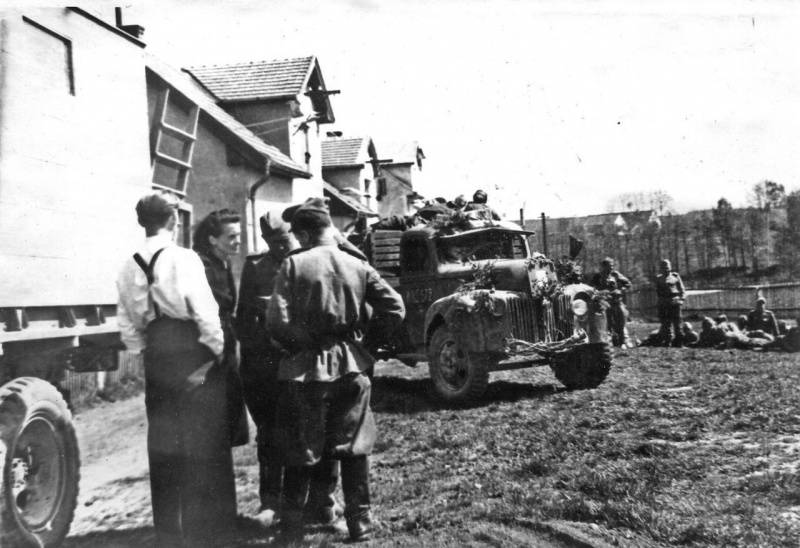 There were five main Lend-Lease routes: the Pacific, Trans-Iranian, Arctic convoys, the Black Sea and the Soviet Arctic. To increase the volume of deliveries, it was necessary to improve the transportation hubs of Iran. These were mainly the Persian Gulf ports and the Trans-Iranian railway. In carrying out this task, the Soviet Union and Great Britain in August 1941 brought their troops into Iran. Since May 1942, cargo delivery amounted to 90 thousand tons per month. Cargo transported by the Caspian military flotilla, which was often subjected to enemy air attacks. 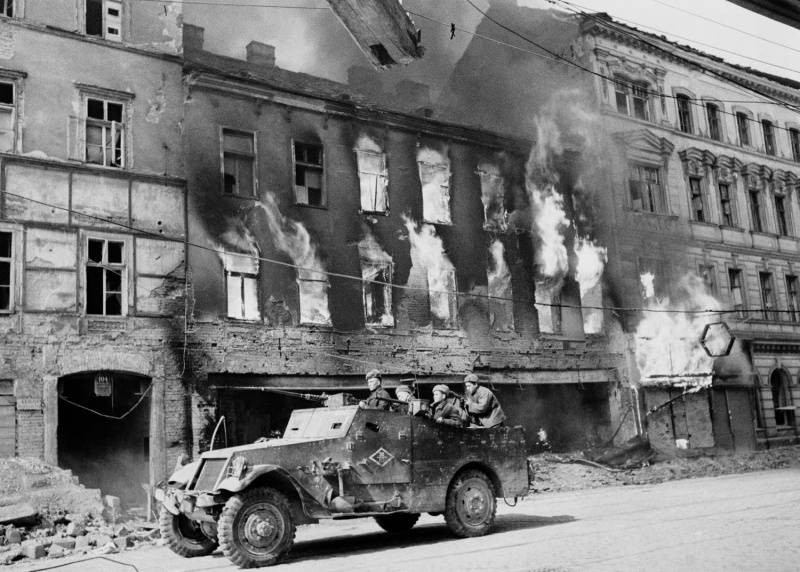 At the beginning of 1942, the German command planned an operation to seize the Caucasus and exit through the Transcaucasus to the Persian Gulf. To implement this plan, the enemy decided to break through the Soviet defenses on the Lower Don in the strip from the village of Tsimlyanskaya to Rostov-on-Don, after crossing the Don to continue the offensive along the Black and Caspian seas, and to the mountain rifle troops at the same time make a breakthrough through the passes of the Caucasus to Georgia.

Soon the 17th Wehrmacht army advancing from the Miussky line broke through the defense of the Southern Front and on June 24, 1942, together with the divisions of the 1st tank Rostov-on-Don occupied the army and moved south. By August 5, 1942 near Voroshilovsk (today - Stavropol), the 1st tank army of Kleist concentrated up to 200 tanks, and in all its divisions there were twice as many tanks as the Soviet troops. At that time, the Northern Group of Forces of the Transcaucasian Front had 133 tanks. In the August battles in the North Caucasus, the North Caucasian and Transcaucasian Fronts lost most of their tanks.

In mid-August, German troops occupied Voroshilovsk, Krasnodar, Armavir, Maikop and approached the north-western foothills of the Greater Caucasus Mountains. Despite the limited success in the Caucasus, Hitler continued to count on the implementation of big plans in this region. In a conversation with Keitel 18 September 1942, Hitler said: "The breakthrough on Tuapse and then the blocking of the Georgian Military Highway and the breakthrough to the Caspian Sea are decisive."

By the summer of 1942, the Soviet command had underestimated the importance of the Caucasus direction. The priority area of ​​defense was the Moscow direction, a little later - Stalingrad. It was there that sent the main reserves of the Red Army. The situation in the North Caucasus at the end of August became critical. The lack of armored vehicles in parts of the Northern Group of Forces of the Transcaucasian Front, necessary for deterring the enemy in the Maikop, Grozny and Baku areas, threatened to seize these oil production centers and their processing.

During this critical period, the Lend-Lease route from Iran turned out to be largely salvage for the Soviet group of forces operating in the Caucasus. The supply of tanks and aviation, since it was these types of military equipment that played a significant role with the battles of the Great Patriotic War. In total, about 12,7 thousand tanks from the USA, Great Britain and Canada were delivered to the Red Army under Lend-Lease during the war. Soviet tank units in the North Caucasus, which previously had mostly light tanks in service, greatly increased the combat power of their units at the expense of British and American tanks such as Valentine, Matilda and Stuart. Armored personnel carriers MK-1 Universal Carrier and M-3 Scout were delivered from England and the USA. 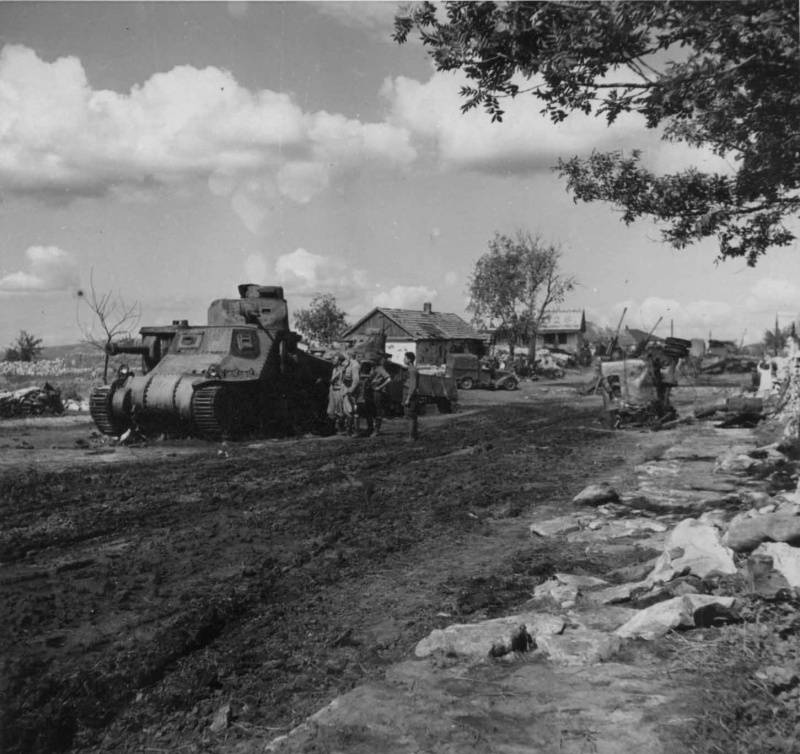 The Soviet and Red Army air forces received American and British aircraft through the Persian corridor. The delivery of combat aircraft began in March 1942, during this period in Tehran, Soviet pilots received a 72 bomber. By the end of the 1942 of the year, the United States supplied the Boston A-300 bomber and the Mitchell B-20 bomber. 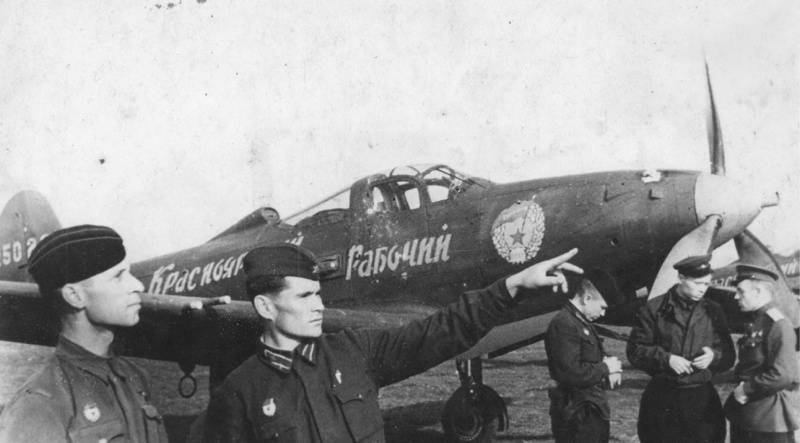 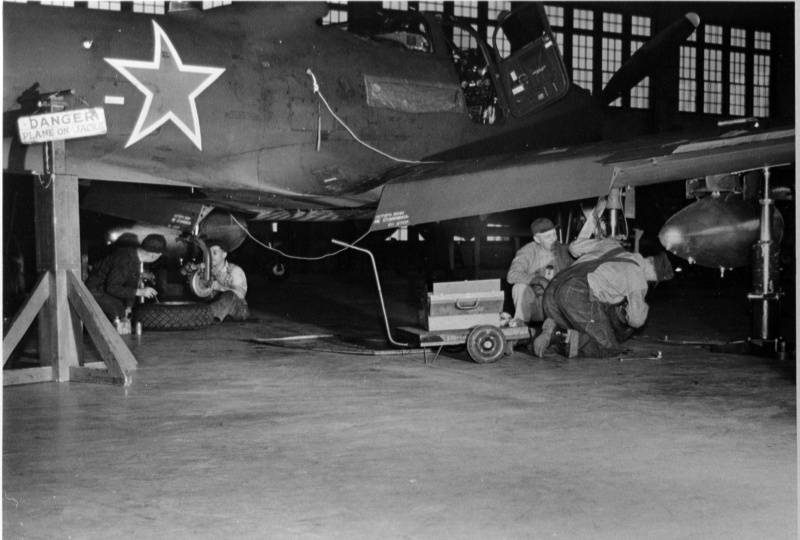 Various types of military vehicles arrived through the Persian Gulf. Some models of cars were shipped unassembled to the ports of Iran, after which they were assembled near the place of arrival.

A lot of difficulties were caused by the lend-lease transport system. A big problem was the timely training of drivers for automotive columns, which were transported from the ports of the Persian Gulf to the Caspian Sea. Sometimes we had to drive up to two thousand cars a month. This issue was resolved after the organization of short courses of drivers recruited from among the local population.

For all the time of the Persian corridor in the USSR, 483 thousands of cars were shipped.

Through the Persian Gulf in the Transcaucasus, such vehicles as Willis, Studebaker, Dodge, JBC, AES, Bedford, Albion, Austin were delivered , Scammell and others. Monthly during the 1942 of the year, two thousand military vehicles were delivered by the Persian corridor to the Red Army, and in the second half of the 1943, about five thousand vehicles.

The most famous was the light field vehicle “Willis”, as well as the “Studebaker” with the installed BM-13 jet system, called “Katyusha”.

As military practice has shown, the supply of armored vehicles was of great importance. In October, 1942 was part of the Soviet tank units in the Caucasus with an 302 tank, of which the 132 tank was made in the USA and England, which entered the front through lend-lease through Iran. The number of tanks supplied under the Lend-Lease to the Caucasus was almost half of the total number of combat units in the Soviet tank units in the Caucasus. For example, in the 5 Guards Tank Brigade there were 70 tanks, of which 55 were "Lend-Lease". In the 15 Tank Brigade and in the 75-th separate 99 Tank Battalion, the percent of tanks included in the lend-lease supply via the Iranian route (Kolomiets M., Moschansky I. Defense of the Caucasus. July-December 1942 of the Year. Front illustration. 2000 year. No. 2. C. 49-52).

In September, 1942, the 5-I Guards Tank Brigade in the battles of Malgobek caused great damage to German units, 38 tanks and assault guns were destroyed and burned; destroyed 24 howitzers and guns; six mortars and an 1800 man (Tank Lend-Lease). Considering these and other facts, one can say that the supply of armored vehicles through Lend-Lease through the Persian corridor was very significant for the Soviet troops in the Caucasus.

In the course of the Nalchik-Ordzhonikidze defensive operation 25 in October - 12 in November 1942, the enemy met stubborn resistance from the Red Army. As a result, the enemy could not pass through Ordzhonikidze and Grozny to the Caspian Sea. If the breakthrough of the German troops to the Caspian Sea was a success, then an important lend-lease route from Iran to the USSR would be in danger. At that moment, the railway from Kizlyar to Astrakhan was of strategic importance. It was built in the first half of 1942. From Astrakhan the cargo was sent to Stalingrad and further along the front.

An important role was played by lend-lease supplies for the troops of the Southern Front. American and British aircraft, tanks, armored vehicles, vehicles, tractors, anti-aircraft guns, as well as equipment and food played a positive role in providing the Red Army during the breakthrough of the Mius Front. In the storming of the Miuss frontier, the 8-I Air Army participated, in the air divisions of which there were also Lend-Lease aircraft. These were mainly Aerocobra P-39 fighters and Boston A-20 bomber. 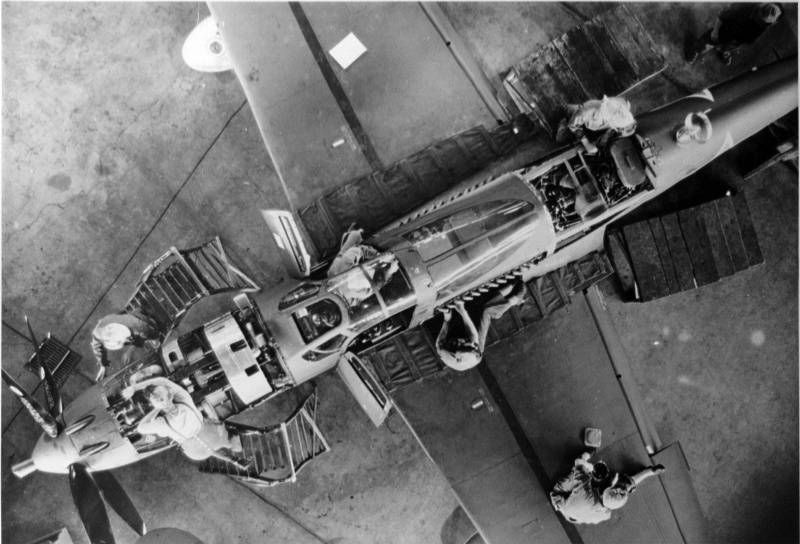 The effectiveness of combat missions A.I. Pokryshkina on the Air Cobbler and his ability to fight shows that this type of aircraft was the most successful model among the aircraft supplied by the allies (Matishov GG Afanasenko. Mius-front in the Great Patriotic War. Rostov. 2001. С.151 -152).

Changes for the better followed the conference of Great Britain, the USSR and the USA in the autumn of 1943 of the year in Tehran. This conference had a positive impact on deliveries along the Persian corridor. In January, 1944 began the delivery of railway equipment to the USSR. In the battles at Stalingrad and on the Don the fascist German troops destroyed the railway communication. Locomotives, wagons, cargo platforms, as well as rolled metal and other equipment were delivered through the Persian corridor.

In the course of the Crimean offensive operation 1944 of the year, the Soviet tankers were able to distinguish themselves in battles: in the 79 and 101 tank brigades, in total, there were up to 60 "Valentine", delivered through Iran. The Soviet tank crews from the 101 Tank Brigade on these combat vehicles during a successful maneuver broke into Simferopol and made panic in the disposition of German troops. "Valentine" had a strong armor, radio and smoke grenade launchers.

Ctrl Enter
Noticed oshЫbku Highlight text and press. Ctrl + Enter
We are
Diplomats of the People's Commissariat of Defense: on the eve and during the warLend-Lease. Myths and Reality
Military Reviewin Yandex News
Military Reviewin Google News
89 comments
Information
Dear reader, to leave comments on the publication, you must sign in.