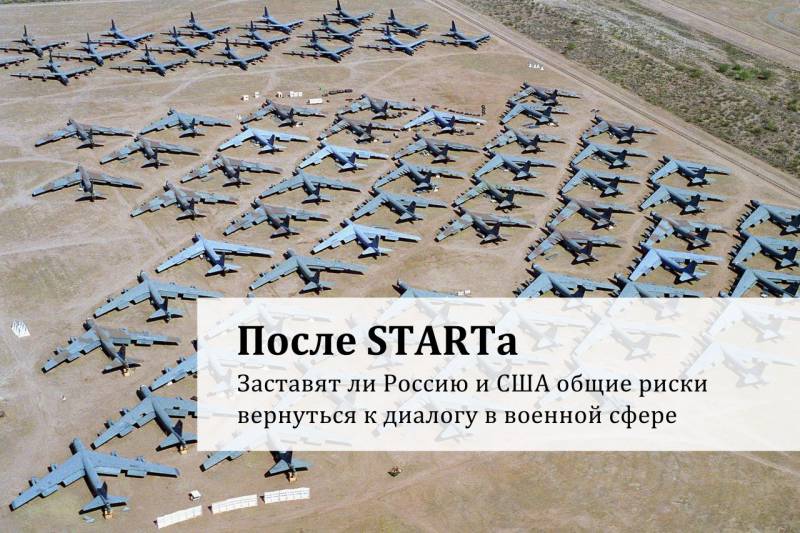 31 March, on the eve of the Nuclear Security Summit in Washington, Barack Obama called on Russia to further reduce nuclear arsenals. Such a statement - is it really an invitation to cooperate or a rhetorical device?

During the seven years of Obama’s presidency, there have been significant changes in relations between Russia and the United States. In particular, the American president launched a “reset” of bilateral relations in 2009, which, however, ended with him. Regardless of the assessment of the reasons for the collapse of the "reset", it allowed to achieve certain goals, although at the same time could not overcome the root differences between countries.

According to some experts, the world has once again returned to the state of the cold war, but this time, the risk of a real confrontation is much higher. This is manifested in the Syrian war, and in the crisis in Ukraine, and in the patrol flights of the Russian Air Force over the Baltic States. If the cold war was characterized as a period of “long peace”, due to the fact that both blocks were in a certain balance and could not oppose themselves as a full-fledged alternative to each other, then Washington’s hegemony is evident in modern conditions. We can talk about reducing this hegemony, but the United States is still the only superpower.

During the “reset” period, nuclear security continued to dominate the Russian-American agenda. In particular, the Treaty on Measures for the Further Reduction and Limitation of Strategic Offensive Arms (START III / New START) was signed and ratified, which was an important step towards the "nuclear-free world" and one of the greatest achievements of the latest stories relations of Russia and the United States.

The second important joint result in the field of international nuclear security was the development by Moscow and Washington of a common position around the Iranian nuclear crisis. In 2010, Russia supported the introduction of a new package of sanctions and, together with the United States, joined the group of negotiators from six countries to resolve the conflict. Iran’s subsequent refusal to create a nuclear weapons and agreement to place its nuclear facilities under IAEA safeguards can be considered the largest legacy of the “reset” period, which emphasizes the coincidence of interests and the role given by countries to the nuclear factor.

Behind the “reset” failure there were many structural and political factors, such as the change in the political course of Russia, the war in Libya, and a different understanding of the outcome and timing of the end of the Cold War. For the United States, the war ended in victory and the establishment of a unipolar world with the collapse of the USSR in 1991, for Russia - in 1989, following the results of the Maltese summit, thanks to the joint efforts of the two countries. From a domestic perspective, the 1989 agreement of the year put an end to the bipolar confrontation between and marked the transition to cooperation. Hence the fundamental differences on a variety of issues, including foreign policy, international law and security. These conclusions come Yuval Weber and Andrei Cricovich, analyzing the causes and consequences of a new round of confrontation between the countries.

Researcher Ivan Safranchuk identifies four main coalitions in the American establishment in relation to Russia: alarmists, skeptics, realists, and supporters of unconditional cooperation. In both parties, alarmists and skeptics dominate, advocating the suppression of imperial ambitions and the containment of Russia, but differing in methods and tools. Alarmists are determined to take drastic measures, while skeptics prefer more moderate deterrence, especially in the foreign policy arena. Realists who advocate building relations with Russia on the basis of mutual interests, not values, today have no real power and are represented by a small group. Supporters of cooperation are even less represented; their opinion practically does not affect the current state policy.

Under such conditions, even if Donald Trump wins the election — the only one who tried to “flirt” with Moscow in time for election campaigning, any hypothetical attempts by the presidential administration to normalize relations with the current Russian leadership will be blocked by the US Congress, where supporters still dominate. Proof of this can be considered the victory of Mark Rubio, who occupies an alarmist position with respect to Russia, in the Columbia district primaries. For Moscow, this may serve as another alarming signal expressing the mood of the majority of the American political establishment.

In such a political situation, it is not necessary to talk about further cooperation in the military sphere. This year, Russia did not attend the said Nuclear Security Summit in Washington, motivating its decision by the “lack of cooperation”.

But is effective policy possible in this area without Russia's participation? Now international nuclear security depends not only on the “old” nuclear powers, the permanent members of the UN Security Council. Nuclear testing was announced by India, Pakistan, and the DPRK. Israel is suspected of possessing a nuclear weapon.

Nevertheless, the Treaty on the Non-Proliferation of Nuclear Weapons and the participation of Russia and the United States in it remain key factors supporting the non-proliferation regime. The fact is that these two countries account for 90% of all nuclear arsenals on Earth.

With the aggravation of the contradictions between the US and Russia, which is observed today, the importance of the nuclear factor as a political argument increases. Such a vision is especially characteristic of the Russian side. Since the potentials of countries in the economic sphere are not comparable, Moscow needs to switch to areas where it has an advantage or strategic parity with the United States. Russia and the United States still exist in a situation of mutual assured destruction (mutual assured destruction, MAD) in the event of a first strike of one of the countries. Paradoxically, it was MAD that was the foundation of the world for decades.

However, it is not in the interests of Moscow to allow a return to a protracted tough confrontation, which has already once led to the collapse of its economic system. It is necessary to consistently respond to possible attacks, reserving room for maneuver and demonstrating readiness for constructive negotiations.

In the long term, the two countries have points of convergence of security interests. First, the Korean card has not yet been played. After the resolution of the Iranian issue, the DPRK remains the only nuclear state disturbing the international order. Secondly, against the background of the destabilization of the Middle East, the problem of nuclear weapons falling into the hands of international terrorists is becoming increasingly serious.

Today, the current US administration objectively has neither the time nor the political will to resume active cooperation with Russia. The events of recent years, starting with operations in Libya in the 2011 year and ending with the annexation of the Crimea in the 2014 year, have finally undermined trust between countries.

In 2017, Barack Obama will leave his post, and a new head of state will enter the White House. So far, none of the main candidates have been set up for a new “reset”. Thus, Obama’s March statement is more likely a confirmation of the president’s commitment to nuclear disarmament policies announced by him in Prague’s 2009 year, rather than an expression of openness to dialogue with Moscow.