Unknown War. Who still need to bow for "Katyusha"? 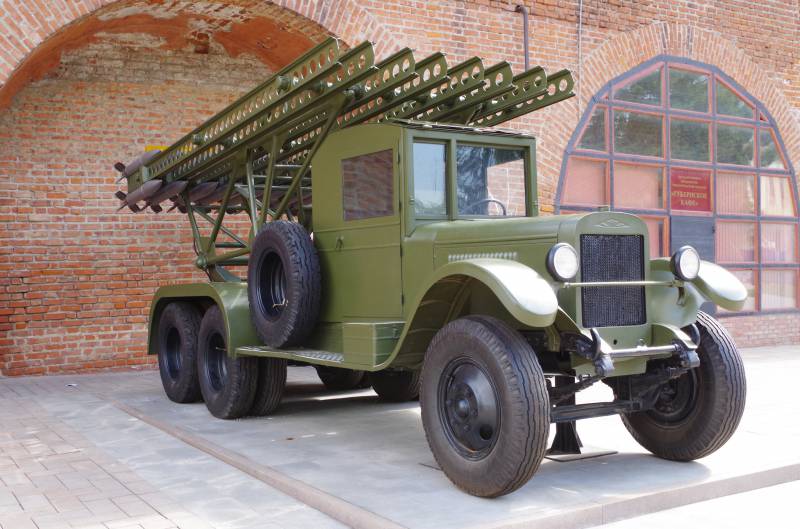 The events described will soon celebrate their 75 anniversary. 14 July 1941, under the small town of Orsha, was first used weapon, which became a nightmare for the Nazis and their allies and a symbol of success for the Soviet soldiers. This, of course, is a rocket guard mortar, nicknamed "Katyusha".

The very appearance of this weapon has so far been covered with a kind of a veil of secrecy. But the years go by, the documents are removed from the vulture "secretly", and more and more facts become available.

Next to "Katyusha" always stood the name of its main developer, Hero of Socialist Labor Andrei Grigorievich Kostikov. 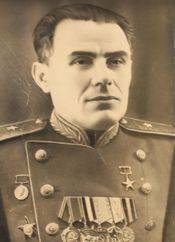 Kostikov's biography could be an example for many. Still, only in a Soviet country, a descendant of such a base could become not just a Hero, but a legend!

Kostikov was born in 1899 of the year in the village of Kazatin, Berdichevsky district, Kiev province.

Father - a native of the peasants, he did not have a certain profession and worked all his life as a laborer, janitor, porter, moving from town to town. Mother was engaged in housekeeping.

Having graduated from the 4 class of the Bystrovskaya rural school, from the 1913 year, Kostikov studied in Moscow, in the technical office of engineer Mezheritsky, as a plumber. Then, in 1914 — 1919, he worked as an assistant mechanic, and then as a mechanic at factories in Moscow, Petrograd, and Kiev.

In 1918, he joined the Red Army. He took part in hostilities against the Ukrainian rebels, in the Soviet-Polish war. He was wounded in the leg. Some historians, however, write about a short investigation on charges of self-gunners. In August, 1920 was captured by the Poles, in April, 1921 of the year escaped and continued to serve in the Red Army again.

In 1922 — 1926 studied at the 3 of the Kiev Military Engineering School, after which he served in Nizhny Novgorod.

In 1930-1933 he studied at the VVIA named after N. E. Zhukovsky " aviation engines and missile specialties ”, where he became seriously interested in rocket technology. He was sent as an engineer to the Reactive Institute (RNII, NII-3), to the ballistic missile department.

The high point came 19 February 1940, when Institute staff A. Kostikov, I. Guay and the representative of the Main Artillery Directorate of the Red Army V. V. Aborenkov received an author's certificate for the invention of the “mechanized installation for firing missiles of various calibers” for number 3338.

This invention became the basis for the development of "Katyusha". 17 June 1941 of the year Kostikov demonstrated to the members of the Politburo, the government of the country and the leaderships of the USSR NPOs the work of the installation, based on a car.

The day before the start of the war, 21 June 1941, JV Stalin made a decision to launch the mass production of M-13 rockets and the BM-13 launcher (UZO) and to start forming the respective military units.

28 July 1941, the Presidium of the USSR Supreme Soviet issued two decrees on awarding the creators of "Katyusha". The first decree "for outstanding achievements in the invention and design of one of the types of weapons that raise the combat power of the Red Army" Kostikov was awarded the title Hero of Socialist Labor (No. 13). 12 engineers, designers and technicians, including the Order of Lenin, co-authors Kostikov of the invention I. Guay and V. Aborenkov were awarded orders and medals by the second decree.

Everything seemed to be natural and simple. A simple Soviet worker, gifted with nature, created a weapon that played one of the most important roles in that war. And deserves to stand on a par with the same nuggets of the Russian land as Grabin, Degtyarev, Kalashnikov.

But no. Really wind stories often blows garbage from the graves of undeservedly forgotten people.

Today we can say with confidence that the only merit and skill Kostikov was the ability to write denunciations. This he really was able to do. But the work was much worse.

There is no other way to explain the complete absence of any significant inventions and developments in Kostikov’s career. Moreover, in 1944, he was arrested. But not by denunciation of "espionage" in favor of Germany or the USA. Kostikov was arrested, accusing him of forgery and deception of the government along with sabotage. Work on the developed Kostikov jet aircraft project "302" was ordered to stop.

However, not planted and not shot. They let out a year later, at the end of February 1945, of course, by firing from their position. But they were allowed to work in one of the institutes (NII-24) for the improvement of missiles in the position of the head of the bureau No. 5.

And on April 19 1944, when Kostikov was already under investigation, the military prosecutor’s commission issued a verdict that Kostikov, Guay and Aborenkov could not be considered authors of the M-8 and M-13 jets and RS-82 and PC- missiles 132.

However, the case was not transferred to the court. Whether there were intercessors, or forgiven. Not finding “hostile intentions” in the line-up, the case was stopped and Kostikov was dismissed. And even allowed to continue to work, even if not in the post of head of the scientific research institute.

Such cruel times were ...

Meanwhile, Kostikova could well have been accused of murder. But since in those times many people were killed like this, then ... Then we will simply move on to the next hero of our story. This author "Katyusha". 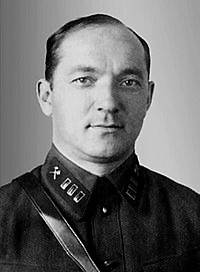 Personality, in many ways controversial and complex. His life path is not as straightforward as Kostikov’s.

The father and mother of Langemak are Swiss. Erich Frantsevich is of German origin, Maria Konstantinovna is of French origin. But all his life, in all the twists and turns, Georgy Langemak wrote only “Russian” in the questionnaires.

Education is great (it's easy with parents). Gymnasium, St. Petersburg University, Admiralty School of Ensigns in St. Petersburg, officer artillery school in Revel (Tallinn). Served, fought with the Germans in the Baltic.

During the Kronstadt uprising, George Langemak did not support the rebels and was arrested and sentenced to death. He was detained on March 2 - April 18 of 1921, and was released only after the uprising was crushed. Did not have time to shoot. And the contents in the punishment cell of the fort saved Langemaku’s life, for Tukhachevsky and the rebels did not stand on ceremony.

In 1923, Langemak entered the Red Army Military Technical Academy (Leningrad) and graduated from it in 1928. While studying together with other students of the Academy under the guidance of S.A. Serikov, a teacher of the Academy, he carried out the orders of the Laboratory of N.I. Tikhomirov (Hero of Socialist Labor, posthumously, 1991 g). Subsequently, Tikhomirov’s laboratory engaged in rockets on smokeless powder was renamed GDL - Gas Dynamics Laboratory.

After graduating from the academy, he was assigned to the post of chief of artillery of the Black Sea Fleet, but at the request of N. I. Tikhomirov to the Commander of the Leningrad Military District A. I. Korku, he was left to work in the Gas-Dynamic Laboratory.

At the end of the 1933 of the year, the world's first Jet Research Institute (RNII), also known as the NII-3, was created in Moscow on the basis of the Gas-Dynamic Laboratory and MosGIRD (Jet Propulsion Study Group).

The director of the institute was appointed the head of the gas-dynamic laboratory, I. T. Kleymyonov, his deputy was the head of the GIRD, S. P. Korolev, who was replaced by G. E. Langemak in April 1934.

During his work at the Institute, Langemak practically completed the fine-tuning of the PC-82 and PC-132 rockets, which later became the basis of the Katyusha mortar. In 1933, official ground testing was carried out at the Gas-Dynamic Laboratory from the ground, seagoing vessels and 9 aircraft of various types of missiles on smokeless powder designed by S. S. Petropavlovsky, G. E. Langemak and V. A. Artemiev. 4 of them were adopted.

During this period, Langemak corresponded with K.E. Tsiolkovsky, reflecting on the non-military use of rockets, on the possibility of their use in astronautics. By the way, the term “cosmonautics” itself introduced Langemak.

In 1937, as the “brainchild” of Tukhachevsky, the Jet Research Institute underwent a “purge”. The leadership of the institute was arrested. 2 November 1937 of Langemak was arrested (order No. A 810) by the Moscow NKVD authorities as a German spy based on data previously available in the NKVD (investigative file of the FSB archive No. Р3284 (14654)). The indictment, dated 31 December 1937, is based on a single interrogation protocol, the second copy of which is dated 15 December 1937 (the first copy does not have a date), based on materials provided by the institute, with the active participation of A. G. Kostikov, who took the place of Langemak after his arrest.

11 January 1938 at a closed court session of the exit session of the Military Collegium of the USSR Supreme Court, chaired by V. V. Ulrich and two members of the court, I. T. Golyakov and A. G. Suslin, examined the case of Georgy Erihovich Langemak.

For "sabotage in the field of preventing new types of weapons" and participation in the "anti-Soviet terrorist organization," the crimes under Art. Art. 58-7, 58-8 and 58-11 of the RSFSR Criminal Code, George Erikhovich Langemak was sentenced to death with confiscation of all his personal property. On the same day the sentence was carried out.

The day before, 10, January 1938, was sentenced and shot the director of the institute, Ivan Terent'evich Kleimenov.

But developed by the team "Katyusha" was still built and trashed enemies. The triumph of truth came later.

19 November 1955 The Military Collegium of the Supreme Court of the USSR, chaired by Colonel Justice Lebedkov and members, Lieutenant Colonels Justice Romanov and Shalaginov, determined: grounds n. 11 Art. 1938 Criminal Procedure Code of the RSFSR, in criminal proceedings, should be terminated due to the absence of corpus delicti in its actions ... ”

G. E. Langemak and his colleagues were fully rehabilitated.

Unfortunately, the Military Collegium did not officially secure the status of the Katyusha authors.

Only in 1991, by the Decree of the President of the USSR M. S. Gorbachev from 21, June 1991 was posthumously awarded the title Heroes of Socialist Labor for the work on the creation of a rocket mortar: 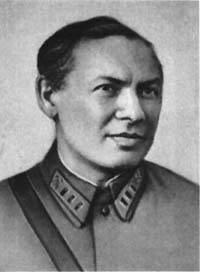 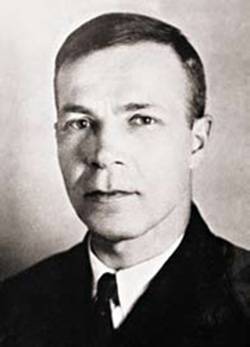 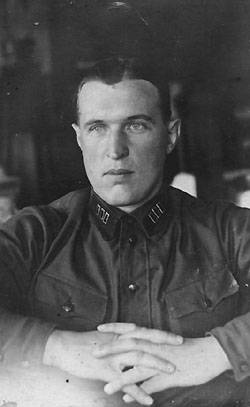 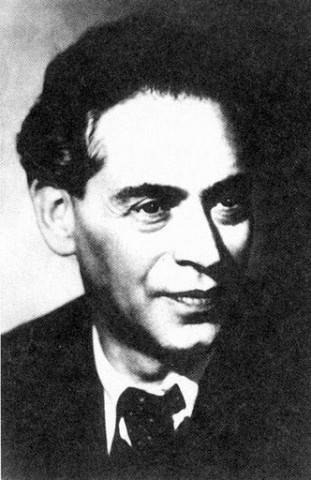 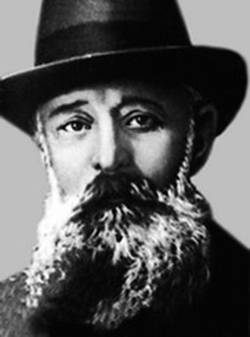 Two more participants in the case, Sergey Pavlovich Korolev and Valentin Petrovich Glushko, although they received their deadlines, but, fortunately, they spent most of their time in the so-called “sharashkas” and subsequently took their place in the history of space exploration. But that's another story.

By the way, in December 1935, the book “Missiles: Their Design and Application” edited by G. E. Langemak and V. P. Glushko was published. The book was banned in 1938 year and withdrawn from the funds. 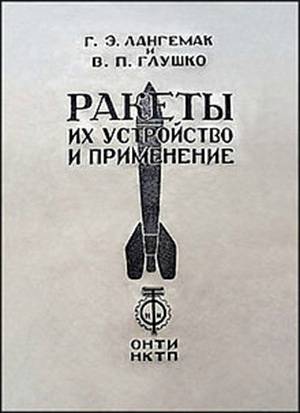 “After death, a lot of garbage will be put on my grave. But the wind of history will dispel it ”(J. V. Stalin).

Unfortunately, recognition and honor are not always given to those who deserve it. It happened with Langemak and his colleagues at work. Memory and cleaning up this historic garbage is all we can. The memory, the knowledge of what these people have done for us, but a deep bow to them for their work. 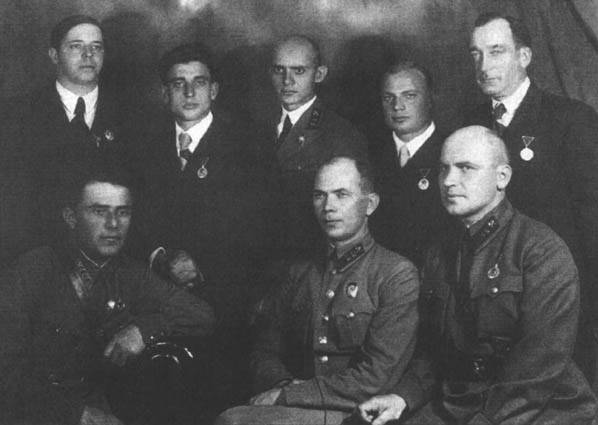 Ctrl Enter
Noticed oshЫbku Highlight text and press. Ctrl + Enter
We are
Diplomats of the People's Commissariat of Defense: on the eve and during the warLife of the Yenisei province of the late XIX - early XX century
Military Reviewin Yandex News
Military Reviewin Google News
109 comments
Information
Dear reader, to leave comments on the publication, you must sign in.