Time does not spare even the USA 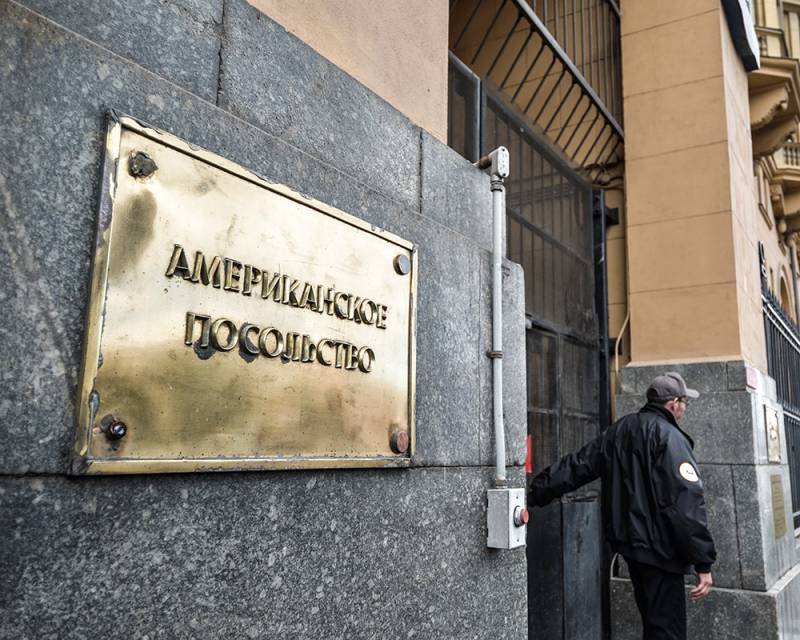 Bad now the CIA began to work, whatever you say. Previously, these were such volchars - do not put a finger in your mouth, bite the ankle, but now ... Take, for example, the Russian-American incident with the mutual expulsion of diplomats, discussed in the media.

It all started with the fact that the guard of the American embassy in Moscow blocked the way for an unknown person who tried to enter the embassy and asked him to present documents - there is nothing illegal, offensive or hostile in this situation, the usual observance of instructions. In response, the same unknown attacked the guard, received a rebuff, and as a result was twisted by him. As it turned out later, this was the third secretary of the political department of the embassy, ​​Daniel van Daikin.

It turns out that he was running away from the FSB operatives who were pursuing him and, as in a bad movie, he decided to hide in his embassy, ​​but the guard who appeared in front of him confused all his plans. While the proceedings were going on, the Americans expelled two Russian diplomats in response to this “unmotivated aggression”, after which van Dijkin and another colleague were returned back home - “for activities incompatible with diplomatic status”.

Notice how recently the quality of training of American agents has decreased - not only was he unable to competently plan the operation and keep it secret, not only did he not have any document with him that could be presented at the entrance and thus I couldn’t get the salvation, but I couldn’t cut down the enemy - I’m just a guard who didn’t expect an attack ... That's all, now you can officially say that the times of super agents are throwing crowds of enemies right and left without spilling a drop of martini from the glasses in hand on the tailored tailored coat, while flirting with the girls watching the spectacle, were irretrievably gone ...

In response to this ambassadorial incident, the Americans expelled Russian diplomats, well, and the Russians — American ones, and everything seemed to be calming down again.

Well, it is also worth noting the traditional coverage of this event in the foreign press. Here, in the Russian media, they explain what has happened and how, and it especially emphasizes that there is evidence that the American attacked first - the video from the embassy cameras. Their western colleagues mention only that a Russian guard attacked an American citizen who tried to enter the embassy of his country - stupidly without reason, probably, on the basis of a sudden personal dislike. And the Russians, instead of repenting, after that, dared also to send home the diplomats of the most democratic of countries - although their employees were expelled as a result of a completely fair reaction.

In general, little has changed since the days of the Cold War - and all the same information patterns are still in use. Probably in the West they do not understand how silly they look with their attempts at “birthright”, which they cannot confirm with anything, except empty rhetoric.

However, this is for the best: as shown historical practice, those who don’t understand that the world is changing, as a result they don’t keep pace with it and, as a result, lose their run. But in the West, history has always been not very good - otherwise they would not have attacked Russia with such regularity, getting the same result each time.