July 11 2016
96
Maybe it was just Biden’s stupidity, senility in old age, pulled the old man to frankness, and finally vanity leaped out. On the other hand, such cards open when the game is played, and nothing can be done about it. So, here is the recognition of US Vice President Joe Biden (on the eve of the NATO summit in Warsaw!) To the American media: "The main interest for us was the Crimea, which was controlled by Kiev before 2014. This region could serve as an excellent military base for NATO and the US troops directly ". Notice: "was and could serve" in the past tense ... 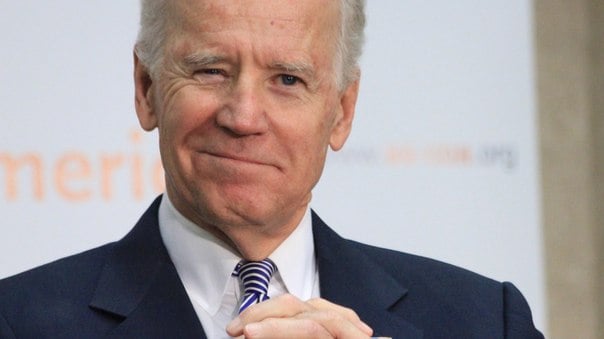 So Biden gave a terrible secret, which Vladimir Putin immediately pointed out: after all, Nuland cookies (and 5 billion dollars in addition) and the entire “revolution” revolution — all this was for the deployment of the American base in the Crimea!

I’m guilty that Biden was, voluntarily or involuntarily, Putin’s agent, of course, Putin, who immorally, with the help of “polite people,” took advantage of Biden’s strategic plan, instead of not using it, ’scandalous statement source in the State Department, who wished to remain anonymous.

Maybe conscience spoke to Biden? No, it’s possible, on this spot since the days of the “lighthouse of the revolution” by Saakashvili in Georgia, a burdock has grown up with Biden. Rather, the recognition of Biden is still a recognition of the outgoing "lame duck", he doesn’t care ... And finally, he decided to make a last sensation, or someone in the White House of Washington to pinch his nose ... The Ukrainian Party is already lost, so you can open such cards!

Biden fully endorsed the competence of Lyndon LaRouche, an American Star Wars analyst who, immediately after the start of the coup in Kiev in 2014, said that the United States is organizing a "giant provocation in Ukraine to break Russia." Moreover, with the help of the coup, Washington brought Bandera neo-Nazis to power in Ukraine, why? Perhaps the State Department was preparing the fate of the “independent” Kosovo for the Crimea, then preparing to defend the “Crimean Republic” from the neo-Nazi threat from Kiev?

Why does Washington need a military base in Crimea? - the principled pacifists are still perplexed. To control the Black Sea, and not only: from the Crimean mountains, the United States could shoot rockets all over the south of Russia right up to Volgograd .... However, Russia "politely" sent the United States to the Crimea, and then responded with an ISIL blow to the Russian Aerospace Forces turned out to be ... "moderate opposition" of Washington.

The NATO Summit in Warsaw, after Biden’s confession, evokes a mixed feeling. It is obvious that the vice-president of the United States does not care about him, he doesn’t betray this summit. And I remember another summit, the European Union, also fateful, and in the neighborhood, in Vilnius ... At which Yanukovych sent the European Union with European association, and the European Union with NATO and the US, the three, then sent Yanukovych to Maidan ... Work unprofessionally, - noted it is Putin, and he put a polite mate in Ukraine to all "fighters for Bandera". Judging by the Warsaw Summit, they still don’t see it there ...

The Warsaw Summit is Obama's farewell party, which is also a "lame duck", and therefore the Warsaw Summit will inevitably be "lame." The summit can send curses to Russia, but nothing can be done. Neither Ukraine nor Syria, but Donald Trump came to the USA ...

No matter how the elections in the USA end, Trump, and, most importantly, his team, split her country and her elite. This split will make itself felt in any case, and in foreign policy, too. The time of Bidens, when they could, behind their backs, the puppet president, at their own discretion, arrange coups all over the world, and to appoint their “bitch sons” as vice presidents, passed. Biden admitted, probably because he understands this, so neither Obama nor his farewell tour in Warsaw is completely important.

Tomorrow, Obama will become a Chicago lawyer in the depths of American ores. Nothing and nothing. Generally American история says that every fourth president of the United States is being killed. Obama is the fourth ... The title of President in the US is for life, so Obama should remember this American tradition.

By the way, the assessment of the Warsaw summit will be put forward by Russia at the Russia-NATO meeting. Despite all the threats, NATO Secretary General Stoltenberg is somehow counting on a dialogue with Russia. Of course, from a position of strength, only all decisions of the summit are of a recommendatory nature. That is, the allies talked, but decided nothing essentially, and repeated the former Minsk spells. After all, Moscow refuses to resume talks in the Minsk format, which is why the Russia-NATO summit has become so important.

Moscow refuses to conduct gas negotiations, in the same European format, that is, it repeats its position: pay back money, and no problems. This, in fact, is called "polite refusal" with the simultaneous tightening of the nuts. What will he say - we will soon find out ...

In general, contracts for the supply of gas to Europe end in 2020, and, symbolically, gas pipelines to China should be built by the same time. They are being built now "without noise and dust" in the media. A pipeline to China is being built. "Power of Siberia" and others: you can't be forcibly nice, goodbye, Europe! Soon you will be completely independent of Russia!