The Commander-in-Chief of the Navy personally checked the progress of construction of surface ships at a number of defense industry enterprises.

July 9 2016
42
Navy Commander Vladimir Korolev visited a number of defense industry enterprises working in the interests of fleet, where I personally checked the progress of the state defense order, reports press office Ministry of Defense 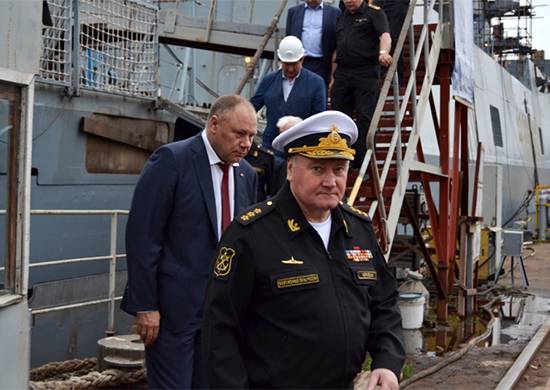 "In particular, during a visit to the shipyard" Severnaya Verf "in St. Petersburg, Korolev examined the frigates under construction" Admiral Kasatonov "," Admiral Golovko ", the corvettes" Gremyashchy "," Agile "," Strict "," Retivy ", a special the vessel "Ivan Khurs", the support vessel "Elbrus" and the support vessel "Vsevolod Bobrov", which are in varying degrees of readiness during the construction process, "the release says.

It is reported that when inspecting the ships, the commander-in-chief of the Navy discussed with the designers, developers and management of the Shipbuilding Plant OJSC Severnaya Verf, approaches to the further development of projects built on the stocks of the new generation ships and set tasks to improve their tactical and technical characteristics.

He "also examined the sites of the plant's case-assembly production and heard reports from the managers of the Northern Shipyard on the development of the production capacity of the enterprise in the interests of surface shipbuilding."

In addition, the admiral visited Inteltech PJSC (St. Petersburg), where he familiarized himself with the development of promising complexes and communication facilities for underwater and surface ships of new projects. 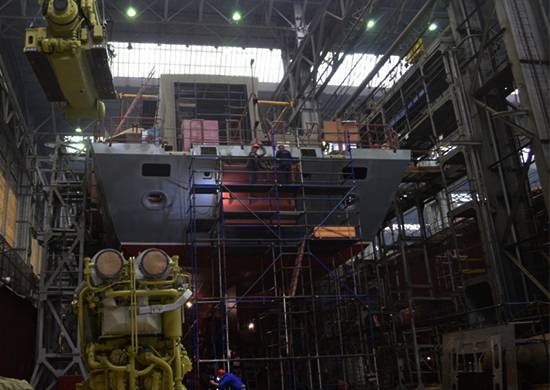 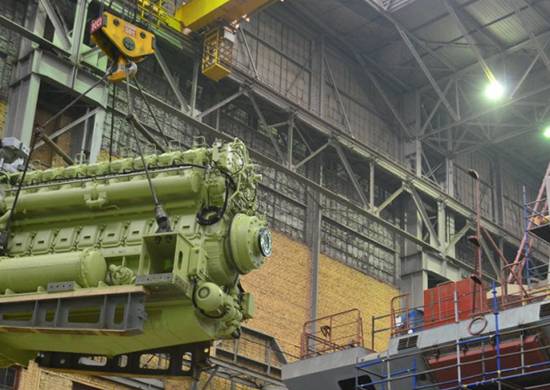 Ctrl Enter
Noticed oshЫbku Highlight text and press. Ctrl + Enter
We are
The action “Military service under the contract is your choice!” In Rostov-on-Don: future contract servicemen, exhibitions and “Russian Knights”Russia has created a quad-core high-performance processor "Elbrus-4С"
Military Reviewin Yandex News
Military Reviewin Google News
42 comments
Information
Dear reader, to leave comments on the publication, you must sign in.