July 9 2016
112
The Russian spy ship entered international waters near the Hawaiian Islands during the large-scale international maneuvers RIMPAC-2016 there, reports Rossiyskaya Gazeta with reference to the website of the Naval Institute. 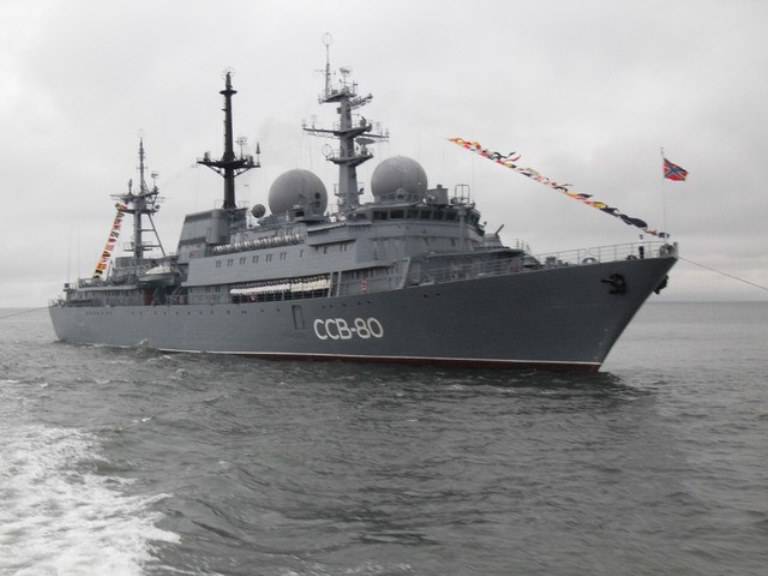 “The presence of the ship did not affect the conduct of the exercises. We have taken the necessary measures to protect especially important information, ”the representative of the Pacific quotes the portal fleet US Navy Clint Ramsden.

Meanwhile, “the very fact of the appearance of a reconnaissance vessel off the American coast” is a rather unusual case, writes the author of the publication.

According to him, "nothing like this has happened since the Cold War, it was at that time that Soviet ships often watched the exercises."

What kind of ship is in the area of ​​Hawaii, the institute is not exactly known. However, analysts believe that this is the “big Baltic ship reconnaissance vessel CER-80, which is part of the Pacific Fleet”.

“Powerful equipment allows it to intercept and track radio signals, as well as analyze the information received, which is transmitted through satellite communication stations to coastal stations or flagship ships,” analysts say.