Russia in the system of world arms exports

July 11 2016
137
Recently, Russian President Vladimir Putin took part in a meeting of the commission on military-technical cooperation between Russia and foreign countries. One of the topics discussed during the meeting concerned the export of Russian arms and the volume of orders from foreign countries. 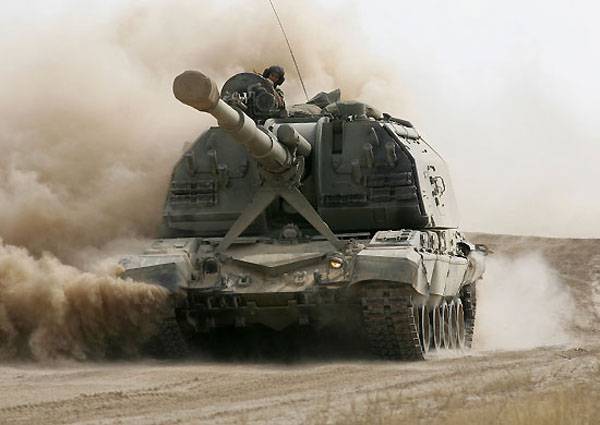 According to the data presented, it can be said that the Russian defense industry in terms of exports continues to beat its own records. According to Vladimir Putin, in the first five months of 2016 alone, the volume of deliveries of military equipment and armaments for export in monetary terms amounted to 4,6 billion dollars (more than 320 billion rubles). At the same time, the total portfolio of orders for military equipment and weapons from Russia exceeded the value of 50 billion dollars (about 3,6 trillion rubles).

Kremlin press service quotes a statement by the country's president regarding the main operators of Russian weapons and the expansion of sales markets:
It is important that the geography of supplies is consistently expanding, new intergovernmental agreements are being signed, and bilateral working groups are being created. At the same time, it is necessary to further improve the effectiveness of military-technical cooperation, to act in this area more clearly and more coordinatedly. At the same time, it is necessary to be prepared for the fact that the intensification of our efforts will certainly exacerbate competition. (...) Patriotic weapon and military equipment prove their effectiveness and reliability in a variety of conditions. They are in service in Europe, Asia, Africa, the Middle East and Latin America. In this regard, I would like to thank the Russian arms exporters, who, under the conditions of tough competition, are successfully working in the new realities, adequately respond to the sometimes unfair actions of our opponents.

Under the unscrupulous actions of opponents (note that the Russian president called opponents just opponents, not “partners”), Vladimir Putin understands, of course, those restrictive anti-Russian measures of an economic nature that rival countries are also trying to narrow down the market for Russian sales . In particular, one of such measures led to the fact that even small arms from the Russian Federation, not to mention large military equipment, were not allowed to the exhibition in Paris.

Among the traditional buyers of substantial shipments of Russian weapons are India and China. At the same time, against the background of the growth of the Indian share of Russian arms exports (5,5 billion dollars in 2015), the Chinese share is declining (2,6 billion dollars). And if a few years ago, the PRC occupied a leading position in terms of the volumes of military-technical cooperation with Russia, now the situation has changed. There are several reasons for this.

First, the technological resource of China has significantly increased along with a significant increase in Chinese GDP (over the past few years, the average bar of Chinese economic growth was at 7-9% per year); secondly, the Chinese negotiators with all confidence can be called too stubborn. Virtually any contract for the supply of Russian weapons Chinese opponents (or "partners) tried (try) to link either with the simultaneous transfer of technology, or even with the licensing of Chinese production of certain Russian technology. If the arms seller does not go to such a deal, then China reserves the right to “save and paste” - that is, technological copying with renaming and issuing Chinese military-technical production as a product.

However, this does not mean at all that contracts for the supply of arms from Russia with other partners are, as they say, one or two times. No less complicated negotiations are being conducted with India, rather than with China, and often a contract is concluded only on the basis of New Delhi’s participation in cooperation with Moscow. 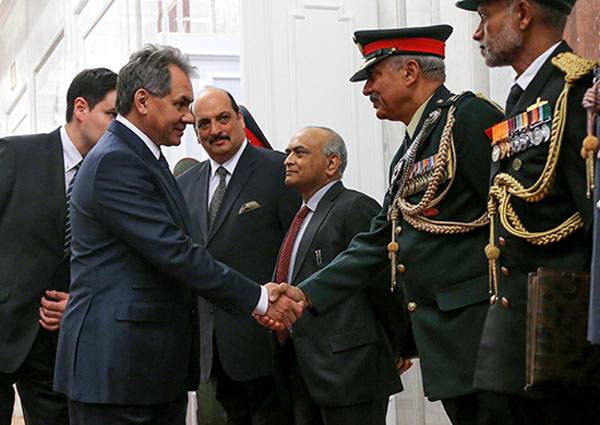 11 July in Yekaterinburg opens the exhibition Innoprom-2016, whose partner country this time is India. The organizers of the exhibition are planning to conclude a whole list of contracts with their Indian colleagues, and these contracts are planned to be concluded not only in the sphere of direct military-technical cooperation. The issues of concluding agreements in the field of energy, space exploration, transport, engineering, urban projects are being worked out.

Press office Innoprom-2016:
The business program of INNOPROM will begin on July 11 from the Russian-Indian business forum, in which the heads of government and major business of both countries will take part. A number of bilateral events are planned in the INNOPROM program on topics such as engineering, pharmaceutical industry, mining, IT in industry, in addition, Indian experts will take part in the overall business program of the exhibition.

One of the main mysteries of the Russian export military-technical market is interaction with Saudi Arabia. In November 2015, the media announced the largest contract for the supply of Russian weapons to the Saudis between Moscow and Riyadh. Newspaper "Vedomosti", then referring to the sources in "Rostec" and "Rosoboronexport", reported on the estimated amount of the contract - 10 billion dollars. At the same time, information about the interest of Saudi Arabia in acquiring the C-400 “Trumph” anti-aircraft missile systems from Russia was announced for the first time.

The information that Russia could put the C-400 air defense system against Riyadh caused a great stir. The reason for the hype is connected with far from the benevolent relations in the Middle East - for example, between Saudi Arabia and Iran. Moreover, Russia has just started to deliver C-300, which should have been delivered several years ago, to a more loyally-minded Iran.

There is still no official confirmation that Saudi Arabia is ready to purchase weapons from the Russian Federation immediately for $ 10 billion. Frankly, this is not the first time that the Saudis have made promises to “buy” weapons from Russia for an impressive amount. So, in 2009, the Russian media, citing certain sources in Riyadh, also published material that Saudi Arabia was going to buy a large batch from Russia (more than 150 units) tanks T-90S and about 250 BMP-3. As a result, after long discussions on this topic, it turned out that the Saudis were not going to buy Russian armored vehicles in such quantities. The main argument for the T-90S tanks is the need for the installation of air conditioners (in hot desert climates). While discussing the topic of installing air conditioners, information came that the Saudis signed a contract with France for the supply of Leclerc tanks. A number of Western sources then came out with materials telling that Riyadh refused to purchase weapons from Russia for the reason that Russia did not refuse to support Iran’s nuclear program.

Now Iran has no nuclear program (even the EU and the US partially removed sanctions from Tehran), and therefore, with what Riyadh is trying to link its 10-billion-dollar promises, one can only guess. With Moscow’s refusal to support Bashar Assad? .. If we consider that there is no official confirmation of the signing of the contract, then it is quite possible, especially given the fact that signing the contract for the Saudis is a serious political step, which the United States is watching and simply so obviously they will not allow it to be done, having lost part of the traditional market for themselves ...

Against this background, Russia continues to increase its presence in its traditional markets: Algeria, Vietnam, Indonesia, Iraq, and Latin American countries. Thus, one of the stages of development of cooperation with Latin American partners are agreements on the placement of capacities for the repair and maintenance of helicopter technology, as well as on the training of flight personnel, who in the "forever preoccupied" West have already dubbed "the creation of Russian military bases."

In terms of total arms exports, Russia consistently ranks second - 24-25% of the world market (after the USA - about 33% of the market), keeping a large lead over the third position. In third place, by the way, is China (according to the estimates of the Stockholm Peace Research Institute). The Chinese share rose almost to 6%, beating the French share on 0,3-0,4%.

Attention is drawn to the fact that the share of European arms manufacturers in the world export system has declined amid the growing share of the US. This is an eloquent confirmation of the fact that the North Atlantic Alliance, with its delusions and phobias, is one of the levers for promoting Washington products of American military-technical companies. And in the face of increasing competition, Russian successes in the field of arms exports cannot but cause respect. As respect in the world market, it also causes Russian weapons themselves, effectively demonstrating their capabilities not only during training events, but also during military operations against international terrorist groups in Syria.