July 8 2016
121
The intervention of America and a number of European countries in the situation in Ukraine saved this country from bloodshed, reports RIA News Statement by Secretary of State John Kerry. 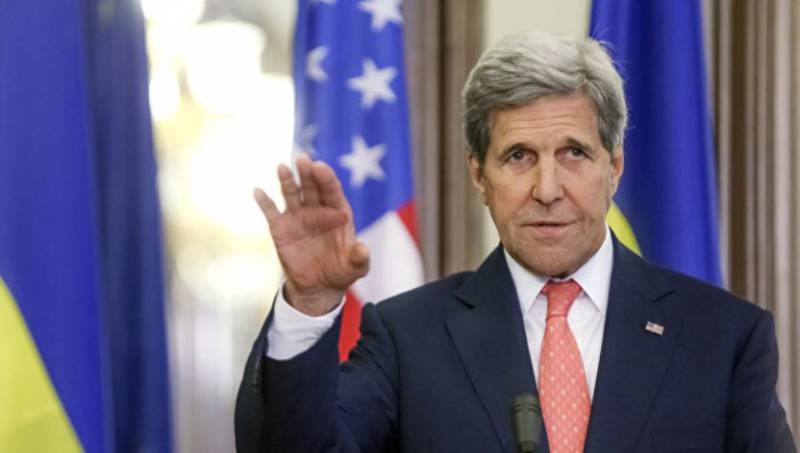 On Thursday, while in Kiev, Kerry called the events that took place in Ukraine in 2014 g the “struggle for freedom and independence.”

“I believe, without our help at every stage of this journey, especially in those early days, and without sanctions against Russia, without the unity of Europe and the USA, without our pressure on (President Vladimir Putin) Putin — who knows, who would march through the streets Kiev today, and who knows what bloodshed could occur in this fight ",
he declared.

“The United States is doing what they do best - helping people be who they want to be. This implies, in particular, the protection of human rights and the rule of law, ”said the Secretary of State.

“The whole world envies us in terms of the quality of our economy and technology, our medical care, our ability to create, and the entrepreneurial activity of our nation,” said Kerry.

Recall that in February 2014, the Verkhovna Rada removed the legitimate President Yanukovych from power, changed the country's constitution and called early elections, which resulted in Poroshenko’s presidency.

Ctrl Enter
Noticed oshЫbku Highlight text and press. Ctrl + Enter
We are
Results of the week. "Either true or all is well"
Military Reviewin Yandex News
Military Reviewin Google News
121 comment
Information
Dear reader, to leave comments on the publication, you must sign in.