July 8 2016
16
Senior Assistant Head of the Regional Investigation Department of the Investigative Committee of the Russian Federation in the Republic of Dagestan, Rasul Temirbekov, told the media about the results of the counter-terrorist operation. Recall that the operation began on the eve of the Karabudakhkentsky district of Dagestan after blocking one of the representatives of the bandit underground. 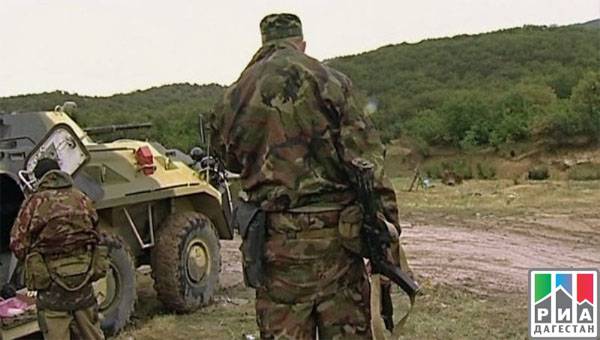 RIA News with reference to Rasul Temirbekov reports that during the special operation, which involved special forces units of the Ministry of Internal Affairs and the Federal Security Service of the Republic of Dagestan, nine militants were liquidated, including the leader of the so-called Makhachkala gang, Gusein Tagirov.

Tagirov was on the federal wanted list in connection with the charges of murder and attempted murder of police officers.

RIA Dagestan reports that while conducting a special operation, two of the militants still managed to get out of the encirclement. According to some reports, one of them was wounded. They are actively searching.

It is also reported that two accomplices of militants were detained in the village of Novy Paraul. During the searches they seized improvised explosive devices and several firearms weapons.

During the operation to neutralize the militants, a special forces soldier of the FSB died, three more security officials were injured of varying degrees of severity and taken to hospital.

Ctrl Enter
Noticed oshЫbku Highlight text and press. Ctrl + Enter
We are
Militants eliminated in Dagestan, including the leader of the Makhachkala gangResults of anti-terrorist work on Dagestan in April 2014
Military Reviewin Yandex News
Military Reviewin Google News
16 comments
Information
Dear reader, to leave comments on the publication, you must sign in.