Chinese equipment arrives in Russia, which will be used in Army Games

July 8 2016
15
Chinese military equipment began to arrive in Russia to participate in the Army Games, the opening of which will take place on July 30, reports RIA News the message of the head of the combat training department of the Ministry of Defense Ivan Buvaltsev. 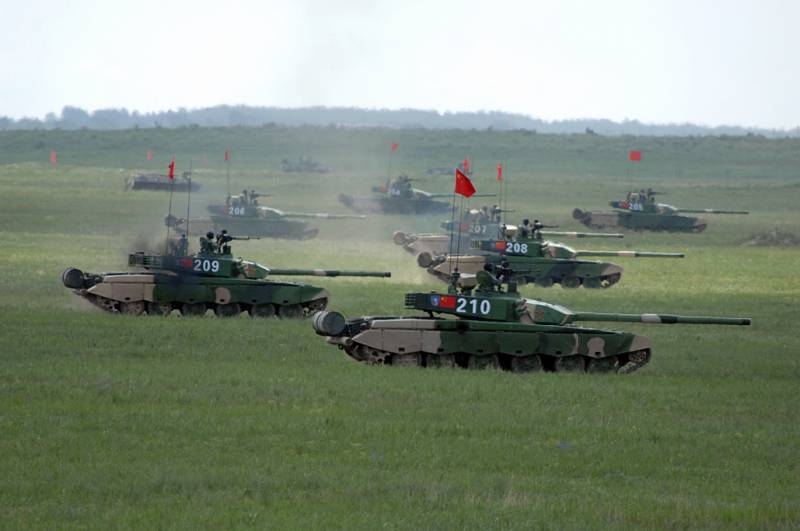 "Today (July 7) crossed the border of the second echelon of the People's Republic of China, two echelons on the way so that by July 23 the last echelon is concentrated in the places of the competition," Buvaltsev said.

He noted that "the Chinese military, like last year, are going to the 22 games contest with their equipment and weapons."

Later, the press service of the BBO reported that all 4 echelons arrived in Russia. "They were solemnly greeted by representatives of the command of the army of the Eastern Military District, headed by Major General Sergei Ryzhkov," the press service noted.

“More than 80 PLA ​​troops and more than 20 units of military equipment, including Tanks, armored personnel carriers, boats, on which teams will take part in the contests "Tank Biathlon", "Suvorov Onslaught", "Safe Environment", "Open Water", "Excellence in Military Intelligence" and others that are part of the Army International Games 2016, - says the district release.

"In the near future, the trains will go to the venues of the competitions - in Novosibirsk, Yaroslavl, Kostroma and Moscow regions", - added the press service.

Recall that the entire participation in the games was confirmed by the military departments of 19 countries, in addition, 11 countries will send observers to the games.

Ctrl Enter
Noticed oshЫbku Highlight text and press. Ctrl + Enter
We are
The action “Military service under the contract is your choice!” In Rostov-on-Don: future contract servicemen, exhibitions and “Russian Knights”
Military Reviewin Yandex News
Military Reviewin Google News
15 comments
Information
Dear reader, to leave comments on the publication, you must sign in.