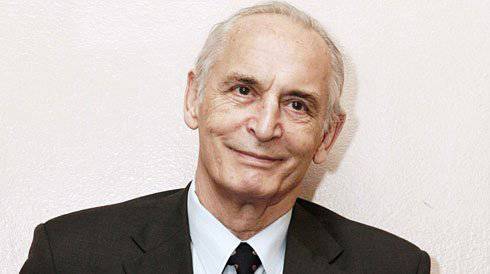 According to Interfax, referring to the statement by Alexander Kanshin (head of the national assembly of veterans of the Armed Forces and deputy chairman of the public council under the Ministry of Defense), actor Vasily Lanovoy is considered an authoritative figure among the potential chairmen of the Council. In other words, it is quite obvious that he will replace Nikita Mikhalkov, a film director, who left this post in mid-May. A. Kanshin commented: “In my opinion, we cannot find a better mediator in the dialogues of civil society with the military department, rather than Vasily Lanovoy. This is a very thin and intelligent man who is known both in the army and in the country. And, of course, the main thing is that Vasily Lanovoy, with all her heart and soul, is a fan of the revival of the Russian army in the modern field. ”

It is known that the Public Council under the military department has been working for more than half a year without a chairman. A. Kanshin noted: “I absolutely do not think that someone artificially in the Ministry of Defense is delaying the deadline for choosing a candidate for this very important position. And I am absolutely convinced that by the beginning of next year this issue will be resolved in the best possible way. ”

In addition, Valentina Melnikova (executive secretary of soldiers' mothers, a member of the Presidium of the Public Council under the Ministry of Defense) reported to Interfax that she spoke with Anatoly Serdyukov (Minister of Defense) about the reasons for which the nomination of the new chairman was delayed. V. Melnikova commented: “Instead of a direct answer, I heard only a joke. On this occasion, I did not hear anything concrete and intelligible from Nikolay Pankov (the State Secretary of the Deputy Minister of Defense). Based on this, it is clearly visible and clear that the leaders of the military department still cannot decide on the choice of a candidate for such an important position. ”

It should be noted that the creation of the Public Council under the military department took place in December 2006, based on the order of the Minister of Defense. The first chairman of the council was Nikita Mikhalkov (film director), and the council itself then consisted of at least a 51 person. N. Mikhalkov headed the council for a little more than 4 years, until this year, on May 16, he submitted an application to Anatoly Serdyukov (Minister of Defense), in which he announced his intention to relinquish his chairmanship.
Military Reviewin Yandex News
Military Reviewin Yandex Zen
16 comments
Ad