July 7 2016
84
The deputies of the Kyiv city council, not without pride, report on the next stage of the letter of the law on “de-communization”. Ukrainian TV channel “112. Ukraine" With reference to the Kyiv City Council deputy Yuriy Syrotyuk, reports that several streets and avenues have been renamed in the Ukrainian capital at once. In particular, the Moscow Avenue of Kiev will now bear the name of Stepan Bandera.


Syrotyuk:
Hooray! In Kiev, there is Stepan Bandera Avenue (instead of Moscow)! "For" - 87 of 97 present. Against - no one. Glory to Ukraine!

It is reported that the avenue, named after the legendary Soviet military leader Nikolai Vatutin, will soon be named Shukhevych Avenue.

The renaming affected the streets and lanes, named after the commanders of the Russian army. Without answering the question, what does the renaming of Kutuzov and Suvorov streets have to do with the law on “decommunization”, the Ukrainian deputies renamed them into the streets of General Almazov and Mikhail Omelianovich-Pavlenko, respectively.

A native of Tambov, Alexei Grishin (Almazov is a pseudonym) is one of the representatives of the white movement in Russia. Known for being the military governor of Odessa in the 1918 year. Almazov removed these powers from himself in less than a year, meekly following the directive of the representative of the occupation authorities of the city in the person of French General d'Espere. In 1919, he committed suicide.

Mikhail Omelyanovich-Pavlenko - until 1917, the officer of the Russian Imperial Army. In the fall of 1917, he became the military commissar of the “Central Rada”. 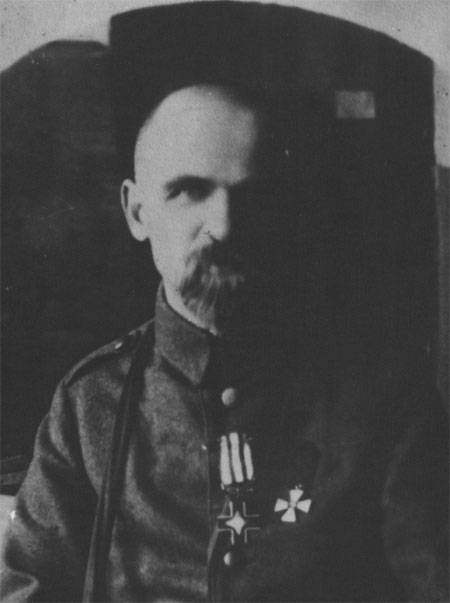 Famous Ukrainizer in the army. Member of the Polish campaign against Russia in 1920 year. The tasks of the Omelyanovich-Pavlenko detachments included attacks on the rear of both the Red and the White. In the 1942 year, at the age of 64, he called himself the hetman of the “Ukrainian free Cossacks” and began to form units of collaborators who entered the service of Nazi Germany from among collaborators. After the defeat of the fascist German units and formations on the territory of the USSR, Omelianovich-Pavlenko fled to Germany. In the 1944 year, when the Red Army continued to smash the Nazis in Europe, he moved to Paris, where he died in the 1952 year.

This is a word about comparing the scale of such individuals as Suvorov, Kutuzov, Vatutin with those military-political bugs, in whose honor Kiev streets and avenues are called today ...