The war in Syria: Russia is tearing "loop anaconda"

July 8 2016
71
Russia in Syria not only protects civilians from the "Iblis state", but also destroys the US plans to strangle Eurasia - breaking the so-called "anaconda loop" 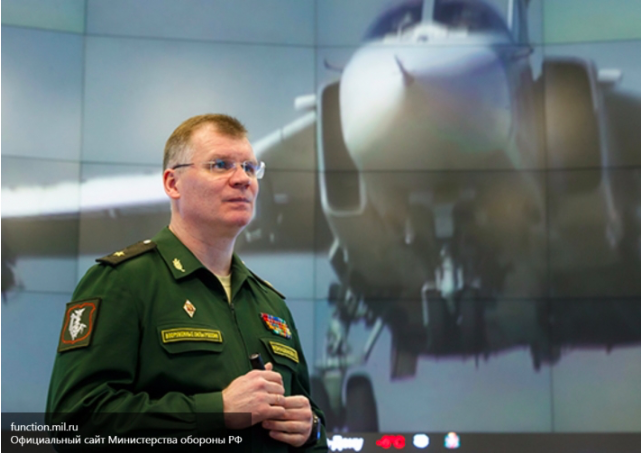 The conflict in Syria, as almost everyone has already realized, is not “another Middle Eastern war”, but a major geopolitical clash of superpowers — Russia and the United States. It is precisely on the geopolitical plane that strategic answers must be sought when thinking about Russia's participation in the Syrian war, and then the seemingly boring power struggle between ever-noisy Arabs will open up for us, the Russians, the most vital perspectives.

“What are we doing in Syria?” - like any "overseas war", the Syrian conflict prompts to ask this question. There are many answers, from official to conspiracy theological ones, but all of them either do not notice the main thing or are silent about it. Here, for example, is a completely convincing answer, most likely - actually true, but is it complete? “In this case, the dream of American geopoliticians who wish to lay a trunk oil and gas pipeline through the Middle East will come true, which will become a direct competitor for Gazprom’s European highways, such as Nord Stream -1, Urengoy-Pomary-Uzhgorod, Yamal- Europe ”and others. In addition, the implementation of such a plan would cast doubt on the feasibility of constructing gas pipelines now being designed, such as Nord Stream -2, South Stream, and others, ”writes a military source of the Federal Agency News (FAN) in Syria, Ahmad Marzouq, commenting on the emergence among the active "players" of the conflict of a new group with the uncomplicated name "New Syrian Army." Of course, completely pro-American and pro-Saudi, now striving, in the manner of the Second Front during the Second World War, to grab more territory from the decaying ISIS, so that Assad would not get it.

Is it permissible to reduce the whole point of Russia's participation in the Syrian conflict to the prevention of a gas pipeline from Qatar to Turkey? It seems to me no. And to the preservation of the power of Bashar Assad - no, this is not an end in itself. And even to the "fight against world terrorism" - also not. And why, then? "What are we doing in Syria?"

To answer the question, look at the two cards. They are very similar, differ in details: 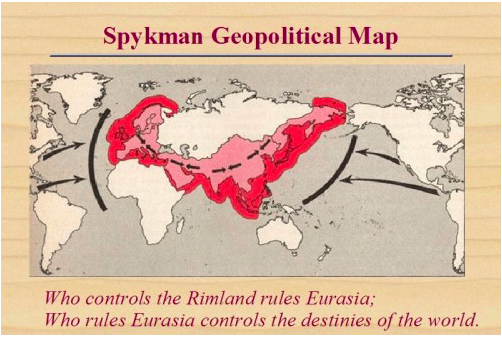 What is depicted on them? Even intuitively, you can understand that something very unpleasant for Russia.

And this is true! On the cards is the so-called “anaconda loop”, which is Spikeman’s concept called “rimland”.

Let us recall the basic terms and theses of classical geopolitics. Heartland (Heartland) is the “core land” of the World Island, Eurasia - this place is occupied by Russia. Geopolitics is repelled by the constant confrontation of Land and Sea, and Land - is, above all, Russia, and the Sea - the Anglo-Saxon countries, led by the United States. Seeking a way to overcome the Land, the Sea gradually came to a strategy not of invasion, but of blockade and strangulation. In the 19 century, this plan was called the “anaconda loop”, serving as a strategy for the northern states to strangle southerners in the US Civil War: 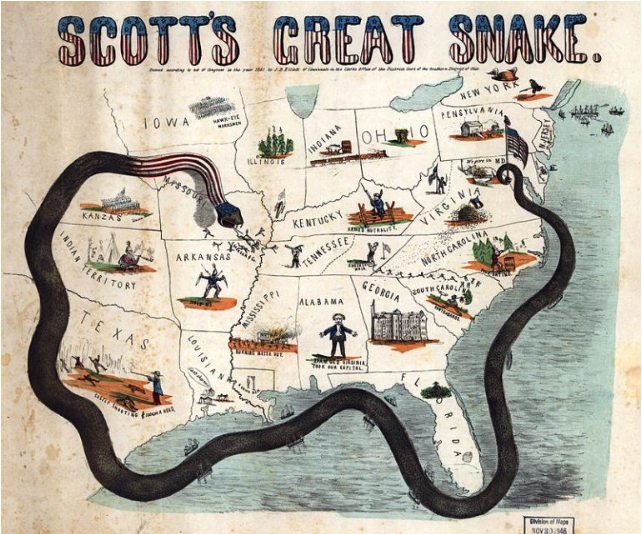 As a result, the strategy worked, if not becoming the main reason for the victory of the North, then at least simplifying it significantly. In the 20 century, American geopolitics Nicholas Spykman in 1940 wrote the book “Geography of Peace” (“Geography of Peace”), in which he expounded the concept of “rimland” - an arc spanning the Heartland, isolating it from the World Ocean. the borders of the military bases of the Sea. On the second map, if you noticed, Russia even “chopped off” Kamchatka and Chukotka, absolutizing its isolation from the Sea. True, Spykman was not aware that the Arctic Ocean would soon become quite navigable, but it does not change the essence of the concept - during the Cold War, it formed the basis of the American strategy of encircling the USSR with its military bases from Turkey to Japan. This was the second version of the anaconda loop.

The world is constantly changing, political and technological, but the constants of geopolitics remain consistently relevant: the sea "heats" the land. What to do Suchet? What should Russia do?

The answer is obvious: cut the anaconda loop. Drive into the ring of blocking countries, to then expand the springboard of its influence. The weakness of the blockade in its indispensable totality: a “broken board” appears in the fence, as the meaning of the whole fence disappears.

On the Ukrainian website "Khvylya", which compares favorably in the direction of relative responsibility from other media svidomogo, an interesting article appeared interesting author. The author is Sergey Udovik, a good analyst and publicist, and even - oh, horror! - not a special Russophobe, writes the following:

“However, the most significant blow to the strategy of Mackinder was delivered by Russia in Syria. The question was not just the insane desire to save Asad (hardly needed by Russia) and to preserve the base in Latakia and Tartus for demonstration, but also to demonstrate the strength and capabilities of its Military Space Forces (VKS) and test new designs. weapons. Russia received immeasurably more in Syria. It placed 1 under control) oil and gas flows from Sunni countries, led by Saudi Arabia to the Mediterranean Sea and the EU; 2) gas pipeline from Qatar to Turkey; 3) from Kurdish Kirkuk to Israel and others. Through Abkhazia and Georgia, Russia can control flows from Azerbaijan to Turkey, which puts Turkey’s energy sector under complete control. Also through its base in Syria, Russia can control the security of the New Suez Canal (see China) and the base of Britain in Cyprus (see map). 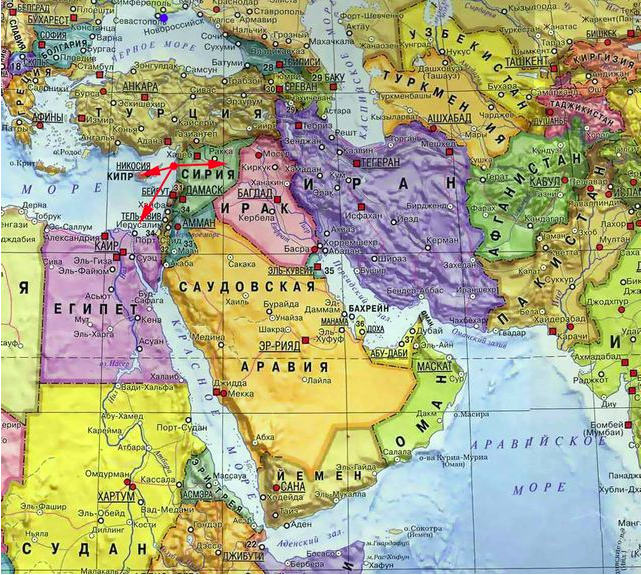 Russia, not only at low cost, became a key player in the Middle East, squeezing the United States, but also forming the “A2 / AD” zone, closed Syria to Turkey and got the opportunity to study the tracking and characteristics of the American and European military aviation. Russia also destroyed Erdogan’s plans to recreate the Ottoman Empire. ”

As we see, control over a possible Qatari-Turkish gas pipeline is also included in the list of Russian victories, but they alone are far from exhausted! Russia's goals are much more extensive - and in the aggregate its very presence in Syria gives our country powerful geopolitical bonuses in the totality of military, economic and political factors. Not Rimland already dominates Hartland, but on the contrary - Hartland expands its influence, shifting the accents of belonging to the “disputed territories”.

The “Syrian breakthrough” of the American “anaconda loop” became clear evidence of a geopolitical “reassessment of values”. Heartland is no longer just defending, he went on the offensive. Next in line are the new “weak links” of the composite American snake, they will have to try the strength of the Russian hammer on themselves. The world is changing, and the land gets a new chance to overcome the sea octopus.