Tomorrow for the war in the Donbass: “calm” or is it “wind”?

July 7 2016
130
Writing about Donbass was not easy. More precisely, it became difficult to write about the Donbass last year. Too much negativity was raised against many fairly famous people. For some, it’s quite fair. Too many of those with weapons in the hands began to fight, just left. Some are loud. And most just left, that's all. They had no place in the new republican army. Their combat experience turned out to be useless. But political views have become harmful to the republics. 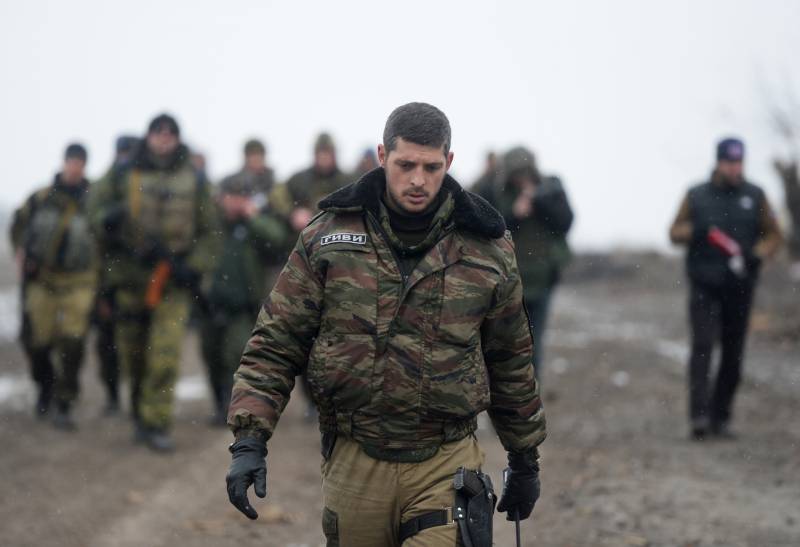 This applies not only to volunteers who went under the bullets to protect peaceful citizens of Donbass from the Nazis. This also applies to whole units and subdivisions that were widely heard in the Donbas, in Ukraine, and in Russia. Entire brigades, companies, battalions disappeared ...

With some of the former militia (let me keep the old name), we have communicated and communicate until now. Overwhelmingly, these are people of high morality and honor. Not marauders, not lovers of the long ruble, not bandits and criminals. They genuinely wanted to help. Just because they had combat experience, they knew firsthand what war was. These people knew how many lives the acquisition of combat skills in a real battle would cost.

The second week in the Donbass blood is shed again. Press services on both sides report each other being cunning. About unwillingness to comply with the Minsk Agreement. Both sides successfully repel attacks. Successfully pushing the enemy to previously occupied positions. Successfully go on the counteroffensive. Fight to the fullest.

What's this? Is it an individual shootout? Or the commanders of the APU and the National Guard under deliberately give orders? And the performance of Poroshenko in Slavyansk? How to evaluate it? Let me remind you that the president of Ukraine for the first time called the ATO a “patriotic war.”

But I wanted to take on this material after one interesting conversation. Talking with a man who a year ago was quite famous among the militia. The man who returned his cross to Zakharchenko’s headquarters and left. By the way, exactly the same thing was done by many “Oriental”.

The fact is that as soon as it became "hot", it turned out that the positions of the Republicans were mostly defended by the unstripped soldiers. Those that came into the army after the active phase of the fighting. Those for whom military service is more a way to make money.

Remember the recent attack of the Armed Forces of Ukraine on Debaltseve? When not only a roadblock, but also the main positions of the Republican army were crushed quickly and without much loss among the Ukrainians. When, instead of defense, the soldiers of the army corps successfully “showed heels” to the enemy. It is doubtful that if there was an order, the APU would have stopped so quickly. Just success, in my opinion, stunned the Ukrainian warriors themselves. Including staff officers.

Some messages look the same way. Like "Ukrainian military captured the fighters of the DPR army sleeping in positions under Shirokino." And all this is supported by video interrogation of these fighters. Similarly, they posted a video about the seizure of the “Anthill” near Debaltseve. However, as always, ukroSMI is not aware of some things that are obvious to Russians, therefore, they captured “two passports of Russian lieutenants”.

So, as it turned out, according to the interlocutor, some of his comrades were called by friends from that side. And, without really insisting, they “probed the ground” on the issue of returning Republicans to the army to the same positions they had been before their departure.

To believe or not to believe this message is the business of each of us. It is possible that the conversation was private. And the proposal was just a wish to return those days when comrades fought in the same positions, ate out of one pot, saved each other from enemy bullets and mines. Another thing is important. It is important that the military aggravation showed short-sightedness of the Donetsk governments and leaders of the republics in the conduct of military reforms.

And if more precisely and, most importantly, impartial, complete incompetent.

It is doubtful that one of the Russians today will return to the Donbass. Too fresh unpleasant memories of the attitude towards them. But there is a huge number of Ukrainian citizens thrown out of the army. Discarded as useless. Moreover, the whole units.

Where are they today? And they "Gaster" in Russia. They guard gas stations in Donetsk or ATMs in Alchevsk. They are in place. From a simple soldier to the commanders of units. Not just sergeants and soldiers. Officers, including senior ones. People who in the most difficult days for the republics took up arms. People whose combat experience did not appear in the civil war in Ukraine, but much earlier.

Today it is clear that the fighting will continue at least until the end of the NATO summit in Warsaw. Ukraine needs to "score points" in the eyes of Europeans as a "defender of Western civilization" from "Asian barbarians." Ukraine needs not only money, but also weapons and ammunition. "Soviet" stocks are melting fast. Therefore, those that remained in the arsenals of the new NATO states are necessary.

Once, not so long ago, we were reproached with some bias towards military construction in the republics. It seems to us that the time has come when it became really visible all the positive and negative aspects of the reform. Hope for "vacationers" today is not enough. Yes, and those that are expelled, it seems to us, are not eager to return.

And “Somalia” with the heroic battalion commander Givi cannot “save” everyone.

Ctrl Enter
Noticed oshЫbku Highlight text and press. Ctrl + Enter
We are
Results of the week. “Let me, how can you eat herring without vodka?”The tragedy of the American army ("The Atlantic", USA)
Military Reviewin Yandex News
Military Reviewin Google News
130 comments
Information
Dear reader, to leave comments on the publication, you must sign in.