Voenkor "Mag" about the battles on the front of the Debaltsevsky

July 6 2016
57
Blog chervonec_001 published another summary of the military officer "Mag" about the situation in the Donbass. 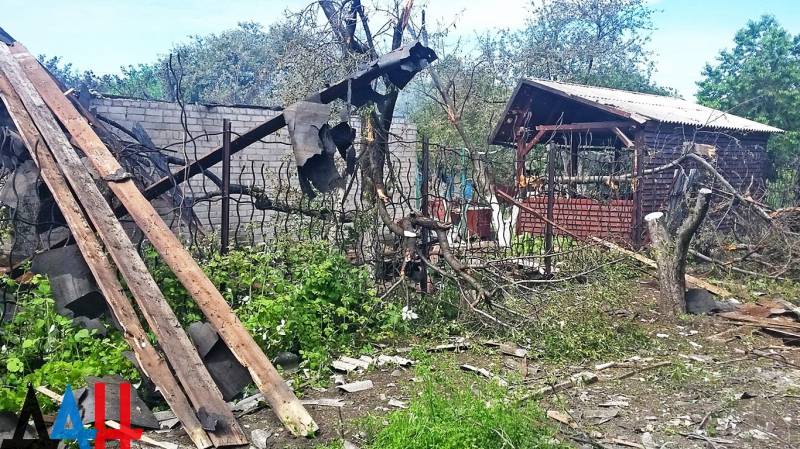 The report, in particular, describes the events that occurred on the Debaltsev front:

"June 29, Wednesday
At night, in 02: 20, shelling from small arms and mortars began on the Debaltsev front. Nothing new, this happens with us every evening and night along the whole front. But as it turned out, everything is not so simple.

In 04: 00 in the morning there were local skirmishes again, the DSHRG (sabotage and assault reconnaissance groups) of the 54 and 58 teams entered the battle. The number of each did not exceed 70 people, there were five such groups. Each supported 3-5 BTR / BMP, several mortar batteries. In principle, the composition of the assault groups is the same as that used on the southern front, near Dokuchaevsk, as well as Donetsk, Avdeevka and Gorlovka.

At 06:30 in the morning the next attacks went, the main blows were delivered in the areas of Lozovoye, Logvinovo, Sanzharovka. This time the DShRG of the 54th and 58th brigades supported self-propelled guns and several tanks. They did not enter the DShRG villages themselves, and they did not have such tasks. Bypassing, blocked the road. Then, knocking out the leading militia patrols from the block of posts and heights, they began to gain a foothold. Several companies and about 70 pieces of equipment came to them at once - armored personnel carriers, infantry fighting vehicles and MTLBs. In Artyomovsk and Svetlodarsk, the main forces of the 54th and 58th brigades, including tank companies, were waiting for the go-ahead.

In 10 in the morning, the VSN, with the help of the 7-th brigade of the DNI and NM LPR, with the support of the 4 artillery battalions, began to work on the heights of the occupied Armed Forces.

The main battles flared up in 14 hours, the enemy was knocked out of the heights and thrown back to their old positions in the Svetlodarsk area, despite the fact that a company of 54 tanks had come to support them. In the ranks of the APU, there was again chaos, the same as a year and a half ago in February 2015. They did not pursue, Russian officers from the joint conflict resolution group (JCCC) contacted the leadership of the Ukrainian Armed Forces and assured that they would not be prosecuted, they could leave. By the way, the same proposal was in February 2015, even before the boiler was closed, then also Basurin and our other commanders suggested that the APU leave and not lose people.

Now about the loss. At our positions were duty barriers, the same as elsewhere, take any section of the front. At least tighter promku.

Therefore, when some clever men write that in one battle, on promke, we lost 150 people 200-x and more 300 people 300-x, this causes a strong resentment among the militia. The fact is that we simply do not have so many people in the first line. And in fights so much is not involved. Protection is built on individual houses and heights, interchanges, bridges, on which there are a small number of people.

It's the same when they write that we lost 300 200's in the attack. Groups of 8-20 people, less often 30, work in fights in urban areas. I remember how the information appeared that in February 2015 during the counterattack of the Armed Forces of Ukraine against Uglegorsk, the militia lost 1000 people, and the APU 1500 people. As it turned out later, this was a lot of misinformation. Understand, now it is not the First World War or even the Patriotic War, and no one walks with machine-guns with a drum and we don’t have the Kursk Arc.

If you remember, then immediately appeared information about the 200-x killed APU. And a little later about 20 killed by the militia during the battles of Logvinovo.

Where do these numbers come from? If 20 says killed militias, who would believe right? And if you say our 20 and 200 punishers, 1 to 10, you just want to believe right? The only thing is that no one is interested in 200 or 1000. The APU has lost, it is important to stick people in Russia and the republics in the head, that the militia has lost an 20 man ... What is disinformation, with some goals of their own.

Do you really think that within a few hours, during shelling, and they lasted almost a day there, someone runs and counts the corpses? No photo and video confirmations. Here is the information that we managed to collect bit by bit. Our losses are 9 killed and about 30 injured, the APU loss 30-50 killed and up to 80-150 injured. The main dead of the APU - during the withdrawal and hit by the 4-x divisions of the BCH. The fact is that DUK units still participated in the attacks, and they carefully conceal their losses.

By the way, in the first attacks, our sniper shot down the Ukrainian singer. The singer served as a machine gunner and during the attack of the Armed Forces of Ukraine, he tried to squeeze our guys with fire, who were holding the defense at the checkpoint. Our sniper with 500 meters worked out a firing point.

In parallel to the battles and shelling under Debaltseve, the front thundered at all sectors all night and the next day. What was really strange, since the day of the shelling was long gone.

In 20: 30, battles resumed with the use of tanks and artillery in three directions at once - Lozovoe, Logvinovo and Sanzharovka. In Donetsk, we are responsible for the positions of the artillery of the Armed Forces of Ukraine in the areas of Marinka and Krasnogorovka. And the battles and shelling always coincided with the battles on the Debaltsevsky direction, apparently there was an attempt to divert our reserves. In general, any battle and shelling could turn into the same blow as under Debaltseve.

Up to 00: 00 the whole front thundered at night. During the day we were shot at 326 times, the reports did not include shelling under Debaltseve. In Kharkov hospitals 10 injured soldiers of the Armed Forces of Ukraine arrived. ” 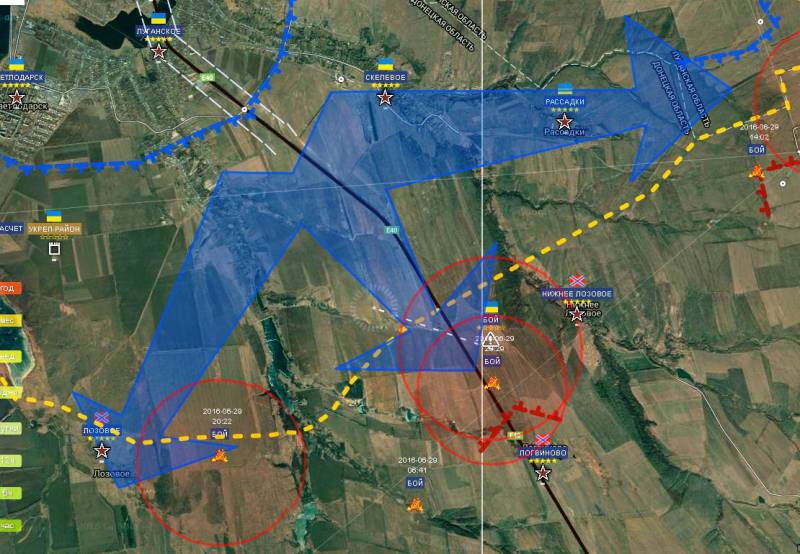 Ctrl Enter
Noticed oshЫbku Highlight text and press. Ctrl + Enter
We are
Weekly summary (30 January-5 February) on the military and social situation in the DPR from the military officer "Mag"Voenkor "Magician" about the situation in the DPR
Military Reviewin Yandex News
Military Reviewin Google News
57 comments
Information
Dear reader, to leave comments on the publication, you must sign in.