July 7 2016
45
China hosted the China Military and Civilian Integration Expo 2016 exhibition, dedicated to new developments of military and civilian use. During this event, a large number of Chinese enterprises have demonstrated their latest achievements in the form of promotional materials and real samples. One of the most interesting exhibits of the exhibition were three armored vehicles of the YJ2080 type, built by Chinese industry.

The project YJ2080 is of great interest for Russian specialists and the public, because it has a curious origin. Armored cars of this type are a licensed version of the Russian machine SPM-2 / GAZ-2330-36 "Tiger", assembled by the Chinese industry in accordance with the agreement signed several years ago. During a recent exhibition, the manufacturer showed the first samples of armored vehicles assembled after the completion of full localization of production. Unlike its predecessors of the same type, exhibition armored cars are completely made in China without the delivery of finished components from Russia. 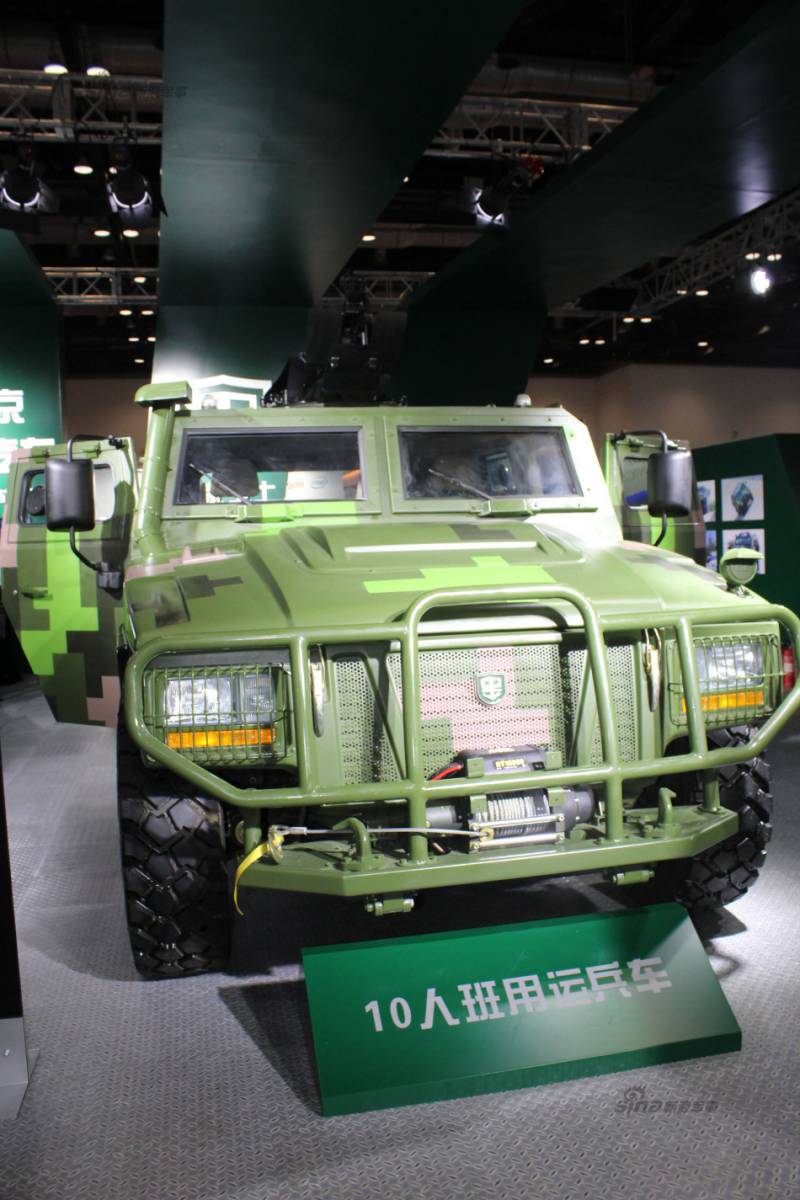 Operation of Russian-made armored vehicles by Chinese security forces began in the middle of 2008. Having studied the various proposals, the Chinese experts decided to purchase a certain amount of Russian technology. In July, 2008-th Chinese Automobile Plant Beijing Yanjing Motor Co. signed a contract with Rosoboronexport, in accordance with which the Russian side had to supply the customer with five ready-made Tiger armored cars and the same number of sets for assembly in China. Soon, the ordered products were handed over to the Chinese side, which independently assembled the equipment from the supplied sets, and then mastered the operation of all ten armored vehicles.

Ten SPM-2 armored cars were handed over to Beijing law enforcement agencies, who were to keep order during the Olympic Games. According to reports, this technique coped well with its task, allowing security officials to ensure the safety of athletes and spectators. 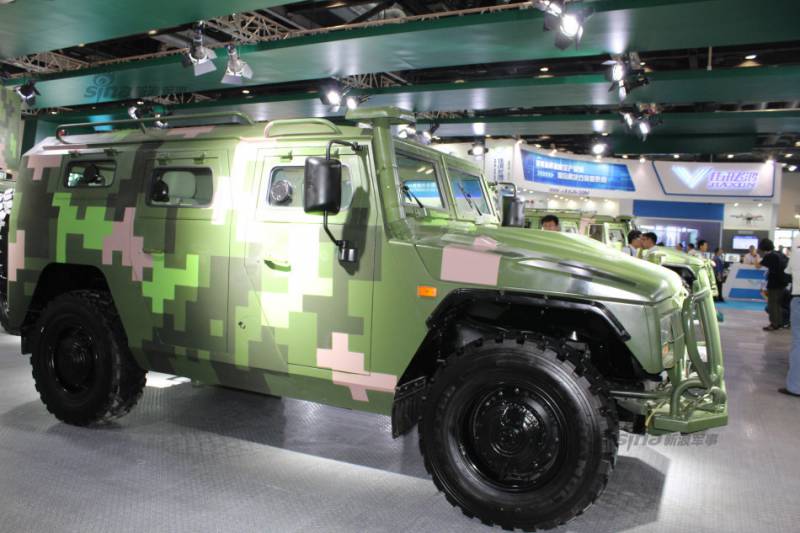 According to the results of the operation of the new armored vehicles during the Olympics-2008, it was decided to order an additional batch of such vehicles. At the end of the year, Beijing Yanjing Motor Co. and Rosoboronexport signed a new contract for the supply of equipment. This time the agreement implied the transfer of ten SPM-2 / GAZ-2330-36 armored vehicles in finished form and 90 vehicle kits for assembly at Chinese factories. Armored cars assembled in China received a new designation YJ2080, and in addition, they were packaged with plates with the logo of the assembler.

The first cars of this lot were assembled and transferred to the customer in July 2009 of the year. The order for the assembly of hundreds of armored vehicles was fully completed by 2010 year. This equipment was given to the Public Security Bureau, the People’s Armed Police and army units serving in the Xinjiang Uygur Autonomous Region. After the riots in the middle of 2009, it was decided to strengthen law enforcement agencies in the region, including through the supply of new armored vehicles. 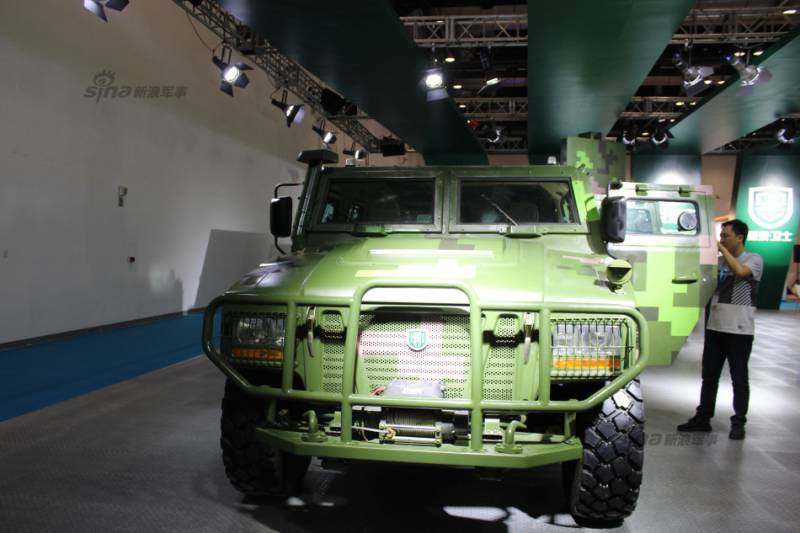 In the future, new contracts for the production of Russian-made armored cars by Chinese enterprises appeared. In accordance with the purchased license, Beijing Yanjing Motor Co. got the opportunity to establish a fully localized production of new cars. To date, it is alleged, the manufacturer has already mastered the production of wheeled platforms, and also developed several options for special equipment armored vehicles. Three versions of armored cars in different versions were shown at a recent exhibition.

Armored YJ2080 is a version of the machine SPM-2, assembled by the Chinese industry from the components of the Russian or its own production. For this reason, the main features of the armored car remain unchanged, although some structural elements can be adapted to the capabilities of the Chinese industry and the technologies available to it. Thus, the original SPM-2 and the Chinese YJ2080 have a minimum of noticeable external differences, and the design differences are reduced to some minor modifications. 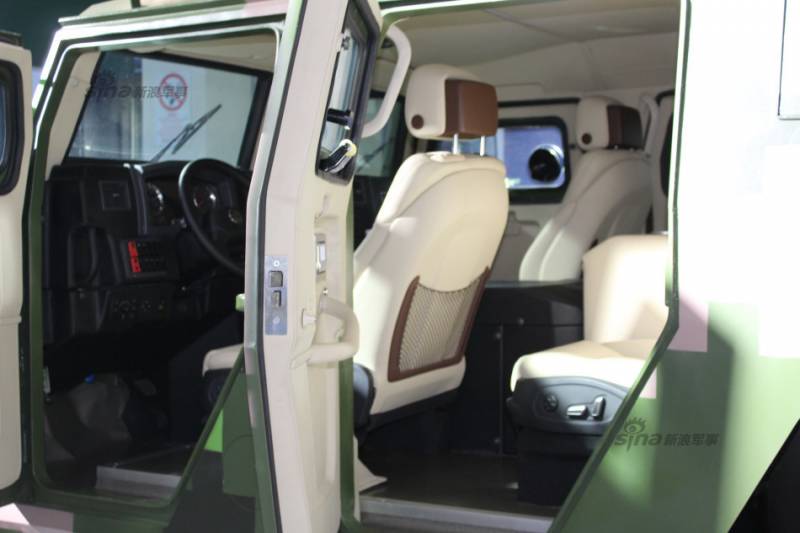 Chinese armored car retains the overall layout and basic characteristics. This armored vehicle with a wheel formula 4х4 is built according to a bonnet layout and is equipped with a protected body that corresponds to the 5 class according to Russian standards. Thanks to such a reservation, the car is able to protect the crew from bullets of caliber 7,62 mm: from shooting from automatic rifles, any of the rifles using bullets that do not have a reinforced core.

An armored car assembled under license retains the overall layout with a front engine in a separate volume, behind which is a large single habitable volume. The driver’s and commander’s seats are located in the front of the cabin, and the remaining volume can be used to accommodate passengers or special equipment of the required type. In the variant for the transport of personnel, the armored car is equipped with two front seats for the driver and commander, behind which are placed seven more armchairs for the landing. 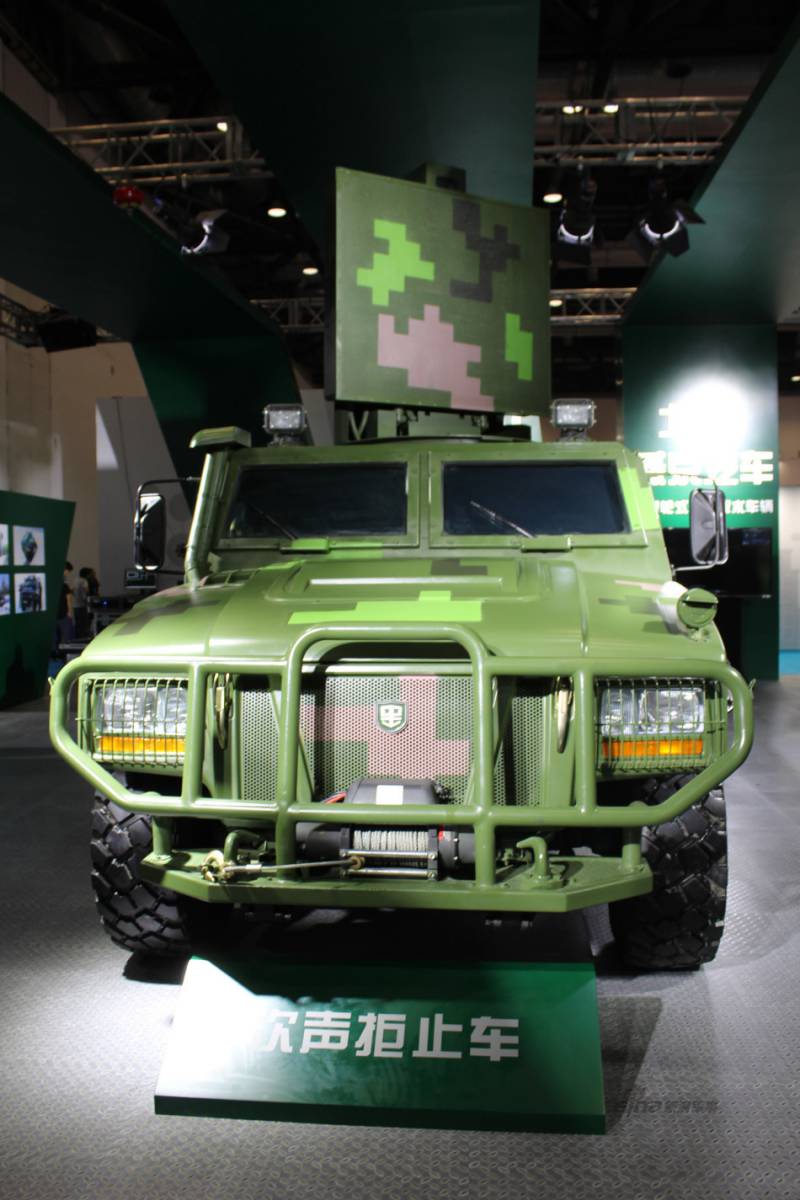 During the development of the project, Chinese experts have taken into account the Russian experience in the layout of habitable compartments. So, at the China Military and Civilian Integration Expo 2016 exhibition, samples of armored vehicles with different door and hatch composition were displayed. Thus, there is a version of the hull with two side doors, aft aft door and a round hatch in the roof. Also presented a sample with its own doors in the second row of seats. In this case, two rectangular hatches are installed in the roof of the car.

Chinese experts consider the YJ2080 armored car not only as a vehicle for personnel, but also as a carrier of special equipment. One of the exhibition samples was equipped with a small-sized radar station, which can be used to solve certain tasks in the interests of the army or other security forces. On the roof of this armored car installed a slewing device with an antenna, and in the aft cabin placed the operator's workplace with a set of computer equipment. 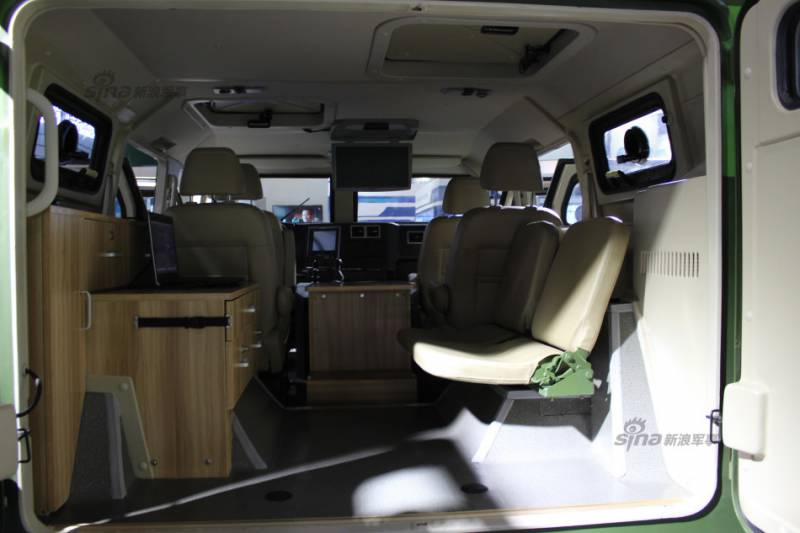 Considering the changes in the habitable compartment of Chinese-made armored cars, you can also mark the finish. Exhibition samples YJ2080 from the inside more like cars for the civilian market with the appropriate interior design. Chairs and trim panels are made in bright colors, and also have a distinctive appearance. At the same time, armored cars receive a standard dashboard from the original project, similar to Russian-made vehicles.

Currently, the Chinese factory Beijing Yanjing Motor Co. mastered the licensed production of armored cars SPM-2 / YJ2080, which is no longer dependent on the supply of Russian components. All the necessary components and assemblies are made by Chinese enterprises involved in the project. The final assembly of the finished armored cars is produced by the company that purchased the license. In addition, the Chinese industry has already developed several specialized modifications of the base armored vehicle. 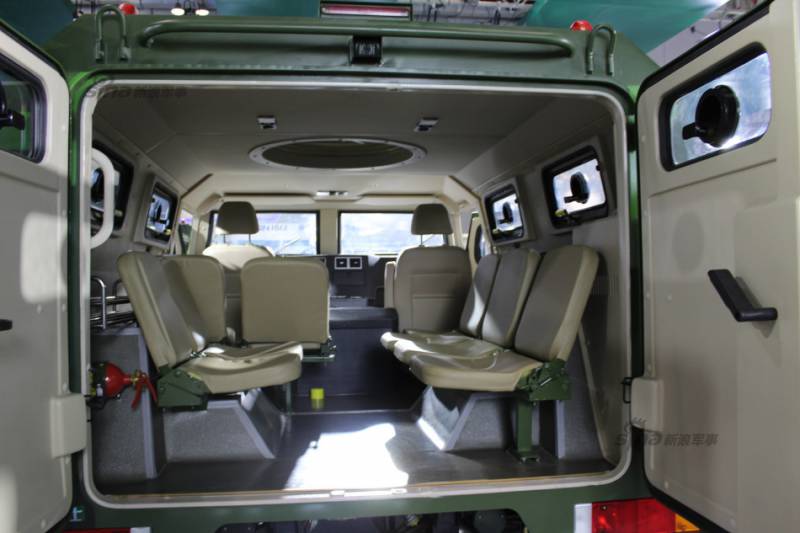 From the available data, it follows that the Chinese company continues to build fully localized armored vehicles in the interests of various law enforcement agencies in China. Volumes, cost and other features of orders are not reported. Nevertheless, it can be assumed that the deployment of full localization of production is associated with the desire of Chinese customers to purchase a large number of new equipment. In this case, the restructuring of production and the exclusion of Russian participation is completely justified from an economic point of view.

It should be noted that China is not the only foreign operator of Russian-developed Tiger armored cars. Since the end of the last decade, Rosoboronexport has signed several contracts for the supply of finished equipment to various foreign countries. Armored cars were delivered both to neighboring countries and to the states of remote regions. "Tigers" of all modifications are used in the CIS, in the Middle East, in Asia and in South America. At the same time, the most fruitful cooperation takes place in the case of China: after a short supply of finished equipment, the assembly of machines from the sets was launched, and then the full localization of production was carried out.

Recent ones news from China once again show that Russian developments in the field of light multipurpose armored vehicles are of interest not only for domestic, but also for foreign customers. Taking into account the existence of a wide range of modifications of the armored car "Tiger", we can expect that news about the supply of this equipment abroad will appear in the future.