General with Syrian experience. The head of the military operation in Syria was appointed commander of the Southern Military District

July 7 2016
34
The troops of the Southern Military District meet the new commander. 1 July 2016 was another. Russian Defense Minister Sergei Shoigu announced that Colonel General Alexander Dvornikov was appointed commander of the military district. Until recently, this name did not say much to people not related to the armed forces. The combat officer preferred to remain in the “shadows” - he really doesn’t like, as they say, knowledgeable people, idle talk and meaningless “illumination” in the media.

For the first time, all of Russia learned about Colonel-General Alexander Dvornikov in March 2016, when the commander in charge of the Russian military operation in Syria received the Golden Star of the Hero of the Russian Federation personally from the hands of President Vladimir Putin. In turn, the general handed over to the president a photograph that best describes the rest of the Syrians in gratitude to our country. The picture from the air shows the roof of the Syrian house, and there is a very significant inscription on it: “Good morning, Russia! Hello! You are our friends and our brothers! Thank!" 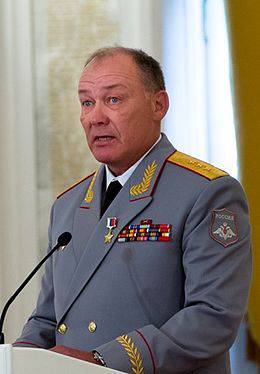 Behind General Dvornikov is a long and impeccable service in the ranks of the Soviet Army, and then the Armed Forces of the Russian Federation. A native of Ussuriysk, 54-year-old Alexander Vladimirovich Dvornikov chose for himself the life course of an officer. As a teenager, he entered the Ussuriysk Suvorov Military School and graduated from it in 1978. Next is the career of a land officer. In 1982, the Janitors graduated from the Moscow Higher All-Arms Command School named after the Supreme Soviet. He served in various command positions in motorized rifle units and formations of the Soviet Army and the Armed Forces of the Russian Federation. In the Far Eastern Military District, Alexander Dvornikov commanded a motorized rifle platoon and a company, then was chief of staff of a motorized rifle battalion. This was followed by the transfer to a new, prestigious duty station - in the Western Group of Forces, where the young officer served as deputy commander and commander of a motorized rifle battalion.

Colonel-General Alexander Dvornikov was never a public figure. Before going on a business trip to Syria, where in September 2015 the general headed the Russian military group, Dvornikov held the position of first deputy commander of the Central Military District - the chief of staff of the district. It was at this time about him appeared one of the first publications in the media. At the beginning of 2015, General Dvornikov was predicted to be soon appointed to the post of commander of the Central Military District, as his immediate superior was expected to be Colonel-General Vladimir Zarudnitsky, who would be appointed to the post of commander-in-chief of the Russian Aerospace Forces. Then, in the summer of 2015, the Russian Ministry of Defense considered two possible options for appointing the commander-in-chief of the aerospace forces being formed. In the first version, the post of commander-in-chief was to be occupied by a combined-arms general who would most effectively ensure the combat coordination of forces and equipment of the aerospace forces. Of the combined-arms generals, the most optimal candidate was Colonel General Zarudnitsky. The second option assumed that the formation of the VKS would be entrusted to a specialist general, who came from the Air Force or the country's Air Defense Forces. In the end, as they say, not without the intervention of the State Secretary of the Ministry of Defense Nikolai Pankov, the Russian military leadership chose the second option. Thus, Colonel Generals Zarudnitsky and Dvornikov remained in their places, and the Aerospace Forces were headed by Colonel General Victor Bondarev, a professional military pilot with extensive experience, before creating the VKS, who served as commander-in-chief of the Air Force of the Russian Federation.

However, Colonel General Alexander Dvornikov, who served as chief of staff of the Central Military District, was soon sent to Syria. It was he who in practice had to hone the interaction of the Aerospace Forces of Russia and some other troops. At the same time, for a long time, the participation of the chief of staff of the Central Military District in the leadership of the Russian military operation in Syria was not advertised, the domestic media did not report anything. The "curtain of silence" began to open only in the spring of 2015. First, materials appeared in the press that the general admitted participation in the hostilities of Russian special forces. "Rossiyskaya Gazeta" then published an interview with the general, in which he said that the Russian special forces are really fighting in Syria - they carry out the tasks of additional reconnaissance of targets for Russian strikes aviationcarry out guidance of aircraft on targets in remote areas, and also perform other responsible special tasks. In March 2016, Colonel General Alexander Dvornikov was awarded the Gold Star of the Hero of the Russian Federation. 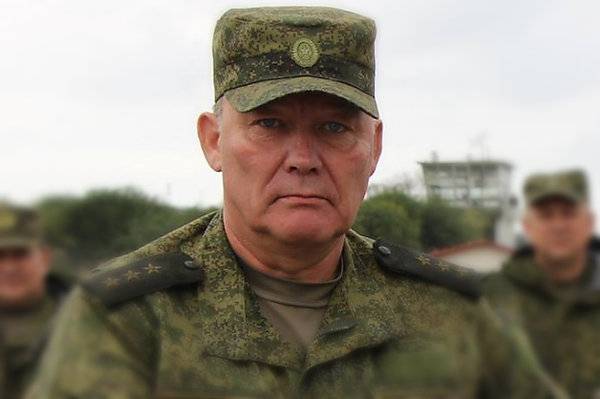 General Dvornikov had to command Russian troops in Syria during one of the most difficult periods of a military operation. When General Dvornikov arrived in Syria, the situation in this country was obviously not in favor of government troops. Under the control of terrorists were significant areas, including the world famous city of Palmyra. Militants were preparing an offensive on Aleppo. Most likely, if the assistance from Russia did not come in time, the Syrian government forces would have been very hard. Especially considering that supporters of President Bashar al-Assad were exhausted by four years of bloody war and suffered heavy losses for several years, simultaneously subjected to the most severe information pressure from the media and propaganda from both Western states and many countries of the Arab East.

It was the intervention of the Russian military group that fundamentally changed the situation. For five and a half months, during which the group of forces acted under the command of General Dvornikov, it was possible to achieve a real turning point during the fighting. The key strategic areas were again taken under the control of government troops, and Russian aviation delivered effective strikes against terrorist clusters, their bases and convoys. During the time of the military operation, with the support of Russian planes, government forces managed to free more than 400 settlements from terrorists. The territory, which was controlled by the militants of terrorist groups, was reduced by ten thousand square kilometers.

Already at the end of February 2016, the troops of supporters of Bashar al-Assad launched a massive attack on the positions of terrorist groups in all directions. In the province of Homs, positions were taken on the outskirts of the town of Mkhin; fire strikes were made on militant positions in the areas of Murek, Narb-Nafs and Latmin. Managed to take control of a key area in Aleppo. In mid-March, Syrian government forces managed to free the legendary Palmyra from terrorists. This victory was of fundamental importance for the military operations in Syria, first of all - of a symbolic nature. The combat successes in Syria were a direct result of the efficiently established interaction of the Russian military aviation with the Syrian ground forces, which received from the Russian Federation and new military equipment - artillery systems, communications, intelligence, etc. Unfortunately, it was not without losses in the ranks of our army - several Russian servicemen fell in battles with terrorists in faraway Syria. Their exploits were appreciated by the Russian leadership.

The southern military district is very strong and, at the same time, very problematic. Its units and formations are based in the Crimea and the North Caucasus, at Russian military bases in Abkhazia, South Ossetia and Armenia. The Southern Military District includes the Black Sea Fleet of the Russian Navy and the Caspian Military flotilla. It was parts of the Southern Military District that assumed the main burden during all armed conflicts in the North Caucasus and Transcaucasia. The district’s military personnel have to solve assigned tasks in a difficult situation, to be at the forefront of the fight against the terrorist threat. Therefore, the post of commander of the Southern Military District is very responsible and difficult. Only a strong military leader with great command and combat experience, trusted by the highest officials of the state, can cope with his duties adequately. General Alexander Dvornikov is just such a military leader, and even possessing invaluable Syrian experience in commanding troops in a complex modern war.

According to the press service of the Southern Military District, Colonel General Alexander Dvornikov has already begun to become familiar with the situation in military units and formations. In the near future, the colonel-general will visit units and formations stationed in the republics of the North Caucasus, Astrakhan, Volgograd and Rostov regions, the Crimea, and the Republic of Abkhazia. The new commander is faced with a very important task - to ensure that infrastructure facilities are commissioned and to begin combat training of the newly formed 150 th Idritsko-Berlin Order of Kutuzov, II degree motorized rifle division, which is now being deployed at three test sites in the Rostov region. The new motorized infantry unit will cover the south-western borders of the Russian Federation. 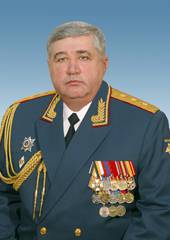