Ukrainian prosecutor: the latest examination proved the fault of the Berkut people in the shooting of Maidan activists

July 6 2016
58
Svyatoshinsky district court of Kiev completed the study of ballistic examinations in criminal proceedings against five former employees of the special unit "Berkut" accused of killing activists of "euromaidan" in February 2014. Experts' conclusion confirms the guilt of the defendants, reports RIA News Statement by the Prosecutor General Prosecutor of Ukraine Alexei Donskoy. 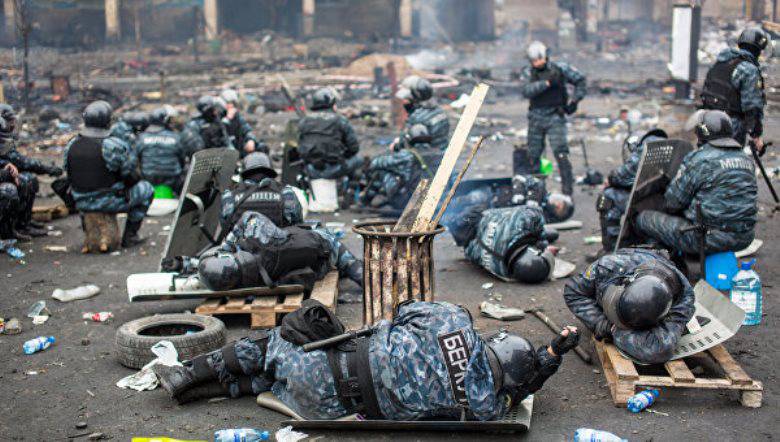 According to him, “the court will continue to examine the evidence of the prosecution” in this case.

The agency reminds that "ex-fighters of the" Berkut "are accused of killing 48 radicals on the Maidan, committing a terrorist attack and obstructing peaceful rallies."

Earlier, the Ukrainian Internet magazine Bird in Fligh published an interview with a resident of Lviv, Ivan Bubenchik, who, after identifying himself as a participant in the protests on Independence Square, said that 20 February 2014 personally shot at the Berkut fighters. ” The publication noted that the first killed on that day were berkutovtsy, not activists of the Maidan.