July 10 2016
68
The lack of state-minded people in the power structures of not only the highest, but also the middle management is one of the main problems of Russia. The actions of officials occupying various positions raise very strong doubts about their correct position in relation to the country and the people. Therefore, to prepare the elite for the country should be in the system of national, specially created education.


The phrase "Frames decide everything" is familiar to everyone. Stalin did not take it from the ceiling. He used the powerful personnel potential of the Russian Empire, which became the basis for governing the state, declared worker-peasant. Having experienced the mistakes and excesses of 30, the father of nations was able to draw the right conclusions and draw lessons, understanding the great importance of training people devoted to the cause of the party and government (which then replaced the concept of homeland). In the future, reliance on warlords and managers correctly selected and properly placed at their posts helped in many ways to turn the tide of the war unsuccessfully started for us and achieve victory. 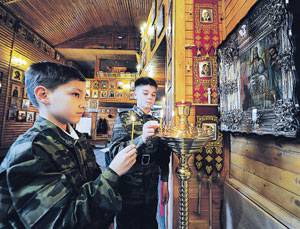 The Soviet school, with all its shortcomings, prepared sincere patriots of the socialist Fatherland. A significant contribution to pre-university training, in addition to the pioneers and the wide network of Osoaviakhim circles, was created in the period from 1937 to 1946, 20 artillery, seven naval and 20 military special schools of the People's Commissariat of Education of the USSR. Among their graduates trained in the five pre-war years were 24 Hero of the Soviet Union and three Heroes of Socialist Labor. The correctness of such a path was confirmed by the creation in August of 1943 under the auspices of the People's Commissariat of Defense 11 of Suvorov and Nakhimov schools as the old cadet corps. Already after the war, their graduates gave the country 77 Heroes of the Soviet Union and the Russian Federation, several federal ministers, three RAS academicians, three cosmonauts, three governors, about a thousand generals (including twelve strategic unions commanders and deputy defense ministers), tens of thousands of senior officers, hundreds of masters of sports, dozens of Olympic and world champions, many professors and doctors of science, cultural and art workers.

Currently, in the Russian Federation, 194 cadet educational institutions carry out similar educational activities. The figure is impressive. It would seem that in a country with such a high potential for training citizens and patriots there should be no personnel problems. However, no major changes occur. Upon closer examination, it turns out that the power and specialized ministries and departments that should be most interested in training their staff, contain on the balance sheet only 40 of similar institutions - one-fifth. The rest are given over to the Ministry of Education and Science and the educational authorities of the subjects of the Federation.

In the above proportions, not only the difference in approaches to the education of future state people, but also deeper contradictions. If there are no questions to the law enforcement officers, as well as to the Ministry of Foreign Affairs and the Ministry of Culture who have created the cadet corps in their system

The difference, for example, is that all the cadet institutions of the power unit in the best national and even world traditions are boarding schools with around-the-clock living inmates. By legal status, these are state general education institutions with elements of initial vocational training for the state military or law enforcement service. All the positions of tutors here are occupied by reserve officers with work experience who have passed a strict professional selection.

As for the cadet institutions under the supervision of the Ministry of Education and Science, almost a third of them are essentially ordinary schools that carry out specialized activities without organizing their residence in a military hostel, the fundamental principle of cadet education. Thus, the essence is emasculated - to educate citizens and patriots in an educational institution on the principles of developing personal responsibility, unity of command and collectivism, and otherwise everything comes down only to external manifestations of “militarism” in the form of wearing a special form.

The difference exists in the approaches to the formation of a block of military and special disciplines. In "civilian" cadet educational institutions, they are considered additional (read - secondary), which says a lot. You can not serve in the army in absentia, as well as to become a patriot of Russia, without feeling real love for the motherland. It is impossible to call yourself a citizen if you do not have a firm position, which is formed by proper upbringing with a predominance of the spiritual and moral element. Without this, patriotism turns out to be toy, everything in it is for fun.

Militarized cadet education involves the continuity of the learning process through the patronage of recruits of graduates of the older generation. Even after parting with the alma mater, they retain not only horizontal ties with classmates, but also vertical ties with course officers, teachers, and veterans of the service. A sense of ubiquitous support, a feeling of elbow, the ability to “check watches” with the ideals of aloopogonnyh youth - Generalissimo Suvorov, Admiral Nakhimov - a necessary element in the development of the personality of a citizen, graduate of a cadet school.

In any case, in the process of education should be the core, which is always, especially in Russia, is ennobling all and all spirituality. She is the best guarantor of the slide of a sinful person by nature into vices and passion, from which all troubles actually flow.