Through thorns in the sea: "Yaroslav the Wise" could not get to the Mediterranean 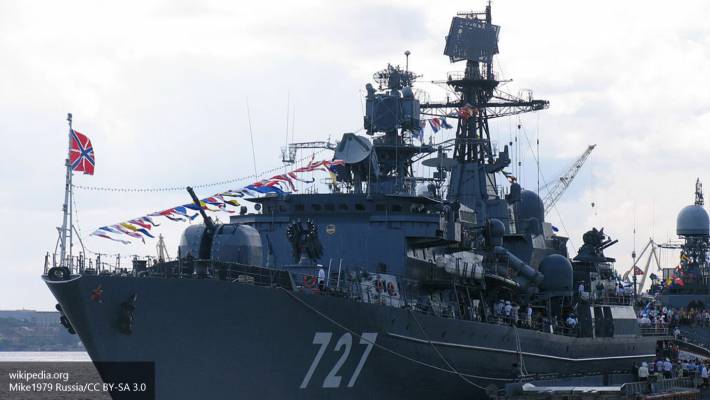 On June 17, in the international waters of the eastern Mediterranean, the Russian patrol ship Yaroslav the Wise carried out visual observation of the American aircraft carrier strike force. This is quite routine, by the standards of the Soviet naval fleet, the event for the Russian Navy was not an ordinary event. And not only because of the unexpectedly sharp reaction of the American side, expressed in the intentionally dangerous rapprochement of the USS Gravely destroyer with the Russian TFR. It was also a matter of the very appearance of “Yaroslav the Wise” this summer in the Mediterranean Sea. Almost until the moment the TFR went on a long voyage, serious doubts remained about the Wise’s technical readiness to go to combat service.

The tense international situation increasingly insistently dictates the need to increase the presence of Russian warships away from their bases. To demonstrate the flag, the projection of force, the defense of the sovereignty of the country, we need the Navy. Moreover, it is active, and not defended in places of permanent basing. For the Navy to be truly operational, ships need not only to be built for it on time, but also to be repaired on time. There were serious problems with the latter and in Soviet times. After the collapse of the Soviet Union, these problems increased significantly.

The Russian Navy is now forced to exert maximum efforts to act in two directions at once. Firstly, to ensure the fulfillment of the goals and tasks assigned to him by the Supreme Commander. Secondly, to fight for the preservation in the "line" of the maximum possible number of combat units. The latter often requires extraordinary effort. As an example, history repair of the same TCR "Yaroslav the Wise", which last week became the main character of the incident with the American destroyer voiced by the Russian Ministry of Defense. 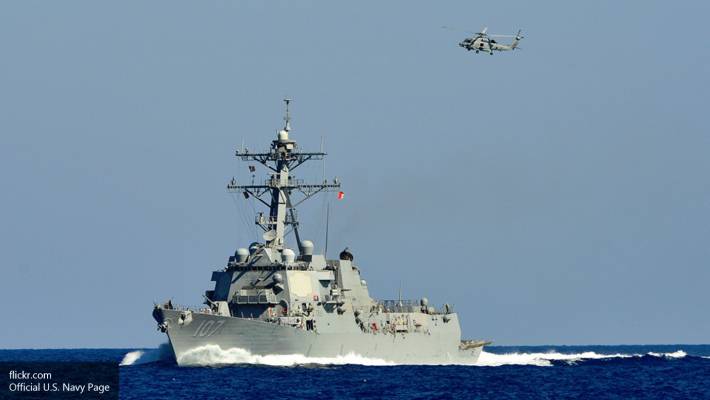 In December 1991, together with the disappearance of the USSR on the territory of the Russian Federation, the production of ship gas turbine units (GTU) also disappeared. The Mashproekt design bureau engaged in the design and production of such GTUs and the Zorya Production Association remained in Ukraine. 2 November 2001 of the year "Zorya" and "Mashproekt" merged into the state-owned enterprise NPKG "Zorya-Mashproyekt" with headquarters in Nikolaev.

Meanwhile, a significant part of the warships of the Russian Navy was equipped with gas turbine units. The dependence on Ukrainian counterparties that arose in 1991 in the issue of the production and repair of gas turbines by the end of 2000s became critical for the Russian fleet. The question of the need to create your own company of the appropriate profile was repeatedly raised and discussed at various levels in the Russian Federation. And just as often, these initiatives did not lead to any constructive solution to the problem with the production / repair of shipboard gas turbines.

Problems with GTU seriously attracted the attention of the Ministry of Defense only in October 2013. The reason was the failure after an almost seven-month combat campaign of the afterburner GTU on one of the newest ships of the Baltic Fleet at that time - the Fearless patrol ship (project 11540). The emergency GTU was dismantled from the ship and prepared to be sent for repairs to Ukrainian Nikolaev. True, with an important caveat. This time, Zorya-Mashproekt was obliged by a contract not only to repair the GTU “Fearless”, but also to train specialists from the Russian Federation in similar operations. On the Russian side, the Novik industrial group was among the enterprises that participated in the work to restore the technical readiness of the patrol. It was Novik specialists who were supposed to undergo training and internship at the Zorya-Mashproekt Ukrainian enterprise.

Novik Industrial Group appeared in 2008 year. Almost immediately, Novik became a diversified enterprise capable of offering a wide range of services, including maintenance, repair and restoration of technical readiness not only of steam turbine power plants, but also of main and auxiliary boiler plants. On a par with this, Novik engaged in the maintenance of the mine-torpedo armament complexes at the naval ships and submarines.

With such a wide range of works, Noviku needed competence in the field of applied science. Creating your own design office is not an easy task. During Soviet times, such groups were formed for decades at the profile enterprises. But the case came to the aid of Novika. The management of the Kirov-Energomash plant, within the framework of the restructuring and optimization campaign of the former state-owned enterprise, decided to get rid of its own design office of turbine engineering. As a result, the staff of the Kirov design bureau, which was left without work, almost in full force, in the summer of 2011, moved to Novik, where it formed the design bureau of the same name (PKB). 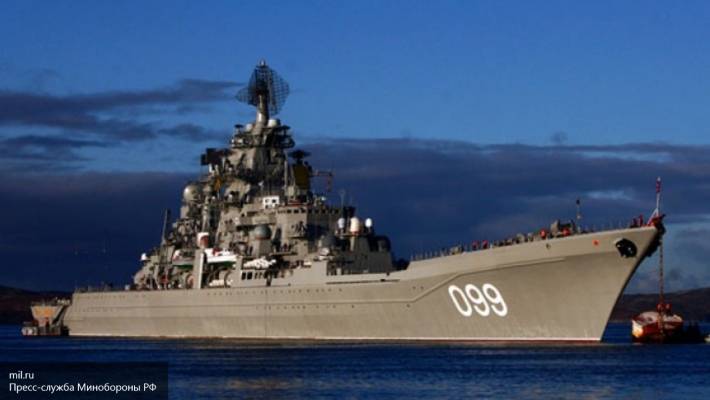 As subsequent events showed, the creation of this personnel reserve turned out to be critically important. The plans for the repair of an emergency GTD TFR in Nikolaev and the training of Novik specialists in the same place, coordinated with the Ukrainian counterparts, were prevented by the coup d'état in Kiev and subsequent events in the Crimea and Donbas. The military-technical cooperation of the Russian Federation and Ukraine ceased. In extraordinary circumstances, the Russian side had to organize the repair of shipboard gas turbines exclusively on its own. Contrary to the pessimism that existed in certain circles with regard to such works, a positive result was achieved.

PKB "Novik" together with Samara OJSC "Kuznetsov" at the factory, engaged not in ship, but aviation turbines, deployed repairs delivered to Samara GTU "Undaunted." Neither Novik nor Kuznetsov had technical documentation for this - they had to be created right in the course of repair and commissioning. It was not possible to reanimate the Undaunted turbine on time. In February 2015, the same afterburner turbine crashed on another TFR of project 11540, Yaroslav the Wise. The Navy command promptly decided on the priority repair of the gas turbine of this particular ship. In Samara, they stopped work on the afterburner turbine of the Undaunted, waited for the delivery of GTU Yaroslav the Wise and took up it. All work on the GTU "Wise" was completed clearly at the time indicated by the customer.

It was not easy for Novik. For example, to save time, post-repair tests of GTU designers and technical specialists of Novik conducted right aboard the TFR, which, in turn, allowed Yaroslav the Wise to enter combat service already on the first day of the summer of 2016. So, at the right time, the Russian guard was at the right place next to the US nuclear aircraft carrier USS Harry S. Truman. That, as we know, caused extreme irritation at the command of the US Navy.

During the repair of GTU "Wise" employees of "Novik" made an unexpected discovery. It turned out that the rapid failure of the GTN M90 of two TFR of the 11540 project has the same reason. This is a dubious modernization of the M90 pair, carried out at the beginning of the “zero”, thus the Nikolaev “Zorya-Mashproekt”. A word to Leonid Belov, Novik Design Bureau Chief Designer: “A damper bush was placed on the front support of the rotor of the high-pressure compressor. Installed it completely wrong. As a result, after all the 1200 hours of operating time, these bushes on both GTUs collapsed. Of course, this is a mistake. I do not rule out evil intent ... ".

The work of domestic ship repair enterprises does not always end with such a quick and spectacular success, as was the case with the GTU “Yaroslav the Wise”. Often, system errors, which are still not outlived in the sphere of industrial cooperation, are capable of permanently freezing the repair of the most valuable combat units. Such, for example, as heavy nuclear missile cruisers of the 1144 project (code “Orlan). 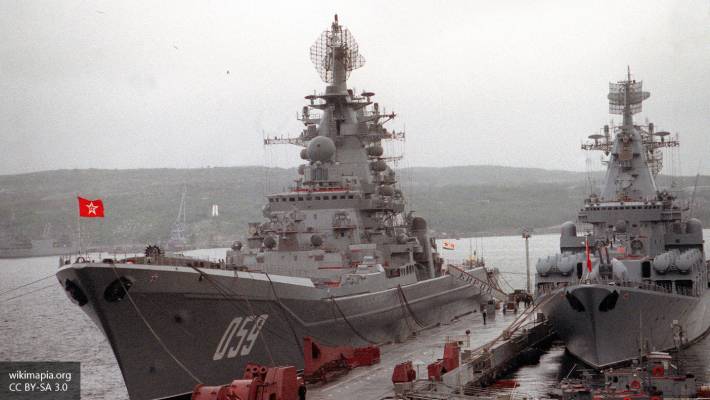 From 1977 to 1996, four such “Orlans” were built at the Baltic plant at the 1144 project. These strike ships were armed with almost all types of combat and technical means created for combat surface ships. At the moment, out of all four 26.000-ton warships, only one remains in the ranks - “Peter the Great”. The firstborn of the project 1144 TARK "Kirov" could not be restored. It was decided to recycle. The other two Orlans, which had been listed as sludge since 1999, were in much better technical condition than the Kirov. This left the hope that after the repair and the necessary modernization of the past years of modernization, "Admiral Lazarev" and "Admiral Nakhimov" will be returned to the "line". Lazarev stood in line for docking, and at Nakhimov extensive repair and modernization works began on 2013. Dozens of enterprises of the Russian shipbuilding industry were involved in their conduct. "Novik" also did not stand aside, taking on the completion of the main turbo-gear unit and other ship systems TARK.

Already in June, Novik Design Bureau was supposed to finish all the work assigned to him on Nakhimov, but new obstacles arose. The reason was the absence of the original design documentation. Even before 2016, the USSR Ministry of Defense designated design engineers and ship equipment suppliers as holders of original documentation. Thus, the necessary archive of documents turned out to be within the walls of a former state, and now a private enterprise, which managed to declare the archive its intellectual property. On this basis, the new owners of the archive refused to the production cooperation members access to the necessary design documentation.

The hardship for the archive began in the year 2014 and by the beginning of the year 2016 did not end, bringing the situation to a standstill. The prospect of disrupting the state defense order began to emerge. And once again a lucky chance came to the aid of ship repairmen. It was found that from Soviet times microfilmed duplicates of design documentation should have remained on the shelves of departmental research institutes. Novik made a request. The response received stated that the much-needed materials in the scientific research institute were indeed available. Immediately followed by an appeal to the Ministry of Industry and Trade with a request to sanction the removal of copies from microfilms necessary for PCB. The case finally got off the ground ... 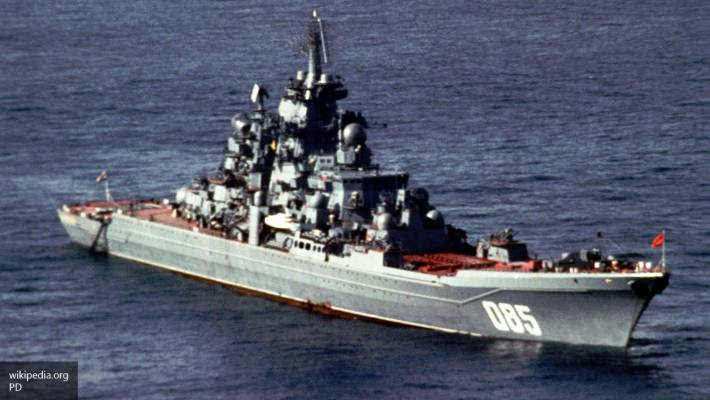 In a situation where the main obstacle to maintaining and increasing the combat capability of the Russian Navy is not weak funding or insufficient production capacity of Russian ship repair enterprises, but the lack of coordinated coordination between all participants in the process clearly requires state arbitration. In general, as the example of “Nakhimov” shows, the problems of public-private partnership require a much deeper study than was previously thought.

Of course, the work of the domestic ship repair industry is by no means exhausted by the described episodes. Especially since the general trends in the development of this sector of the domestic industry amid the collapse of the nineties — the beginnings of zero are now quite positive: people in ship repair enterprises are working, the personnel of the Navy are putting their ships into combat service. One would like to hope that every year the problems of the “creative tandem” of the fleet and enterprises working in its interests will be less and less, and the Russian naval flag will appear in the seas more often.