Where are the credit guarantees provided by Kiev?

July 6 2016
45
More than a month has passed since that “epoch-making” for Ukraine moment when the Minister of Finance of the “Independent” Oleksandr Danilyuk and the American Ambassador Jeffrey Pyatt signed a document announcing the allocation of loan guarantees from the United States totaling $ 1 billion. On the basis of such guarantees from Washington, Ukraine theoretically gets the opportunity to borrow funds from foreign markets at a relatively low interest rate. Here it is reasonable to ask the question: is the percentage low relative to what? So, the percentage is below the level that shines for Ukraine on the basis of garbage-default credit ratings designated by international rating agencies (for example, Fitch or S&P).

In other words, the United States attempted to once again (the third in a row) to allow Ukraine to borrow money from 1 billion from any credit organizations. And this American step by the representatives of financial and governmental offices “Square” for Ukrainian citizens is literally displayed as manna from heaven. The main argument in favor of the “endless American kindness towards the Ukrainian people” is as follows: without US guarantees, no one would give us credits, because our economy is in default.

If we analyze this sentence with the Ukrainian arguments by facts, then at the same time lies and truth. The fact is that after the default of the Ukrainian economy declared in a whisper, Kiev no one really gives money without the provision of financial guarantees from outside. And if guarantees were given, then this, read, peremoga ... Another thing is that more than a month has passed since the signing of the document on the provision of financial guarantees by the Americans, and it is outwardly and now there. The Ukrainian cart about three wheels is a financial system that is not eager to lend the mentioned “foreign markets” even under the condition that the guarantees are provided by Washington. After all, guarantees, in fact, are given on a reduced percentage of loan servicing. And the credit itself, plus these very “low interest” Ukrainians, in any case, must be repaid from their own wallets.

And in the “external markets”, they clearly take into account the fact that with the fullness of these wallets in Ukraine, there is a complete seam with a simultaneous increase in debts per capita to foreign creditors. As a result, after a month and a half of 1 billion US credit guarantees, Kiev was not converted into real funds, albeit in the form of loans. Kiev seems to be feverishly looking for that economic entity who would present another loan to the Ukrainian cabinet of ministers with a blue (or yellow-blue) border. Until now, the Washington paper on guarantees for a “milliard” has not been transformed into so-called Eurobonds, as it was originally intended.

Of course! .. After all, the valiant Ukrainian government, on the basis of the relevant decision of the Verkhovna Rada, has a piece of paper in the drawer of the table, on the basis of which Kiev “gets the opportunity” to indefinitely freeze payments on Eurobonds in relation to one of the creditors. And let Kiev call him “aggressor” and “occupant” at all corners of this creditor, this fact clearly does not add to the other creditors the desire to convert American guarantees into Eurobonds. It's about Kiev's grimaces and yuneny with the goal of not paying Russia on the 3 billion-dollar loan, which is called either the “Yanukovych loan” or the “counter-revolution plan”.

Against this background, Volodymyr Groysman, who replaced Yatsenyuk as Prime Minister of Ukraine, in an interview with Bloomberg made an amazing statement. According to him, by the end of this year, Kiev expects as much as 12 billion dollars in aid, of which 4 billion is funds from the International Monetary Fund. The International Monetary Fund itself, which in exchange for providing loans to Ukraine, demanded an increase in the cost of housing and communal services to the European level, a reduction in the number of budget places, an increase in the retirement age and a reorientation of the energy market to “European standards”. Groysman, whose office has already reported about a nearly twofold increase in tariffs for water supply and heating, increasing the cost of gas for both ordinary Ukrainians and industrial enterprises, about the readiness of new coal purchases in South Africa, Australia and Poland, and even about wanting to cut down Ukrainian forests for the sake of "replacement Coal for firewood at Ukrainian thermal power plants apparently decided that the conditions of the IMF were practically fulfilled. And if “practically fulfilled,” then you can beg for money again. Serve, you understand, the IMF, 4 "lard", because "we fulfill the requirements." And the IMF in the person of managing director Christine Lagarde must be tormented by vague doubts as to what other task to throw to the Ukrainian Cabinet, so that it would be unresolved and would allow the IMF to delay the issuance of the once-promised tranche in time.

As one of the complex tasks for Ukraine from the IMF - the requirement to submit a complete package of documents announcing the steps of the pension reform. Rumor has it that even the IMF representatives themselves will take part in the reform project, which once again proves the fact that the Kiev “sovereigns” are not independent. In general, what they say, they will do these same rulers. While the agenda is raising the retirement age either by 5 years for both sexes, or bringing to 62 years with the unification of the retirement age bar with “gender” unification.

However, one should not think that Ukraine has not received any financial assistance lately. Perhaps the "Payette piece of paper" still works. Last weekend, the President of Ukraine Poroshenko reported, not without pride, that help came from the United States. "Help" in the amount of 335 million dollars.

And where did Ukraine spend these funds? Perhaps, on the expansion of the line of subsidizing the population at unbearable tariffs? Or to increase financial guarantees for Ukrainians employed in the public sector? No-eee ... These funds, Mr. Poroshenko spent on the purchase of American military equipment. 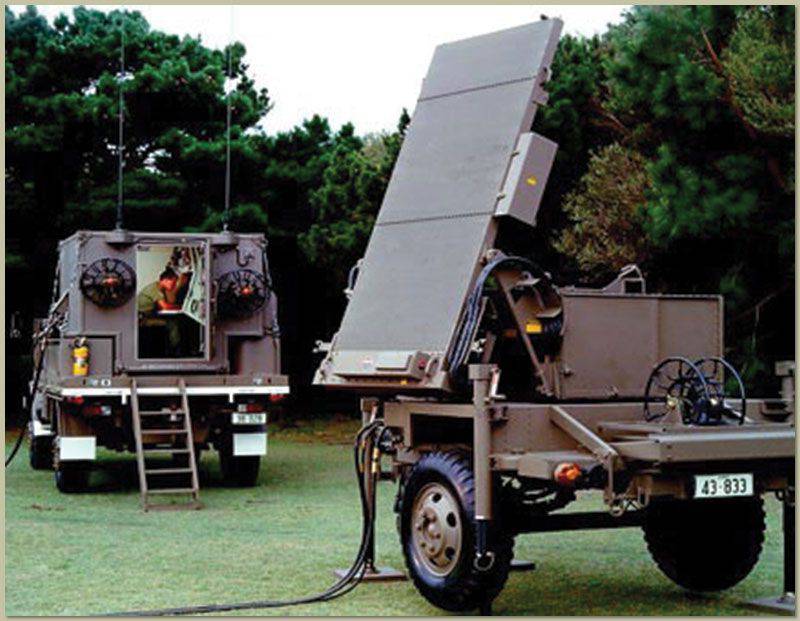 According to the President of Ukraine, a batch of counter battery stations AN / TPQ-335 and AN / TPQ-36 (total of 49 units) was purchased from the USA for 14 million. Theoretically, these stations should soon "emerge" in the territory of Donbass. But where they actually “emerge” is a big question, the answer to which is known to those to whom these counter-battery means fell into the hands of the USA ...

Attention is drawn to the fact that Poroshenko announced the consideration by the States of the issue of providing Kiev with one more package of financial "assistance." This time we are talking about 0,5 billion dollars, for which Ukraine will again buy American weapons.

Summing up the previous “aid” package with the one under consideration, we get the amount already in 0,835 billion. Not too much remains to 1 billion. And if you take into account guaranteed ukrootkaty, then there is nothing left. Does this not mean that the US credit guarantees in the amount of the aforementioned billion dollars to Ukraine were not at all provided for social programs, but for further militarization. Who benefits from this? At least, those American arms manufacturers, who supply these weapons to Kiev. So, the American economy. And even if Ukraine is not ready to pay off US loans with live money, Washington will find what to take from the Ukrainians ... Yes, even in kind ... Including the most tasty Ukrainian assets - from ports to the energy sector.

Well, the next Peremoga, of which you can’t count ...