Europe ceases to obey the US 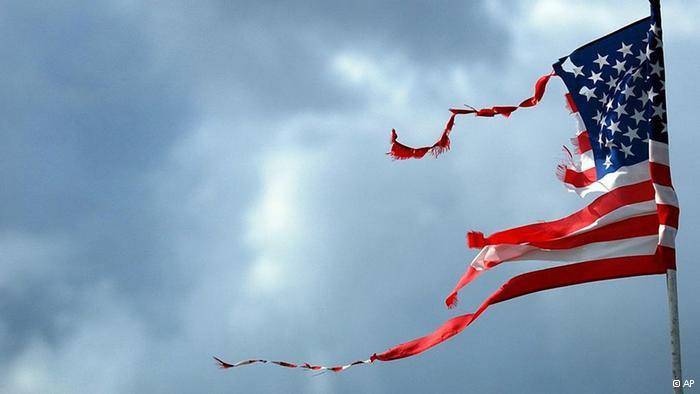 We need Berlin. The response to this phrase is a great marker, so I will repeat it again and again. The Kremlin’s tactics for Europe are simple and understandable to anyone who has mastered history XX century. Now we are witnessing a third attempt to use continental Europe as a ram against Russia, and Washington expects to once again carry out a simple trick, the essence of which is that the Russians should die, and the maximum number of bonuses from the (allegedly) internal European conflict should be received by the Americans, who and this time they will sit out across the ocean, and then they will make films about how they all won.

Those who are satisfied with this scheme, you can safely write or idiots or in the lists of mercenaries of the State Department. Fortunately, in the Kremlin, it does not suit anyone. The consistent policy pursued by the leadership of Russia, despite the displeasure of the “schizopriots,” brings its visible results, which a significant part of the audience simply chooses not to notice, as they do not fit into its picture of the world or refer to things that are esoteric for it.

The results of work with an independent part of the European elite, which does not like the prospect of fixing the colonial status of Europe and using it as a battering ram against Russia by the Americans, are primarily manifested in the most important - economic - plane. It is worth recalling that the main geopolitical conflict of today is not Syria and, especially, not Ukraine, but the conflict around the Transatlantic Partnership Treaty (TTIP), which the US is imposing on the European Union. This partnership includes literally thousands of elements describing the economic, technical and even judicial interaction between the United States and the European Union, and it appears to the audience as some enhanced version of the free trade zone, but in fact the key element of the proposed treaty is the complete elimination of European sovereignty. Under the pretext of protecting the interests of American corporate investors, it is proposed to transfer to private arbitration courts the right to block laws passed by European parliaments if they threaten the interests of American companies and their interests are always interpreted very broadly. In fact, after signing the TTIP in its current form, the EU will turn into a US colony with rights less than Costa Rica. It is obvious that the Americans use all methods of influence in order to achieve the signing of this treaty as quickly as possible.

And here the lovers of the theory that Europe is a weak-willed colony of the United States, there was a gap in the mental pattern, because the European Union represented by Germany and France for two years successfully avoided signing this agreement, and all attempts to push it through the European Parliament in fact have ended in nothing , as well as direct negotiations between the US and the EU. For two years now, with enviable regularity, experts and “opinion leaders” believing in the omnipotence of the US in social networks have reported that TTIP is inevitable, and since Obama demands to sign it, they will sign it and Europe will not go anywhere, but those hoping the independence of the influential part of the European elite amuse themselves with impossible dreams. However, TTIP is not only not signed, but breathing its last, especially since Washington has already publicly acknowledged the deadline - the contract must be signed before the end of Obama’s term, or his signing will be postponed for objective political reasons for an indefinite period.

The chances of Americans began to fall after the European Parliament adopted a set of requirements for TTIP, among which is exactly the liquidation of supranational courts and the subordination of American companies to European law and the judicial system, but now independent part of the European elite decided to deliver another blow to US ambitions. French Prime Minister Manuel Waltz said that the conclusion of an agreement on the Transatlantic Trade and Investment Partnership between the European Union and the United States is impossible if it does not take into account the interests of the EU.

From now on, no free trade agreement should be concluded if it does not respect the interests of the European Union. Europe must be firm. France will follow this. And I tell you frankly that there can be no agreement on transatlantic trade. This agreement goes in the wrong direction.
Manuel waltz
The American media sadly point out that the UK’s exit from the EU will further undermine the chances of signing the agreement, since it was London that was one of the main supporters of TTIP within the European Union itself.

It is significant that, against this background, Angela Merkel decided to return the idea of ​​a common economic space from Vladivostok to Lisbon in the infopole, and despite the skepticism of Russian commentators, this gesture should be taken as seriously as possible, at least as a step within the framework of well-known political technology, which to accustom society (and even part of the elite) to the most incredible scenarios of the future.

The decisions of the regional parliaments of Italy concerning the recognition of the Crimea (this is indicative that decisions were taken in regions where the assets and political influence of the old European aristocracy and Venetian-Lombard bankers are concentrated) fit into this same outline, said the foreign minister of Germany Steinmeier, who spoke out against NATO exercises in Baltic States and the visit of the President of the European Commission Jean-Claude Juncker at the SPIEF despite the protests of the US State Department.

The same context perfectly fits the joint work of the presidents of Russia and the PRC, who are trying to offer the Europeans (and not only them) an alternative image of the future that does not imply universal subordination to the United States. An attempt to “tear off” Europe from the United States, or rather, an attempt to help an independent part of the European economic elite to break away from the United States, is a joint Russian-Chinese project that Moscow and Beijing equally need. Do not forget that the main geopolitical project of China - “The Silk Road Economic Belt” - is absolutely meaningless if Europe does not participate in it, and the United States sets the rules of the game on the European continent. It is easy to understand why Russia is needed in this scheme. The Kremlin, on the one hand, can act as a guarantor of European security, and on the other hand, as the manager of a "logistics bridge" between Europe and China, which cannot be blocked by any carrier group. Judging by recent events, the chances for a successful separation of Europe from the USA are increasing, and if everything goes well, the next era of the American "hegemon" will have to be held in forced isolation on the largest continent. For the sake of the implementation of such a scenario, it is worth trying.