Life after Brexit: we need the axis Paris-Berlin-Moscow (Mediapart, France) 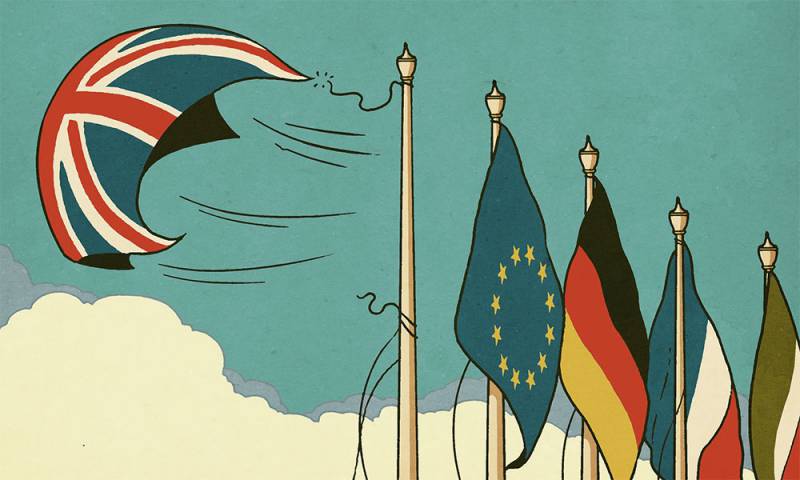 Now a whole sea of ​​comments and proposals is raging around, both in Europe and the USA, which is directly related to the trick of their closest British allies.

From the moment of this event, only a few days have passed, which is extremely small for an objective commentator to form an idea of ​​further consequences and, especially, an opinion about what France needs. Therefore, one has to make serious simplifications, and the course of events can quickly refute all theories.

Be that as it may, there are now three perspectives for the future.

And they all vary greatly.

First: nothing will happen. All the financial and political forces of the Anglo-Saxons, who were taken aback by the unexpected results of the vote, will react in the same way. They will do everything to slow down the exit process and undermine it. And in the role of the UK in the EU, nothing will change radically.

The second: (reinforces the first and looks more plausible): Washington and Wall Street, which from 1950-s decided to put the EU at the service of their geostrategic and economic interests (in particular, because they are against Moscow), will use all of their existing (and very serious) means that nothing has changed. They will introduce their people into European governments and decision-making centers so that they remain under their control even after Brexit.

Third: (if not the most likely, then the most desired): Brexit will accelerate the collapse of US rule. Controlled by American interests of the EU will collapse under the pressure of the desire of peoples for independence. An increasing number of small and even large countries will decide to follow the lead of the UK, to leave the EU to make decisions on their own policies and alliances. It marks the end of NATO-controlled Americans. In the United States themselves, the isolationist and anti-capitalist electorate will declare itself.

In such circumstances, we can outline three decisions that can be negotiated by governments, but should receive the approval and support of the majority of the electorate.

First: participation in the cardinal reorganization of the European Union. It will be a question of a real European federation with six or seven key countries. The Federation, as is implied, implies the approval of Parliament, the President and the Government, general laws and regulations, foreign, defense and economic policies. Member States will retain their own political institutions, but they will not be able to contradict the federal ones.

In France, it will be objected that in such a federation Germany will dominate. But this means an underestimation of the resources of our country. Coupled with the capabilities of the Latin countries, they will be able to fill the essential gaps of Germany, because here we are talking not only about the economy, but about all the other attributes of power.

The second: exit from the EU and the eurozone following the example of Great Britain. If she can, then France can do it with her significant (albeit other) resources. The task of survival in solitude, of course, involves unused forces of the country and the population.

Third: participation in the axis Paris-Berlin-Moscow. It is likely that the German and Russian governments will agree on the conclusion of a new Treaty of Rapall. It was signed by Weimar Germany and the USSR 16 on April 1922 of the year, but never received a continuation. Be that as it may, many influential forces in Germany and Russia are now considering such a perspective. They could combine their capabilities to develop the northern and polar territories, in particular, because of the prospect of climate warming. In addition, they could equally negotiate with China and develop cooperation in the BRICS.

An exception to such an alliance would, of course, be a disaster for France. She would have become a very small power, despite all the possibilities. At the same time, within the framework of the Paris-Berlin-Moscow axis, it could develop and use all of its potential resources. Given the possible decline of the United States, a second (after China?) Or even the first world power could have been formed. A number of French politicians are beginning to understand this, but they run up against the anti-Sovietism inherited from the Cold War, which is strongly supported by Washington. That supporters of this decision, at last, heard, it will be required to put a lot of forces.

Ctrl Enter
Noticed oshЫbku Highlight text and press. Ctrl + Enter
We are
Results of the week. “You are already indebted to the sea: neither the bottom nor the coast”Results of the week. “Everything is strange and strange! Everything is wonderful and wonderful! ... "
Military Reviewin Yandex News
Military Reviewin Google News
78 comments
Information
Dear reader, to leave comments on the publication, you must sign in.