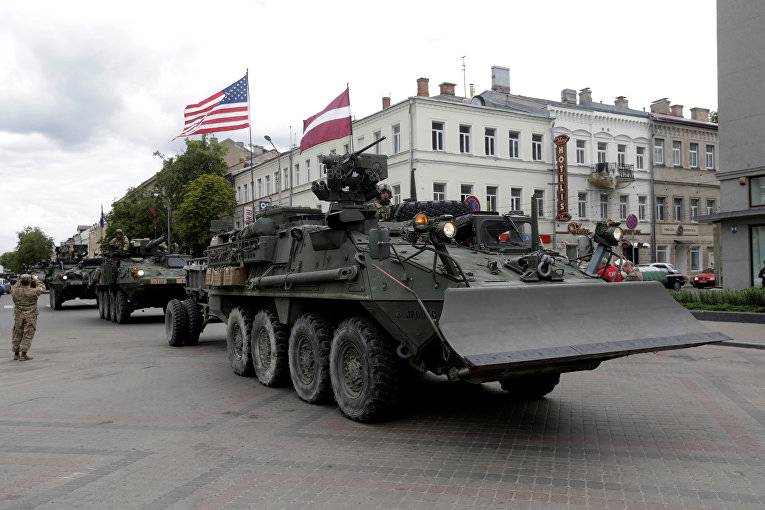 NATO is increasingly approaching Russia, not because she loves her so much or wants to be constantly close to her. NATO soldiers stand on Russia's borders for the same reasons as Hitler once did. These are the words of the editor-in-chief of the IN4S information portal and the leader of the “No to War, No NATO” movement Gojko Raichevich from Montenegro, who can become the 29 member of the alliance.

Parlamentní listy: What do you think about NATO?

- Gojko Raichevich: I do not change opinions about NATO, whether I am in Podgorica or in Brussels. NATO is a terrorist organization created from different nations and different people. NATO is definitely not the choice of Montenegrins and is not welcomed by them. In 1999, the North Atlantic Treaty Organization bombarded the Federal Republic of Yugoslavia, of which Montenegro was an integral part. Then NATO showed its true face.

I could see with my own eyes the huge number of crimes committed by the North Atlantic Alliance and veiled by propaganda about the protection of the Albanian minority in Kosovo and Metohija, allegedly pursued by the Serb majority. Today these southern Serbian provinces are occupied. The consequences of those bombings are terrible. Serbian and Albanian children are still dying due to the high concentration of uranium dust from NATO bombs. Unfortunately, the crimes of this military alliance are not counted, and 1999 year they are not limited.

Today, we are also witnesses of the murder of Syrian, Afghan, Palestinian, Iraqi, Libyan, Ukrainian and Russian children. They die in wars that have prepared, provoked and supported NATO. With European and American military bases using drones, they quickly kill people in other parts of the world. For catching and shooting "enemy" children, you just need to turn the joystick.

- Why did NATO not cease to exist after the Warsaw Pact collapsed?

- Probably, NATO strategists had other appetites besides defense from the USSR and the Warsaw Pact. Madeleine Albright described them absolutely clearly, stating that "Russia in Siberia controls too much natural wealth." By the way, this is the best explanation for the current policy of NATO.

- How often for your opinion you are under attack in Montenegro?

“Since we are openly taking the anti-NATO position and are fighting for democratic changes in Montenegro, we — the leadership of the IN4S portal and the peaceful movement“ No to war, no to NATO ”—we are attacked not only by the authorities and the ruling political elite, but also associated criminal structures.

I also want to emphasize that in its online presentation in the category of reports on media freedom, the Council of Europe reports that I am personally in danger. According to their estimates, this threat reaches the highest possible level. They suggest that there is a high probability of a blow to my safety and moral reputation of a journalist.

- Will your movement protest the summit directly in Warsaw?

“Unfortunately, despite the fact that we do not want to be part of the decisions taken at the summit, we will not take part in the protests in the capital of Poland.” Similar stocks outside of our financial capabilities.

- The summit will discuss the build-up of military contingents in the Baltic states near the borders with Russia. Is it correct?

- The intentions of NATO are obvious. NATO is increasingly approaching Russia, not because it loves it so much or wants to be constantly close to it. NATO soldiers stand on Russia's borders for the same reasons as Hitler once did. Those who understand modern geopolitical processes, and those who have not skipped important lessons in school storiesOf course, it is clear that these neo-Nazis will suffer the same fate that befell those who once began the campaign against Soviet Russia.

- Is Russia really such a big obstacle to the accession of peace on Earth?

- So says NATO. The Alliance needs a reason to justify its own aggressive plans against Russia. I do not think that Russia is the main obstacle to world peace. On the contrary, she is his important guarantor.

- The UK has chosen Brexit, that is, exit from the EU. Will it cause changes or disintegration of organizations such as the European Union and NATO?

- It looks like it will be as you say. The dismantling process has begun, and we will gradually join it. Altruistic ideas of the founders of the European Union have become completely opposite. The need to create NATO in 1949 no longer has anything to do with a modern aggressive military organization that calls itself a defender of democracy. Universal justice will take care of NATO’s disintegration, and the EU has to start everything from the very beginning.

Ctrl Enter
Noticed oshЫbku Highlight text and press. Ctrl + Enter
We are
Montenegro took to the streets. The population against the country's entry into NATOMontenegro: the past and the modern crisis of self-determination
Military Reviewin Yandex News
Military Reviewin Google News
48 comments
Ad