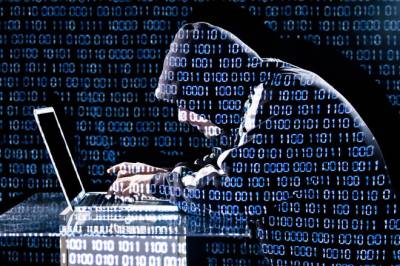 Empty Crimean beaches, eating hedgehogs and the Internet on coupons. Where do the most ridiculous memes and the deepest analytics come from? Where is the largest trolls lair in Europe? Who pays for this holiday idiocy? By luck, we have a chance to find out the answers to these questions.

Publication of sensational documents of the Ukrainian Ministry of Defense on the website “Anonymous” opened the veil of secrecy and gave the ground for serious reflection.

No pants, but wearing a hat

In all the armies of the world, without exception, informational confrontation is a secondary task. Simply put, the existence of propaganda units is possible only if the army is well dressed, well fed, properly armed and technically equipped at the proper level.

Only Poroshenko’s regime is capable of creating a situation where half-drunk “avatars” feed on pasture and rob nearby stalls, while the lion’s share of the defense budget is spent on информа information support ’. There are no analogues to this lawlessness in any country of the world. Even in the poorest countries in Africa, with which it is customary today to compare post-Maid Ukraine, local kings understand: the power that holds on bayonets should feed these bayonets. Otherwise, the trouble.

Of course, one would assume that networked-in pieces of paper are needed by Ukrainian military officials in order to conceal numerous facts of corruption and abuse. However, the scale of the propaganda tsunami clearly hints at the inconsistency of this version.

According to the documents of the Ukrainian Defense Ministry, the priority areas for advocacy work are practically all of Europe. Ukraine, Russia, Belarus, Poland, Romania, Hungary, Germany, the Netherlands - this is the habitat of Svidomo trolls. 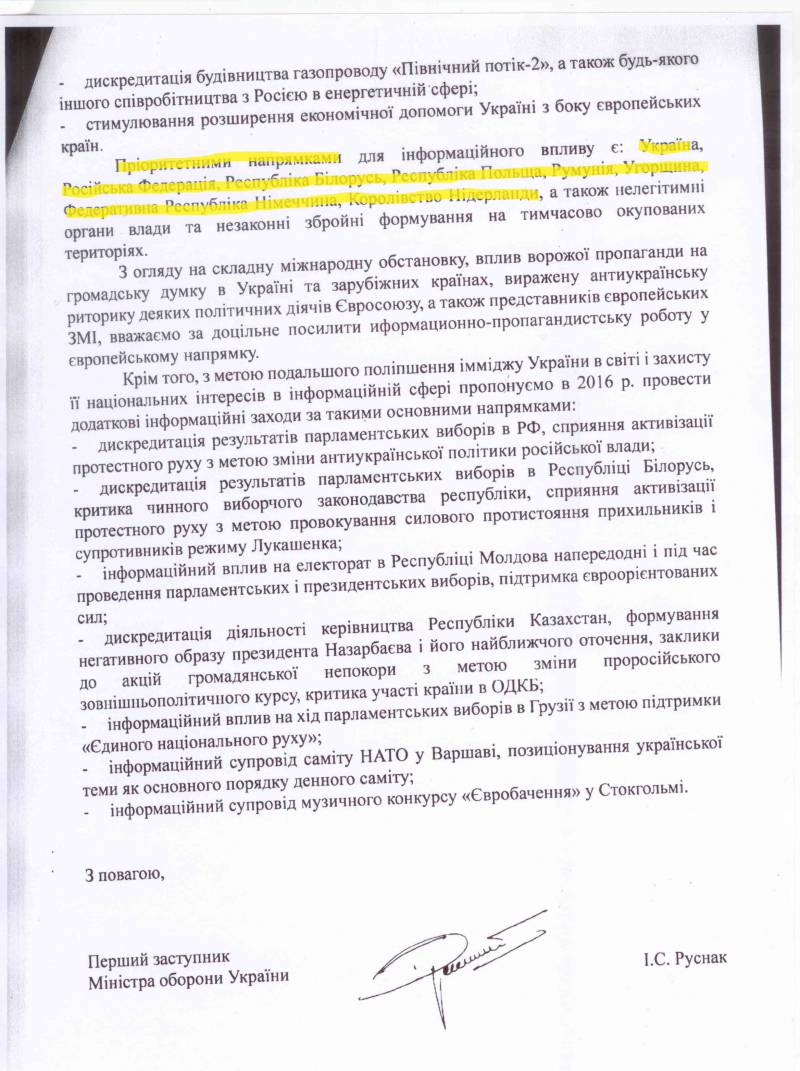 Thus, you should not exaggerate the scale of the cut. One must have the courage to admit the obvious: Ukrainian propaganda exists, there is a lot of it and it is well paid for it. And they pay exactly those against whom this propaganda is directed.

Shitting Europe for her own money

Without a doubt, the published documents are a great reason for the EU to never again issue loans to the “young Ukrainian democracy”.

To see this, just look at the topics on which Ukrainian propagandists work. Among them, Europeans may be surprised to find:

- strengthening pro-Ukrainian sentiment among the citizens of the Netherlands;
- discredit the activities of the Polish ruling party "Law and Justice";
- incitement of interethnic conflicts;
- stimulation of protest activity in the Republic of Moldova;
- the creation and promotion of a negative image of Romania;
- blackening of the political leadership of Hungary and much more;
- Compromise of the Minister of Foreign Affairs of Germany Frank-Walter Steinmeier. 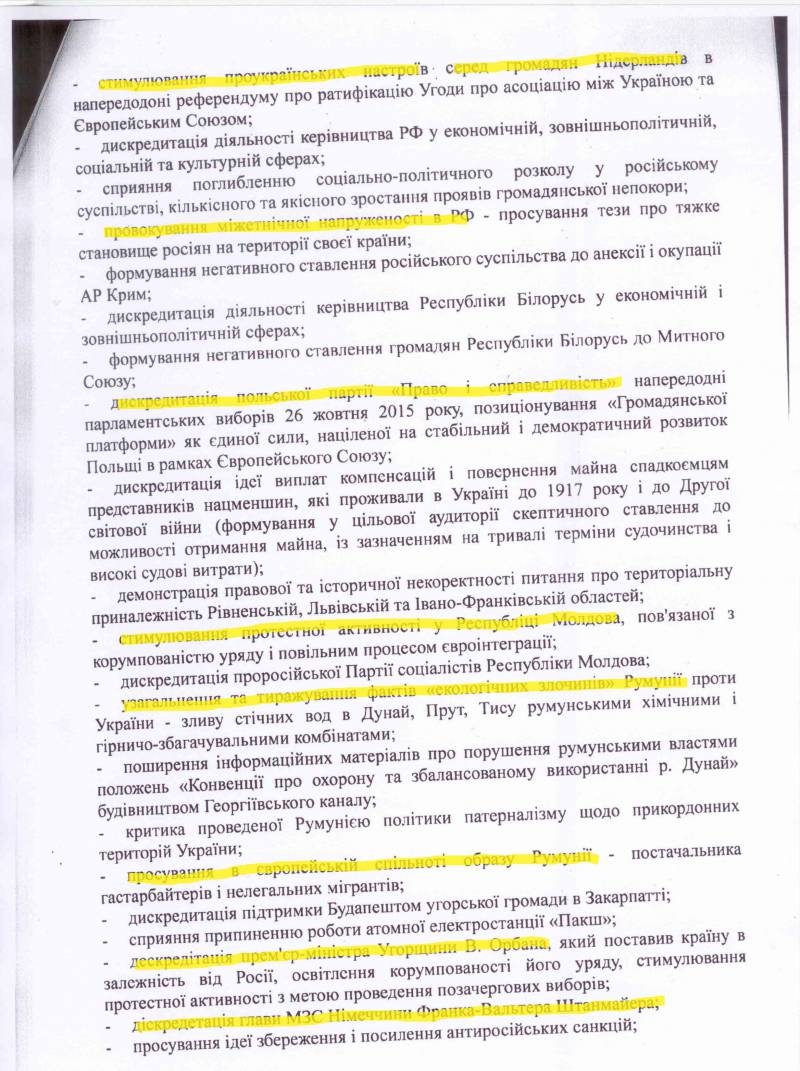 Looking at the scope of the “informational activity”, it is not difficult to understand where European financial aid actually goes and why none of the planned reforms have been implemented in the country so far.

Between the upper and the nether millstone

The absurdity of the situation lies in the fact that perhaps the most powerful propaganda machine in Eastern Europe operates in a country that is barely able to make ends meet.

The state of the Ukrainian economy is not just deplorable - it is terrifying and plunges into shock. The once prosperous Soviet republic today is at the level of the poorest countries in Africa. It is therefore absolutely not surprising that the "African" standard of living gives rise to "African" problems.

The impoverished population, the embittered army, the fattening oligarchs, the gangs of the Nazis, the uncontrolled migration of the population to the countries of Europe - these are the realities that Ukrainian propaganda hides from prying eyes.

In any case, the sad end of the experiment "Ukraine" is inevitable. Being between the hammer and the anvil, the Kiev regime will sooner or later be overthrown: the anti-people power will either be swept away by the hungry rebellion of the “non-slaves” or gently strangled by the European partners with their well-cared hands.