The British and the Poles "will hold back" Russia

July 6 2016
99
The defense committee of the British parliament calls on the government not only to participate in the policy of expanding anti-Russian sanctions, but also to reconsider the system of military "deterrence". Polish Defense Minister Pan Matserevich spoke in a similar vein, saying that NATO would change its attitude toward Russia and move on to a policy of "containment." 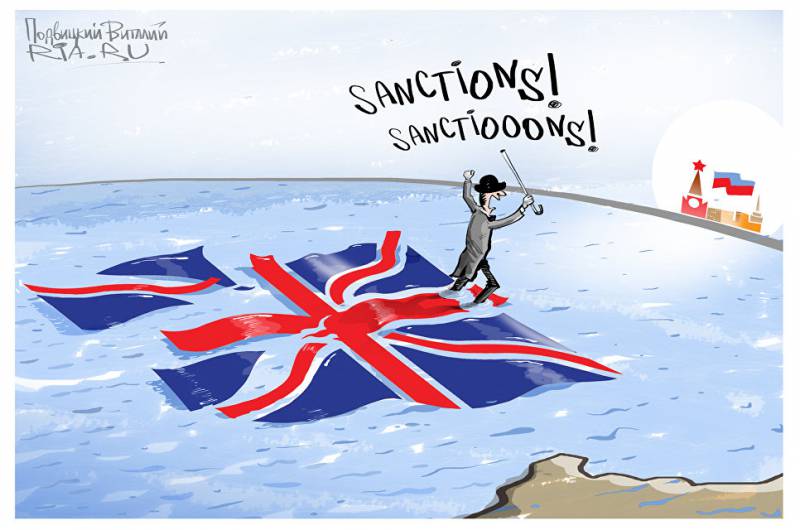 As transmits RIA News", the defense committee of the British parliament called on the government to contribute to the expansion of sanctions against the Russian Federation, as well as to review the system of defense deterrence in the direction of greater efficiency.

A committee report on Russia's influence on the security of the UK was prepared for a long time: several months. According to the agency, the parliamentarians called Michael Fallon (Minister of Defense) and representatives of the Ministry of Foreign Affairs at the session. In addition, in the spring of 2016, the delegation of this committee flew to Moscow, where it met with State Duma colleagues.

The main recommendation of the deputies, stated in the report, concerns the “defense” role of the North Atlantic alliance. According to the speakers, Russia's actions in relation to the Crimea and Ukraine "destroyed the idea of ​​a stable Europe after the Cold War." According to the British deputies, NATO must "restore its defense system, review the deterrence system and re-start a dialogue with the Russian authorities."

But what kind of dialogue, on what basis to conduct it? As emphasized in the document, participants in the upcoming NATO summit in Warsaw should build a dialogue with the Russians “from a position of strength”.

A few words in the document were said about the unexpectedness of Russia's actions for the alliance. In his commentary, committee chairman Julian Lewis noted that the Kremlin’s actions "were a surprise to NATO and Britain."

According to the British document, Moscow “is increasingly increasing activity,” and not only using conventional weapons, but also “using unlawful methods.” These “methods” may lead to the application of Article 5 of the NATO Charter (on collective defense). As indicated by RIA "News", The British committee accused the Russian Federation of" cyber attacks across Europe, the seizure of territories in Ukraine and Georgia. " According to parliamentarians, Moscow seeks to "restore global influence."

Hence the recommendations of the deputies: they advise the British government to give the Russians a harsh answer: "... recognize the scale of the Russian remilitarization and toughly answer it." The report also substantiates the need for a review of the effectiveness of “the existing deterrent policy against military actions involving nuclear, conventional and weapons, as well as attacks from the air, sea and land.”

It got to the point that the committee members called on their own government to discuss in parliament the issue of modernizing the nuclear potential of Great Britain. According to them, to replace the four obsolete nuclear submarines need to build 4 new submarines.

In addition, the committee called on London to contribute to “updating EU sanctions against Russia and to consider expanding them at the expense of a wider group of people among the country's leadership.”

The document also considers the possibility of some cooperation with the Russians. Understandably, very limited.

Parliamentarians allowed the possibility of cooperation between Britain and Russia in those areas where the interests of the two states coincide. For example, cooperation is “very possible” in the fight against terrorist groups like IG or Al-Qaida (which are prohibited in the Russian Federation).

The report's authors sang an old song: recalling that relations with Russia are now at the “lowest level of all time,” members of the committee asked their home government to increase the staff specializing in Russia; in particular, "the staff of military attaches in Moscow must be properly staffed by the end of the year." “Britain needs better-trained specialists to counter the challenges that Russia poses,” says Mr. Lewis.

Polish defense minister Pan Matserevich, who is famous for his special love for Moscow, spoke about the confrontation of Russia and deterrence. This time, he spoke for some reason on behalf of NATO. Probably because the Alliance Summit the other day will be held not just anywhere, but in Warsaw. According to him, NATO will change its attitude towards Russia and will move to a policy of "containment".

As the Polish Defense Minister said, NATO will change its attitude towards the Kremlin and will move from a policy of “not teasing Russia” to a policy of deterrence. “All NATO countries supported this view. It was just that what we warned materialized ... It turned out that when we talked about Russian imperialism after the collapse of the USSR, we were right, ”explained Matserevich.

He said that during his time as minister he was waiting for an increase in the number of the Polish army to 150 thousand people. 35 thousands of military of this number should be part of the territorial defense forces.

As the Russian agency reminds, Matserevich more than once became the center of attention due to anti-Russian statements. For example, he proposed the North Atlantic Alliance to “scare Russia away from reckless aggressive steps”, declaring Moscow “the greatest threat to the world.”

And one more news related to the upcoming NATO summit.

On the eve of the summit, Secretary General of the Alliance Jens Stoltenberg held a press conference.

“The summit in Warsaw will be held at a time that is decisive for our security in the face of threats and challenges from various sides. In this regard, at our last meeting in Wales, we developed a plan for the largest strengthening of NATO’s collective defense since the Cold War. In Warsaw, I will inform you that NATO has fulfilled the promise. We made the North Atlantic alliance faster and stronger, ”the Secretary General quotes. TASS.

At the NATO summit, “it intends to announce the release of its missile defense system to the initial level of readiness,” Mr. Stoltenberg said. “Our goal is to be able to announce the achievement of operational potential at a meeting in Warsaw, and we are working on it now,” the agency quoted Stoltenberg as saying.

A separate part of the speech of the Secretary General was devoted to Russia. The Alliance is working with the Kremlin to conduct a meeting of the Russia-NATO Council (NRC) after the summit in Warsaw. “We are still open to dialogue with Russia,” Stoltenberg explained. - The NRC can play an important role in terms of dialogue and information sharing. Therefore, NATO is working with the Russian Federation to hold the Council soon after the meeting in Warsaw. ”

In parallel with the NATO summit, we add, on Friday this week, the EU-US mini-summit will be held. This was announced by the representative of the European Commission Alexander Winterstein, transmits "Sight".

The event will take place all in the same Warsaw. The summit will be held by the head of the European Council and the European Commission, Donald Tusk and Jean-Claude Juncker, and the President of the United States, Barack Obama.

According to Winterstein, the mini-summit will be held on the sidelines of the NATO summit. The event will discuss "a whole range of prospects for EU-US cooperation in the field of security."

Recall the summit of NATO member states will be held in Warsaw on July 8-9. Earlier, the North Atlantic Alliance agreed to expand its "defense" activities in Europe, including the deployment of four battalions on the "eastern flank" of NATO. On the very one that Russia is allegedly threatening.