Russian activity in the Arctic as a nightmare for the West

July 5 2016
122
The frequency of meetings of the Ministry of Defense on the restoration of military infrastructure in the Arctic region (New Siberian Islands, the Novaya Zemlya archipelago and other territories, including the points of material support of the Northern Sea Route) directly affects the degree of comments from Western "friends of Russia".


The notorious US Senator John McCain is the one who is impressed by posing in front of camera lenses together with “bearded boys” who later strangely become at the helm of international terrorist groups, each report on the Arctic by the main defense department of the Russian Federation is very close to their heart. So close that almost any comment by this Mr. comes down to the American equivalent of “pros..lipolymery”. 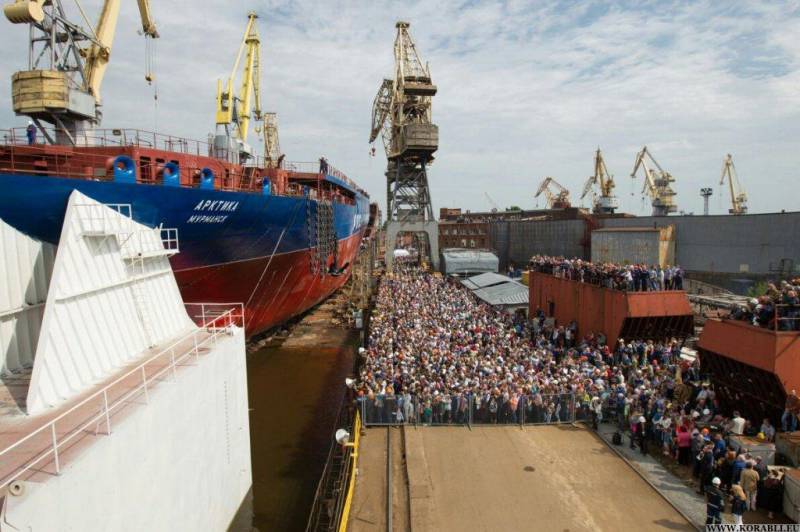 Last December in the British edition of The Times appeared material, which contains the quintessence of recent anti-Russian phobias. In the material that bears the telling title “Arctic Aggression”, the author tries to build a very original logical chain. According to the British "expert", the Arctic is the third direction for "Putin's aggression." Immediately the question arises: what other two ... directions? .. The author on the pages of The Times reports that the first direction is Ukraine, where, you see, Vladimir Putin “moved European borders” (this is a quote); the second direction is Syria. It turns out that Russia is “aggressively” there too. Borders, it seems, does not move; mows CABs, OFABs BetaB terrorist scum, however, according to the "times expert", this is also an act of aggression, because "moderate suffer". Well, the very modest of the American, Saudi and other armaments delivered through the territory of Turkey and other neighboring Syria use it not only against government forces (troops of the legitimate president and the SAR cabinet), but also against civilians of the long-suffering Syrian state.

So, the British "expert" in his material more than half a year ago outlined the "general line of the party", on the basis of which "Russia is aggressively behaving in the Arctic." And, as usual, the coverage of this “general line” continues today. Particularly zealous are foreign media, which over the years have received funding from financial and political centers, whose existence is based on attempts to contain Russia and all those who do not fit into the architecture of the aforementioned “general line”.

Over the past few months, literally hundreds of articles have appeared in Western editions of various scales that it is imperative to set a barrier in relation to Russia in the Arctic. This barrier is the deployment of the NATO contingent in the Arctic sectors of the “responsibility of the North Atlantic Alliance”. The initiative of NATO itself comes down to the need to conduct systematic exercises in the Arctic region. And taking into account the fact that for some time now it’s rather foolish to argue such ideas of “North Korean” or “Iranian” threats, the justifications are sometimes given entirely exotic. As an example, "environmental safety in the Arctic region." Apparently, it is necessary to understand that, in addition to NATO “white angels”, there is no one to undertake the ecology in the Arctic. Even Greenpeace is out of work ... Against the background of such arguments, even the “Iranian threat” looks more plausible from the standpoint of NATO logic - for those who are ready, excuse me, “give up” such nonsense.

In general, if you believe the information published in the Western media, it turns out that the next flight phase of the NATO “doves of peace” is coming - now from the western borders of Russia (from the Baltic states) towards the Arctic latitudes. True, we must pay tribute to the old McCain, who cares about the "doves of the world". The US senator wonders if these “pigeons” will have enough “plumage” to try to expose the Russians to any barriers in the harsh latitudes of the Arctic? Will there be enough training and suitable military equipment to “watch over the environment” where for the NATO thermophilic members the word “fox” is not only an animal ... Note that this is not our “hats”, as one might think, but real questions at real meetings in the US Senate from the aforementioned arms committee officer shot down over Falcon Vietnam, John McCain.

The journalists decided to inquire about the statements about the need for the NATO military presence at the head of the Russian Foreign Ministry Sergey Lavrov. Sergei Viktorovich noted that with questions about NATO concerns and concerns it would be better to contact the very concerned NATO. However, I decided to concretize the official Russian position on this issue.

According to the Minister of Foreign Affairs of Russia, in the Arctic at the moment there are simply no problems that could somehow hint at the need for the presence of the NATO military contingent.

Sergey Lavrov quotes RIA News:
NATO exercises, and analysis from time to time mentions that the military factor in the Arctic will grow, as the struggle for resources intensifies. We firmly believe that there are no such problems in the Arctic that require the participation of NATO.

That is, the West has been sent a signal that Russia has its own environmentalists (and, if you will, the “environmentalists”), who will deal with the environment in the Arctic professionally without the intervention of those who have already “ecologically” spoiled from Yugoslavia and Afghanistan to Iraq and Libya.

So why, forgive the term, the West is frantic? Yes, if only because the words of McCain about the backwardness of the Western Arctic programs (including the military) from the Russian - is not an empty phrase. First: Russia's energy projects, which, given the optimal prices for hydrocarbons and the real implementation of new oil and gas transportation routes, look very promising. Second, the possibility of investment in the Northern Sea Route, whose potential in terms of transport alternatives to the East Asia-Western Europe exchange of goods is enormous. And finally, the third: the development of military infrastructure in the Arctic reduces to zero the effectiveness of any missile defense segment that is open or in preparation for opening in Eastern Europe. And it is precisely the inevitability of the Russian "otvetki" that the American "partners" want to "bury" and bring them to a white-hot condition. 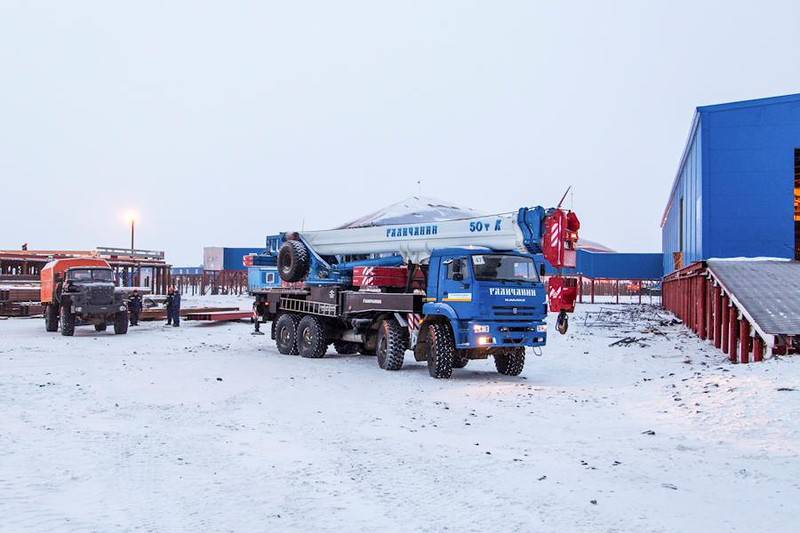 Trolling from the Ministry of Defense of the Russian Federation: "Galician" takes part in the construction of the military town "Arctic Trefoil" 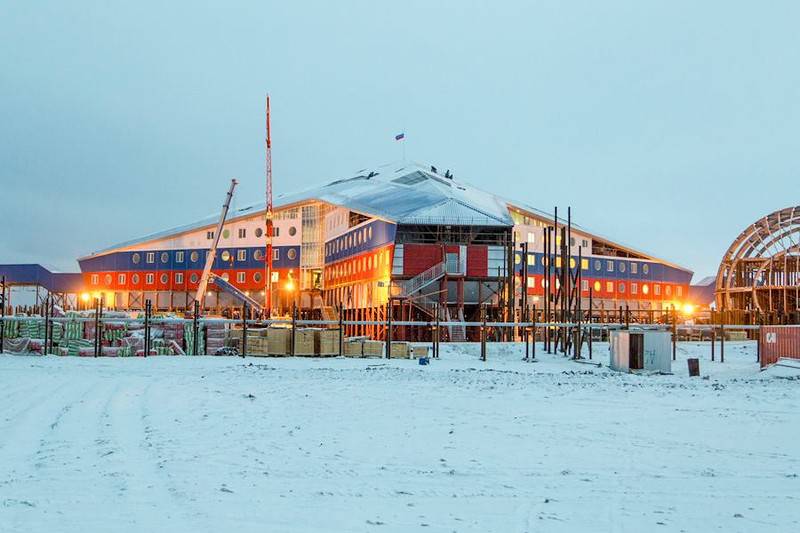 Interestingly, the appearance of whom exactly to expect in the Arctic latitudes first? - NATO soldiers during the "environmental" exercises, a branch of the radio station "Arctic. Reality" or the human rights organization "Amnesty International of the Peoples of the Arctic" ...

Ctrl Enter
Noticed oshЫbku Highlight text and press. Ctrl + Enter
We are
Results of the week. "And let's weigh on brotherhood"Why did the Defense Ministry choose the New Siberian Islands?
Military Reviewin Yandex News
Military Reviewin Google News
122 comments
Information
Dear reader, to leave comments on the publication, you must sign in.