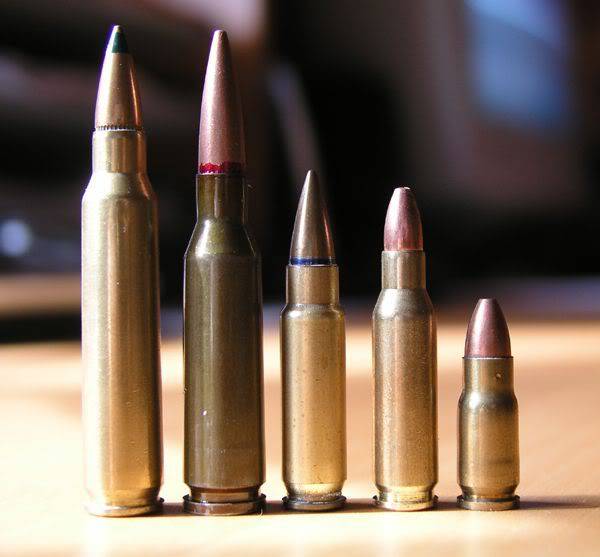 The term PDW appeared at the end of 80's. It stands for weapondesigned for servicemen "second line". These are artillery crews, crews of combat vehicles, helicopter pilots, engineering units, etc. These categories of persons full-size weapon is not suitable, because has too large dimensions and weight. According to the requirements of the military, the enemy had to hit the enemy in a bullet-proof vest (NATO standard CRISAT) at a distance of up to 200 m. In order to fulfill the conflicting requirements, it was necessary to create new ammunition that had the mass of a pistol cartridge and penetration capability of the intermediate one.

The first were the Belgians with their 5.7x28 mm cartridge for the FN Five-Seven pistol and the P-90 PP. 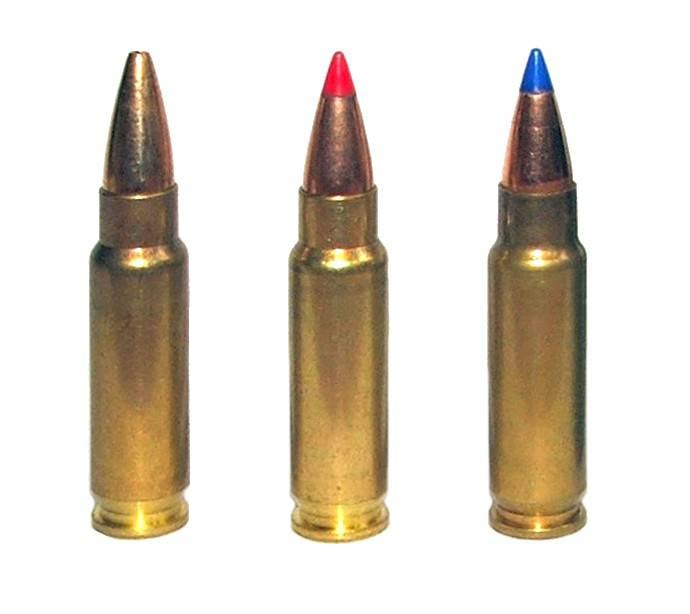 This cartridge was created to replace the standard pistol ammunition 9x19 mm PARA in the armies of NATO countries. However, due to disagreements, the decision on standardization within the framework of the alliance was not taken. Nevertheless, the Belgian development has received some distribution in the world as a weapon of special divisions, as well as self-defense means in some countries.

The cartridge has a flanged sleeveless bottle sleeve with a length of 28 mm, which contains a very light pointed bullet. A light bullet has a fairly small transverse load, but it also carries considerable energy. This made it possible to ensure good penetration and destructive action within the target range and a rapid loss by the bullet of destructive power beyond its borders. The maximum pressure in the weapon chamber reaches 345 MPa, which significantly exceeds the pressure when fired with a standard 9x19 mm PAIR, although the return has decreased by one third. Many varieties of cartridge with various types of bullets were created, although the main in power structures is SS190 armor-piercing. 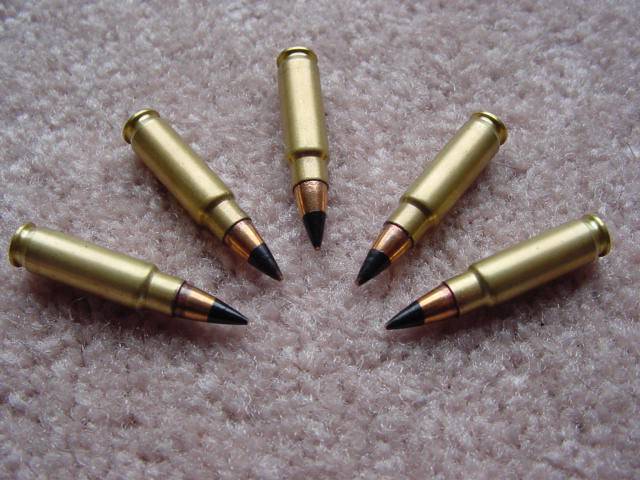 The SS190 cartridge bullet has a length of 21,6 mm, a mass of 2,02 g. And develops an initial velocity when fired from the PP of the 715 PP m / s, and from the barrel of a pistol - 650 m / s. A special feature of the projectile is the presence of a steel heat-strengthened core in an aluminum shell. At a distance of 25 m the penetration of a Level II body armor and penetration into the gelatinous block to a depth of 25 cm is ensured, at the 200 distance m the Level IIIA body armor penetrates; m. The effective range when firing from the PP is 50 m, and the maximum range of the bullet - 48 m (for a pistol, these figures are 150 m and 200 m, respectively). During the 1800 of flight, the bullet loses most of its energy and is not capable of inflicting fatal injuries, flying 50. 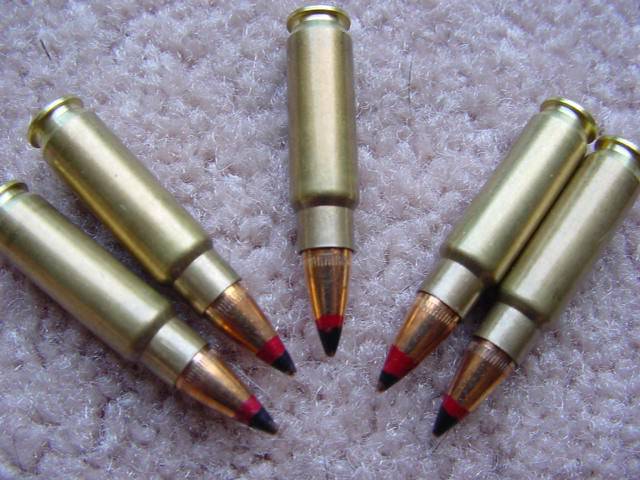 The L191 tracer cartridge creates a trace that is clearly visible during the day throughout the 200. The ballistics and striking effects are similar to the SS190 cartridge. According to the classification, ATF is considered an armor-piercing and its civil circulation is limited. 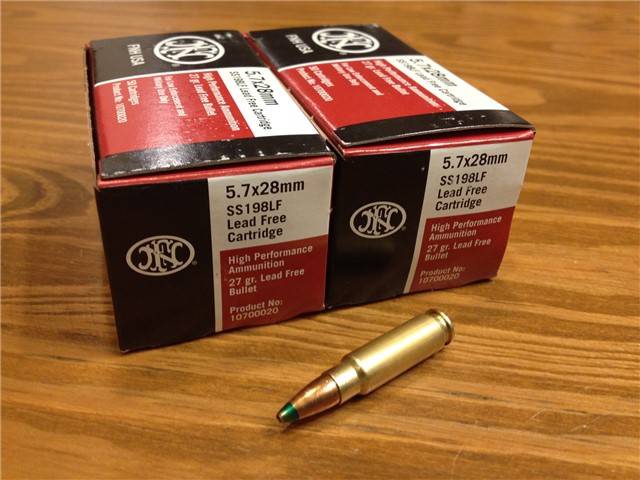 The expansive cartridge SS192 contains a bullet of 1,8 mass, which has an aluminum core in a copper shell and is not able to penetrate a bulletproof vest. In the bow there is a notch with a diameter of 0,8 mm and a depth of 7,6 mm. At the end of 2004, the release of this cartridge was discontinued and the launch of a new SS195 ammunition, containing no lead, was launched. Also available is the SS198LF cartridge, which has an initial speed on 30 m / s more than its predecessor. 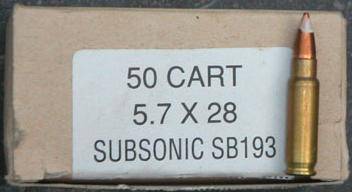 The SB193 subsonic cartridge contains a bullet with a mass of 3,6 g and a speed of 305 m / s. Cartridges with this bullet are designed for firing weapons with a silencer. It has less recoil momentum compared to the standard SS190 due to the significantly lower bullet speed and reduced gunpowder charge. Turnover of the cartridge in the civilian arms market is prohibited. 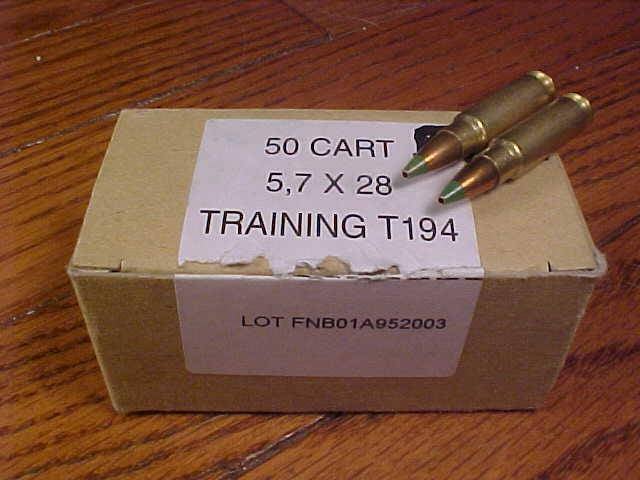 The training cartridge T194 contains a bullet of 1,8 mass with an aluminum core in a copper shell. The ballistics is similar to the expansive SS192 / 195 and is considered their early version. The release was discontinued back in 2002. 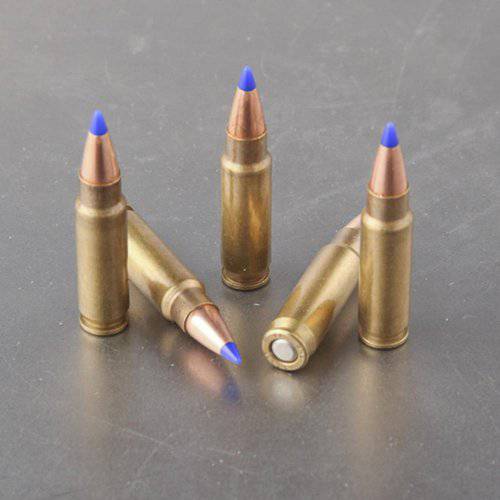 Sports cartridges SS196SR \ SS197SR contain a V-Max bullet of 2,6 mass with a lead core manufactured by Hornady. A distinctive feature of these bullets is the presence of a polymer tip, pressed into the nasal recess. This made it possible to significantly improve ballistics and increase the expansive ability of the bullet. The initial speed when firing a pistol with the SS196SR chuck is 500 m / s, and when firing SS197SR - 530 m / s. These cartridges are not considered to be armor-piercing and their sale on the civilian arms market is allowed.

The disadvantages of the cartridge 5,7х28 mm include the relatively high cost and complexity of manufacturing, low prevalence, loud sound and a strong muzzle flash when firing a pistol. Advantages - very low weight BC, high flatness of the trajectory and the damaging ability of the bullet. Weapons for this cartridge has been recognized not only in the power structures of various countries, but also in the criminal environment. For example, in Mexico, the FN Five-Seven pistol is very popular among drug dealers for the ability to pierce standard police flak jackets, for which he received the nickname “police killer”. Gradually, the prevalence of these cartridges and weapons for firing them increases, despite the significant cost.

The Germans did not want to lag behind the Belgian competitors and created their own version of the PDW weapon. In 2001, HK designed an 4,6x30 mm cartridge for firing from the HK MP-7 PP. Initially, the armor-piercing bullet of this cartridge was already able to penetrate the protection of the standard CRISAT at a distance of 150 m. 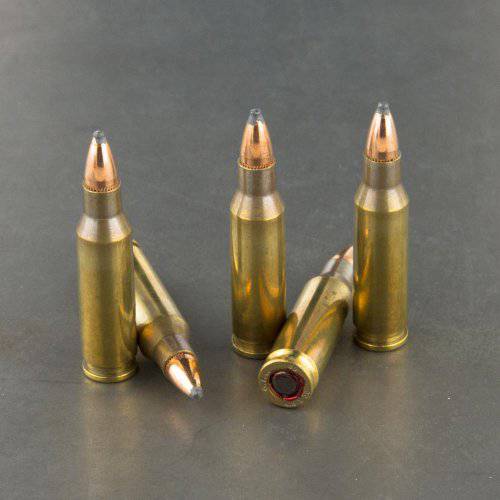 The 4,6X30 mm cartridge has a flangeless bottle-shaped sleeve of 30 mm length containing a bullet of very small diameter. The maximum pressure in the chamber when fired - 400 MPa. Cartridges with armor-piercing, enveloped and expansive bullets were created. 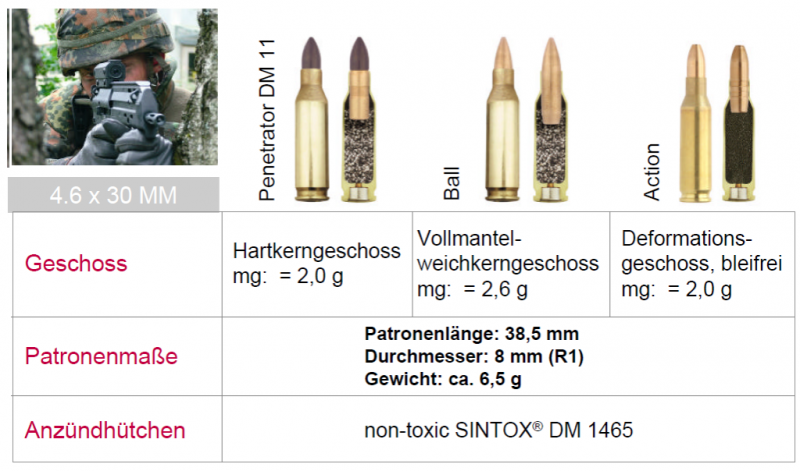 Cartridges with different types of bullets

The cartridge with the expansive bullet has a mass of 6,5 g. And contains a bullet of 2 g mass from a copper-zinc alloy. The initial speed of the bullet is 700 m / s, and at a distance of 200 m it continues to fly at a speed of 586 m / s. The cartridge has a significant damaging ability of a bullet, but is not able to penetrate a bulletproof vest.

The bullet-wrapped cartridge has a mass of 7 g. And contains a bullet of 2,7 g mass with a core of an alloy of lead and antimony. The initial bullet speed is 600 m / s, and at a distance of 200 m it still has a speed of 463 m / s. The cartridge is optimized for hitting unprotected targets and provides high accuracy when firing bursts.

According to the test results, it was revealed that the Belgian cartridge provides for 27% greater efficiency for unprotected targets and equal for protected ones, as well as less sensitive to temperature differences. In addition, there was a problem with a low resource barrel under the German cartridge. The Germans attempted to create an UCP army pistol for their cartridge, but the development was soon frozen due to unsatisfactory test results. 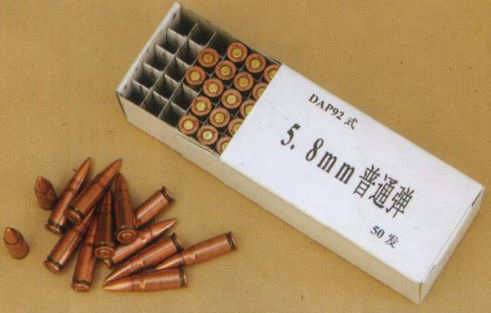 The Chinese cartridge has a flangeless sleeve with a length of 21 mm and contains a bullet of 3 mass with a steel heat-treated core. Ammunition with an armor-piercing and subsonic bullet was created. The armor-piercing bullet has an initial speed of 530 m / s when firing from PP (480 m / s when firing a pistol) and is able to pierce the wall of a steel helmet 1,3 mm and 5 cm thick with a pine bar behind it at a distance to 100 m. Striking action on an unprotected target comparable to NATO 9x19 mm PAIR.
Chinese cartridge and weapons to it have not yet received wide distribution outside of the PRC.

PDW and cartridges to it were created in other countries. For example, in the Czech Republic, India, Sweden, the United States, samples were created that never went beyond the stage of experimental products. The Czechs have created a rather interesting complex for a cartridge of a very small caliber 4,38 Libra, in Sweden, on the basis of standard ammunition 9x19 mm, a cartridge of caliber 6,25 mm with a sabot bullet with a plastic pallet was created. In the United States and India, we took the path of creating a new ammunition by shortening the sleeve of the intermediate cartridge 5,56х45 mm of NATO.

The USSR did not pay enough attention to this topic. The analogue of the Western PDW PP can be considered the Soviet small-sized machine gun AKS-74U, however it uses the standard intermediate ammunition 5,45x39 mm. The decision to use a regular cartridge had its advantages and disadvantages. Cartridge 5,45x18 mm The MPC cannot be considered suitable for PDW due to its extremely low power and sufficiently low bullet speed (about 130 J and 315 m / s)