July 1 2016
195
Information Agency TASS citing Turkish sources, reports that the municipal authorities of the resort town of Kemer (Turkey) are taking the initiative to compensate the family of the Russian pilot Oleg Peshkov who died last fall. Recall that after the strike by the Turkish fighter on the Su-24, the crew composed of the commander Lieutenant Colonel Oleg Peshkov and the navigator captain Konstantin Murakhtin catapulted. From the land of Oleg Peshkov militants shot. 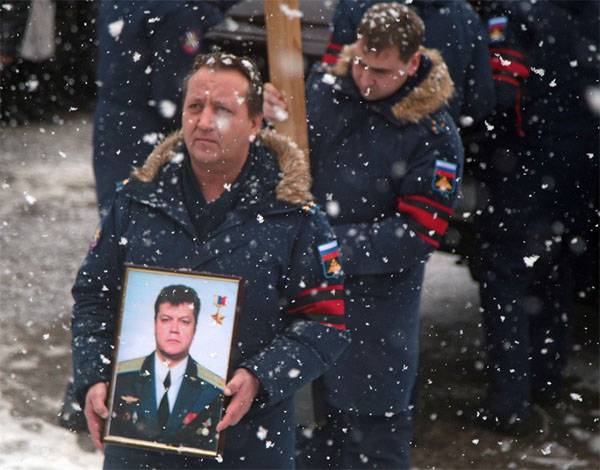 The mayor of Kemer, Mustafa Güll, during a meeting with representatives of the Russian diplomatic service, proposed that the family of the deceased Russian officer be given a house in a resort town. TASS distributes such information with reference to the Consul General of the Russian Federation in Antalya Alexander Tolstopyatenko. The same Alexander Tolstopyatenko said that at the moment there is no decision on this issue.

From the statement of the consul:
Indeed, the day before I received the delegation of the Kemer Mayor's Office, headed by its leader Mustafa Güll. The authorities of this city voiced the desire to donate the house to the relatives of the deceased pilot.

Ctrl Enter
Noticed oshЫbku Highlight text and press. Ctrl + Enter
We are
Installed the crew of the deceased attack aircraft found during the construction work of the bridge across the Kerch Strait
Military Reviewin Yandex News
Military Reviewin Google News
195 comments
Information
Dear reader, to leave comments on the publication, you must sign in.