Yatsenyuk: "It is unacceptable to lift sanctions from Russia"

July 1 2016
106
The former head of the Ukrainian government, Arseniy Yatsenyuk, addressing Obama and the leaders of the EU countries, declared the inadmissibility of the abolition of anti-Russian sanctions, reports RIA News. 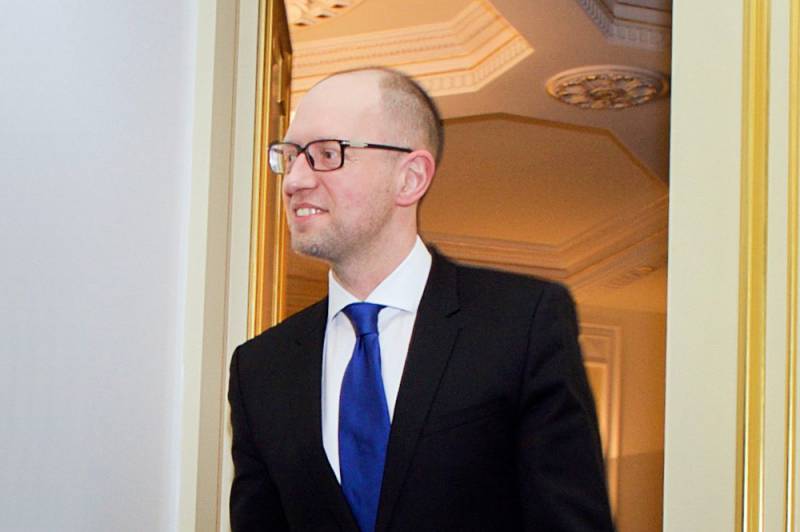 “Mr. President, EU leaders, it is unacceptable to lift sanctions from Russia until it fulfills the Minsk agreements and returns the Donetsk, Lugansk region and the Crimea under full control”,
said Yatsenyuk in Washington.

Speaking at the Atlantic Council, he was quite determined. He declared, for example, that “very soon Ukraine will not need gas at all, and even less Russian gas.”

In addition, Yatsenyuk complained about the low wages of Ukrainian officials and proposed creating a fund in Europe to support them, at least during the transition period.

“We will appreciate it if we, together with our European partners, establish an additional fund, which, during the transition, will raise the level of wages in the Ukrainian public sector,” he said.

Ctrl Enter
Noticed oshЫbku Highlight text and press. Ctrl + Enter
We are
Results of the week. “While the enemy draws attack maps, we change landscapes, and manually”
Military Reviewin Yandex News
Military Reviewin Google News
106 comments
Information
Dear reader, to leave comments on the publication, you must sign in.