July 1 2016
75
The US president offered Moscow a new military partnership in Syria. This was reported by the foremost mouthpiece of democracy - the newspaper The Washington Post. The Russians were promised military cooperation in exchange for the cessation of bombing attacks on “rebels”, that is, on those “opposition” groups that are approved by the United States. 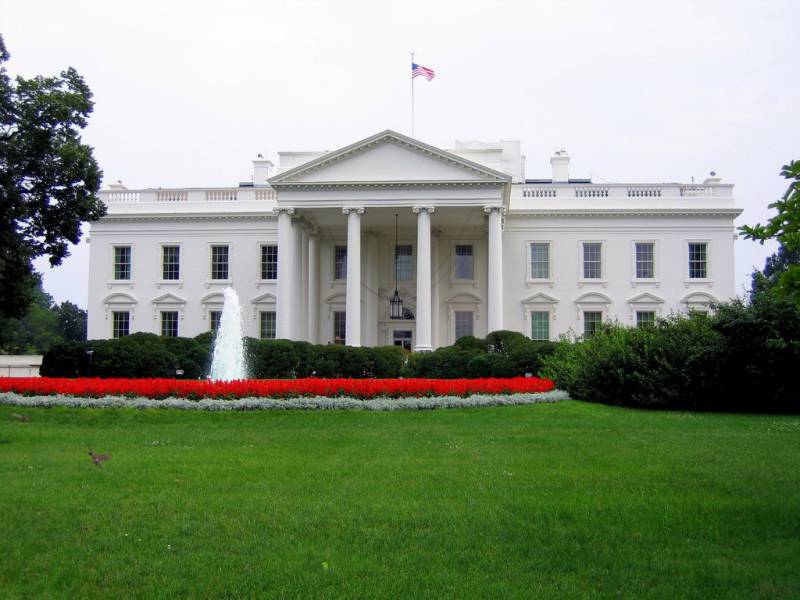 For details, refer to the source - edition «The Washington Post».

The article by Josh Rogin (Josh Rogin) from 30 June tells that the B. H. Obama administration proposed a new agreement on Syria to the Russian government. We are talking about the deepening of military cooperation between the two states, aimed at combating some terrorist groups, in exchange for the cessation by Asad of the bombing of those rebel groups that are supported by the White House.

The essence of the deal: the United States promises to join forces with the Russian Air Force to find targets and coordinate actions against Dzhebhat al-Nusra, the Al-Qaida branch in Syria, which is fighting mainly with the government of Bashar al-Assad.

According to this proposal, which was personally endorsed by President Obama and largely supported by Secretary of State Kerry, the cooperation of the American and Russian military will reach an "unprecedented level." This is exactly what Russia was “striving for for a long time,” the correspondent notes.

In return, the Russians should agree to put pressure on the “Assad regime” and convince him to stop attacking those Syrian rebel groups that the United States does not consider terrorist.

The United States will not give Russia the coordinates of the exact location of these groups, however, they will indicate geographical areas that should be secured "against air attacks of the Assad regime."

Further, the publication notes that US Secretary of Defense Ashton Carter was against this plan. This was reported by officials (the names are not given). But in the end, Carter "was forced to agree with the decision of the president."

Many people, both in the presidential administration and outside, are distressed by the White House’s decision on Syria. It is believed that the new plan is "deeply erroneous."

For example, the former US ambassador to Syria, Robert Ford, says the plan has one “big flaw”. It lies in the fact that the Russians are not going to put pressure on Assad, "it's obvious." Even when the Russians exerted some kind of pressure, they got “minimal results” from the Syrians.

There is another drawback. How to distinguish quite clearly "Dzhebhat an-Nusru" from other rebel groups? They are often close by, noted Ford. And even if the Syrians agreed not to bomb certain zones, there would still be no way to stop Dzhebhat al-Nusru and other groups: they would move and adapt.

Ford does not see any sense in this regard. F-16 aircraft and bombs will not solve the problem of extremist groups, the former diplomat is sure.

One unnamed representative of the White House administration argues that this plan does not provide for any “consequences” for either Russia or the Assad regime if they do not fulfill the promises of the deal.

Earlier, Secretary of State D. Kerry had threatened Assad for several months with some kind of Plan B, which the US will use if Assad does not observe the current cease-fire. Plan "B" provided for the strengthening of the weapons of the Syrian rebels. But the White House now threw this plan “B” in the trash and preferred it to a plan leading to the benefit of Russia. "Rebels" from this will be worse, but Assad, of course, better.

Finally, Vladimir Putin. For him, such changes in military cooperation are recognition of the importance of the role of Russia and a way to gradually weaken the "isolation" of Moscow.

That is why Minister Carter initially objected to the new plan, officials told the journalist.

State Department spokesman John Kirby declined to comment on the specifics of this proposal. At the same time, he defended its basic principles, emphasizing the "threat" coming from al-Qaida.

One senior official from the US presidential administration told a journalist that the road to military escalation would most likely not lead to a final result in Syria. “This is, in essence, a stalemate,” he concluded.

The journalist concludes: the Obama administration is trying (for obvious reasons) to find some way to save its own policy in Syria. After all, Obama is left to rule in a matter of months.

As stated earlier by the representative of the Pentagon Matthew Allen, the memorandum of understanding between the ministries of defense of Russia and the United States "works effectively." As recalled RIA News"Mr. Allen emphasized that Washington does not plan joint military operations with Russia in Syria and does not discuss issues of military cooperation.

According to the official, the United States will continue to help the “local forces” fighting the “Islamic State” (prohibited in Russia).

Thus, we add, there are big changes in the position of Washington regarding the policy of cooperation in Russia in Syria. More recently, some US administrative officials boasted about how thoroughly Mr. Obama “isolated” Russia. About this, in particular, the other day, said the official representative of the White House, Eric Schulz, who told the world about the "maximum isolation" of Russia for all the latest history and noted that the merit of such "isolation" belongs to the "international leadership" of President Obama.

Today, all of a sudden, the White House itself has broken its own “isolation” and is ready to make agreements with Russia. Not without reason the draft of the new agreement is criticized not only at the level of experts, but also at the level of the Pentagon.

Mr. Obama, the “lame duck,” rushes about, not knowing how to rectify the situation in Syria, which in fact is a historical example of his political failure, on the throne in the remaining few months. Obama always liked to make long speeches, to make pretentious statements, he always dreamed to go down in history. It seems that instead of going down in history, he left to plunge.

Ctrl Enter
Noticed oshЫbku Highlight text and press. Ctrl + Enter
We are
Results of the week. "This bad man will betray us at the first danger!"Pacific campaign of the United States for preferences for American corporations
Military Reviewin Yandex News
Military Reviewin Google News
75 comments
Information
Dear reader, to leave comments on the publication, you must sign in.