30 2016 June
63
Syrian military sources have reported clashes that occurred in the north of the province of Latakia - in close proximity to the border with Turkey. The forces of the Marine Corps of the SAR government army, as well as representatives of the national defense forces, having beaten off the attack of jihadists, launched an offensive in the area of ​​Tal-Kuntara and Jebel al-Akrad settlements. 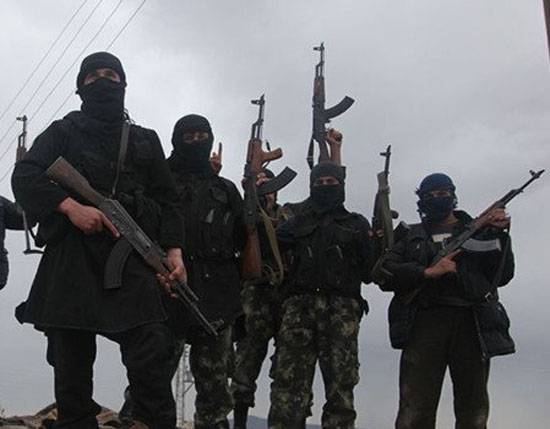 Informational portal AMN reports that at the site of the battle Marines ATS found the bodies of several militants of Uygur origin. Previously, information that terrorists from the northwestern and western regions of China are fighting on the side of jihadists in Syria has also been published by various foreign media.

The confrontation between the Syrian army and the militants in the Aleppo area continues. The forces of the 4 Division of the SAR Army launched an offensive in the north of the largest city of Syria. Their main goal was to take control of industrial facilities in the areas of Al-Khalidiyah and Al-Layramun. However, the forces of “Dzhebhat an-Nusra” in this direction are too large, and so far neither side has achieved success. It is noted that the Russian VKS in the Aleppo area today are not used.

Ctrl Enter
Noticed oshЫbku Highlight text and press. Ctrl + Enter
We are
Reports from the militia of New Russia for 1 September 2014 of the year27 November - Marine Day
Military Reviewin Yandex News
Military Reviewin Google News
63 comments
Information
Dear reader, to leave comments on the publication, you must sign in.