The guys from the backyard

July 2 2016
11
Our potential allies in Asia at the opposite end of the Earth are sometimes closer than neighbors. Perhaps the fact is that the basis of relations with Asian countries is currently pure geopolitics, and with Latin American - mainly ideology.


This phenomenon originated long ago - in an era when the United States considered Latin America its “backyard”, that is, the undivided sphere of influence, and the USSR acted there through local leftist forces.

However, for a long time it seemed that the massive invasion of the left into the “backyard” of the USA was choking. The Communists took only Cuba, in 1979 they added Nicaragua, but they lost it even while the USSR was still alive. After the collapse of the latter in Washington, they were sure that the problem was resolved forever. Even Cuba will not go anywhere, Castro will die - she will automatically return to the "bosom of democracy." As a result, the "backyard" was simply forgotten. And it was a serious mistake in Washington.

The concept of the "backyard" has created in Latin America hatred of the "gringos", which is perhaps stronger than even in the Islamic world. This hatred is similar to Eastern European Russophobia. The experience of Americans as occupiers in the Middle East is essentially limited to eight years in Iraq alone, and in Latin America - a whole century throughout the continent. The fact that the occupation was often indirect, does not make much difference. The new Latin American socialism is implicated in this hatred.

It is much more difficult for the States to fight it than in the Cold War years with the Soviet one, since it is not imposed, as in Eastern Europe, but is a reflection of the views of a significant part of the population of Latin American countries, therefore it is distributed in a completely democratic way. This is truly popular, largely Lumpen socialism with a huge admixture of nationalism. Moreover (with the exception of the Cuban variant) it does not imply absurd ideological restrictions in the everyday life of people and does not abolish market relations. 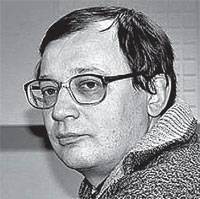 The situation for Washington is aggravated by the fact that in the States themselves the share of Latin Americans (so-called Latinos) is growing rapidly. Until now, it seemed that there was no particular threat to the United States. They are more Europeanized, closer to Western culture and traditions than, for example, Middle Eastern and African migrants in Europe or Chinese in Russia. However, in connection with the new trends in the “soft underbelly” of the United States, it can be expected that a fair portion of the “Latinos” will become a kind of “fifth column” in the territory of the States.

The relations of modern Russia with the countries of Latin America are primarily political in nature, based on this very hatred of the “gringos,” that is, towards the United States. Moscow successfully uses the local leftists, who recently came to power in several countries for their own purposes. In particular, of the three states that, apart from Russia itself, recognized the independence of Abkhazia and South Ossetia, two are Latin American (Venezuela and Nicaragua). They, as well as Cuba, always support Russia against Georgia under the relevant UN resolutions. Of the ten states (again, not counting ours), which 27 in March 2014 of the year voted in the UN General Assembly against the resolution in support of the territorial integrity of Ukraine (meaning Crimea's entry into Russia), four represented Latin America (Cuba, Venezuela, Nicaragua, Bolivia ), despite the fact that there were only two of those from the CIS (Belarus and Armenia).

Accordingly, for Moscow, the Latin American left regimes represent a valuable political resource. But we appreciate any contacts with all Latin American countries, especially with the largest ones. And, for example, relations with Brazil are particularly important in the aspect of the development of the BRICS project, to which Moscow attaches extremely great political and propaganda significance.

At the same time, Russia's closest ties in the military sphere are traditionally maintained with three Latin American countries - Cuba, Venezuela and Nicaragua. Let's talk about the latter. 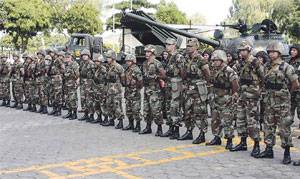 In 80, Sandinista Nicaragua was the closest ally of the USSR after Cuba to the USSR in the Western Hemisphere. The armed forces of the country received a significant amount of Soviet technology, due to which the armies of the rest of Central America combined surpassed the armies of the rest of Central America. After the Sandinistas lost power and the collapse of the USSR, the Nicaraguan army degraded greatly, since its equipment had not been updated for more than a quarter of a century. However, a few years ago the Sandinistas returned to power and are trying to restore special relations with Russia, including in the military sphere. However, a serious constraint here is the lack of funds from Nicaragua for the purchase of even a limited number of modern weapons.

Despite the fact that all the equipment of the Armed Forces of Nicaragua is very outdated and a significant part of it is no longer capable, the ground forces and the Navy of the country still remain the strongest in Central America. Since it is extremely difficult to imagine a direct US military intervention against Nicaragua, at the moment there are no serious external threats to the country. Perhaps in the near future, Managua will acquire in Russia a certain number of T-72 tanks and two missile boats of the 12418 project. However, it should be understood that if the Sandinistas lose power again, cooperation with Moscow will immediately cease. It is impossible to exclude this option.