Is the anti-terrorism “package” strong?

July 1 2016
72
On Wednesday, 29 June, the Upper Chamber of the Russian Parliament approved a package of changes in the legislation of the Russian Federation concerning the fight against international terrorism. 24 June in the third reading this package was adopted by the State Duma. On the basis of these changes in the criminal field of the Russian Federation, the concept of “international terrorism” itself appears, which was not previously distinguished from the general concept of “terrorism”.

In other words, Russian legislation did not provide for virtually any serious responsibility for persons either in international terrorist groups or actively in contact with them. Recruiting centers could operate under the most decent form in the very center of Russia, but the law enforcement officers themselves didn’t have any real rights to suppress such activities. Any professional attorney could, as they say, “otmazat” the recruiter without much difficulty, declaring, for example, that the prosecution does not understand the canons of Islam at all and gives out “ordinary sermons about good and evil” for trying to recruit into international terrorist groupings. Will something change now?

A regulated legal base appears in Russia, on the basis of which a person who is in one way or another involved in the activities of an international terrorist group must bear personal responsibility, and the responsibility must be of a criminal nature.

From the statement of one of the co-authors of the package of amendments to the deputy of the State Duma from the faction "United Russia" Irina Yarovoy:
None of the proposed norms concerns the restriction of rights and freedoms. We are talking about security measures, responsibility measures, preventive measures, which are applied primarily to persons who commit crimes. In general, criminal law is repressive in relation to criminals, and in relation to Russian citizens, it is of an absolutely protective nature.

As soon as both chambers of the Russian parliament voted in favor of the amendments, the usual ferment among the masses began. LiveJournal, Facebook and other platforms, which, so it turns out, it is customary to gather at the "progressive public" of a mostly liberal sense, broke out in angry posts about "denying freedom of speech", "returning 37 of the year" and, of course, "The clawed hand of the Kremlin, tearing the foundations of democracy." 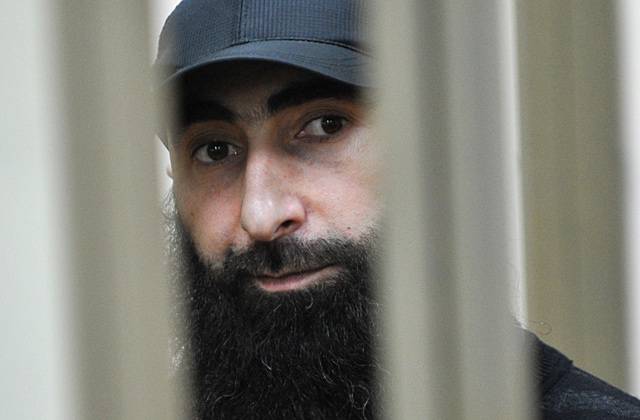 If we collect all the liberal statements that "37 is coming back," over the past 5 years, then we should have fires of the Inquisition on the street - and this is at least ...

The greatest resonance of this kind of public caused the following points:
on limiting the right to leave the country for certain categories of citizens;
about the obligations of cellular operators and Internet providers to store data on conversations and correspondence of users for a certain period of time;
responsibility for failure to report on the preparation for the terrorist attack.

For greater objectivity of the conversation is to submit a few angry notes from the furious liberal users LJ.
Andrey Malgin gives material "News State Dura ", which is tormented mentally and, possibly, physically:

Internet providers and mobile operators will be obliged to store for six months all the data transmitted by users, the need to comply with this standard was previously estimated at trillions of rubles.

The FSB will have the right to demand keys from the operators and providers to decrypt the information, as well as get rid of the need to compensate for the damage caused during the special operations.

Deadline for failure to report. Finally. How we missed this rate.

Well, as an illustration of the author of mental torment from LJ - shots from the film “High Award” (USSR, 1939 year):

No, well, this is necessary ... Mr. from LJ is literally being pushed into informing ... And the person who clearly preoccupied himself with such a question along with the question of “trillion rubles of operators”, apparently, does not find a place for himself, thinking how can he now be - “to inform or not to inform”.

In fact, the case is surprising: people who are in complete ecstasy of life, for example, in the United States of America, including the American security system, suddenly become hysterical about the fact that Russia is going to introduce a legal framework that looks like a real kindergarten in comparison with the regulations in force in the United States. That is, the total wiretapping of phones, access of special services to the data bases of Internet providers and mobile operators in the USA is a great achievement of freedom and democracy, designed to protect law-abiding citizens, and, well, oh-so-very-great-stretch analogous Russian measures - this is “arbitrariness” and “antidemocracy in its pure form.”

Through the same LiveJournal, human rights activists' bloggers spread calls to the president asking them not to sign a "totalitarian document."

What is it, huh ?! Appeals - to the president. The right (or crooked) defenders who "attacked" Putin "for the bloody gebnyu" since the time of the act of Dima Yakovlev, now suddenly turn to the "tyrant", "bloodsucker" and "the initiator of the bloody gebni." Hey, where is the logic, the Muchachos? .. It was necessary to go directly to The Hague or Strasbourg - there they ate a dog on a “bloody gebna” and finish eating Polish apples and French cheese with mold not supplied on the basis of counter sanctions.

And by and large, the anti-terrorist amendments with a huge stretch can be called really anti-terrorist. The ban on leaving the country of persons suspected of terrorism? Well, yes - the norm seems to be correct. However, practically nothing prevented such persons from leaving various paths before leaving Russia and fighting on the side of all sorts of terrorist groups in Afghanistan, Syria, Libya, and Kosovo. If you interfere now, then you can put in an asset.

Data storage by cellular operators and Internet providers, on the basis of which they predict a nearly threefold increase in tariffs - a measure that seems to be tough (almost NSA), but how much did this measure help the same States to catch terrorists? If it helped, then the States persistently keep silent about it. Although here in the States, whose representatives of the higher authorities themselves meet with the future leaders of the terrorists, there are some questions ... And these questions are also related to the reason for which the NSA and the CIA are actually carrying out their mega-tracking? - to identify and trap terrorists, or still to get information about the upcoming steps of the authorities of foreign states and for insider economics? Snowden seems to be talking about the second ...

"Consignment". Well, this is some kind of liberal horror story, which was already mentioned above. If a person knows about the preparation of the attack and is silent, then how is he different from a terrorist in this case? Punishment for such an actual accomplice should be appropriate. Although, given the current capabilities of lawyers associations, it can already be said that the prosecution side in this case will face obvious problems - go and prove that one neighbor knew about the trotyl bag in the basement of another neighbor, even if the first neighbor helped second, drag this bag out of the trunk of a car with "broken" numbers ...

The abolition of the initiative to deprive terrorists of Russian citizenship is altogether regarded as an act of the incredible humanity of Russian lawmakers. Apparently, the prospect of feeding terrorist ghouls (as an example, the notorious Nurpashi Kulayev is a Beslan militant) in a Russian prison, just because they have Russian passports, our legislators seem to be quite acceptable ... He will kill American, Saudi, Qatari and Turkish money people, fulfilling the will of the owners, and then the Russian taxpayer (if the ghouls are caught and convicted) will unfasten part of their payments to the state treasury for its maintenance. Humanism ... You will not say anything.

As a result, a comment on the “package of Spring” from the press secretary of the President of the Russian Federation, Dmitry Peskov (quoted Interfax):

We are aware of different views regarding this bill. We are aware of the specific comments that make, including communications workers, public activists, public organizations. Now they are being studied, and the decision will be made by the president when the document goes to him for signature.
In general, the fact that the package looks ambiguous is a fact, but the fact is that, against the background of increasing threats from international terrorism, it is strange to continue to ignore the concept itself, to put it mildly, if not to say criminally. Work, sort of, is underway. And whether the first pancake will come out as a lump will show in the near future.