July 1 2016
50
NATO’s inclination to negotiate with Moscow was recently reported to the world by the French foreign minister, Jean-Marc Eyreau, who talked with his colleague Sergei Lavrov in Paris. In addition, Monsieur Eyro expects that members of the North Atlantic Alliance at the upcoming summit in Warsaw will declare their desire to put an end to confrontation with Russia. Has NATO really started shooting? 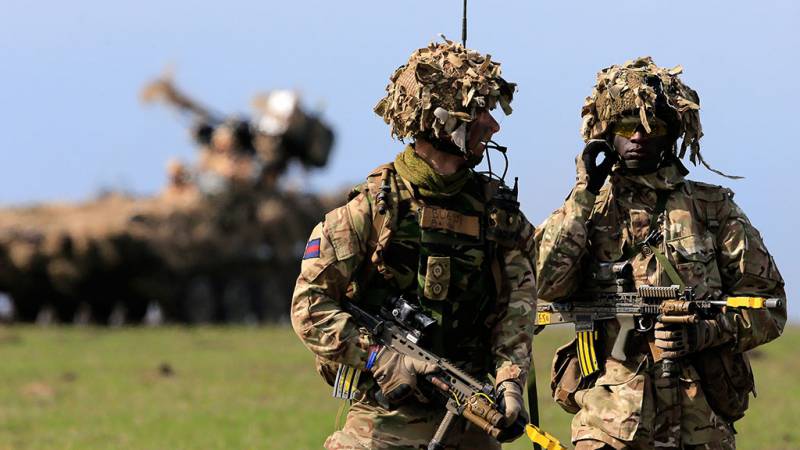 "We discussed with the Russian colleague the situation in Europe, the results of the referendum in the UK and agreed that it is necessary to adequately get out of this situation," - quotes Monsieur Eyro "Russian newspaper".

In addition, Eyro assured the guest that Paris "hopes to end the sanctions as soon as possible" and will also "work to ensure that the upcoming NATO summit in Warsaw does not lead to confrontation with Russia."

In response, Lavrov said that Moscow was considering the possibility of convening a Russia-NATO Council in Brussels at the level of permanent representatives. At the same time, the Kremlin does not close its eyes on the buildup of the military presence of the alliance near the borders of the Russian Federation.

As reported "News"Sergei Lavrov stressed that the maneuvers of the North Atlantic Alliance near the borders of Russia threaten national security.

The interlocutor responded to this as follows: he noted the "non-confrontational" nature of the alliance's actions.

The French side showed initiative: it formulated proposals that could be discussed at a meeting of the Russia-NATO Council. Moscow, the newspaper notes, would like to organize an event of the Council in early July, that is, after the summit of the alliance.

“Russia agreed to hold a meeting of the council, but expressed the wish that the meeting should take place after the Warsaw summit in order to be able to study the decisions that will be made there,” she said. "Lenta.ru" the head of the French foreign office.

He also stated: “We don’t want the summit in Warsaw to be confrontational.”

Recall that for the first time after a long break (about two years) the meeting of the Russia-NATO Council was held at the end of April 2016. The NATO Secretary General, Mr. Stoltenberg, reported on a “sincere and serious conversation”. At the same time, he stated that one should not wait for a return to the previous bilateral relations.

By the “old” relationship, Stoltenberg had in mind those that developed between Russia and NATO (or rather, between Russia and the West) from the nineties and “acted” until April 1 2014. It was on that day at a meeting of the foreign ministers of NATO member countries that a decision was made to suspend military and civil cooperation with the Russian Federation. The main reason for the suspension was the annexation of the Crimea to the territory of Russia. The second reason for the deterioration of relations was the tense situation in the Ukrainian south-east.

Recently, Mr. Stoltenberg gave an interview to the German newspaper Süddeutsche Zeitung, excerpts from which were published on the website nato.rf. From the statements of the Secretary General it follows that NATO is trying to present itself as a peace-loving organization, and to blame Russia for all its troubles.

Jens Stoltenberg accused Russia of violating the provisions of the Founding Act on Cooperation and Security of 1997, noting the following: “Russia does not adhere to the provisions of this document, one of the most important principles of which is respect for the sovereignty and territorial integrity of all states. Russia does not respect the territorial integrity of Georgia and Ukraine. Among other things, the Founding Act prescribes certain restrictions on the Russian military presence, but it is also significantly increased. ”

The Secretary General noted the build-up of armaments by Russians in Kaliningrad, in the Crimea, in the region of the Barents, Baltic and Black Seas, and finally in the Eastern Mediterranean. Stoltenberg said that the troops of the North Atlantic Alliance in Eastern European countries are planned to be deployed to prevent possible conflicts.

Against the background of such statements, it is not at all surprising that they are in no hurry to appoint an exact date for the meeting, which Monsieur Eyro told the world in Paris. For the time being, Moscow has stopped on “exploring the possibility”. Obviously, there will be no rush.

It is not surprising that Moscow would like to organize an event of the Council after the Alliance's Warsaw summit, and not before it. It must be assumed that the coming summit may just be the impetus for the intensification of the “confrontation”, which Monsieur Eyro doesn’t want. In the meantime, Paris will have to fulfill its promise and work to ensure that "the upcoming NATO summit in Warsaw does not lead to confrontation with Russia."

In NATO itself, over the past weeks they have done everything so that they could speak specifically about heightening tensions and strengthening the aforementioned “confrontation”.

NATO Secretary General announced the "critical solutions" at the end of May this year. New solutions will affect the presence of alliance forces in Eastern Europe. Summit will take into account Russia's actions and determine the order of adaptation to the new security situation: “We must strengthen the NATO presence in eastern Europe, it will be a multinational presence. Thus, we will give a clear signal that an attack on one country will be an attack on all of NATO. ”

And suddenly the Secretary General said that the cooperation of the alliance is of a “defensive nature” and is not directed against any state. This is after the mention of "actions of Russia"!

It seems that we are dealing with a remarkable case of crowding out propaganda of logic.

Of course, such “defensive” steps did not escape Moscow’s attention. That is why the Kremlin is in no hurry to hold the Russia-NATO Council.

Nevertheless, the initiative of France as a whole is positive: it means a change in the minds of European politicians. After the European Union made the first crack (a referendum in the UK), many major European politicians have attended to the issue of rapprochement with Russia. There is already a document on the proposed “global strategy” of the EU, in which notedthat, against the background of the coming split of Britain, Germany and France see an impetus to deepen cooperation in the field of common defense and security within the EU and at the same time consider it necessary to work out a common approach to the “strategic challenge” of Moscow, because “the EU and Russia are interdependent”. And here we are not talking about confrontation at all, as one might think, but about cooperation with Moscow: “Therefore, we will cooperate with Russia to discuss differences and cooperate in cases where our interests overlap.”

Thus, this fresh EU initiative (voiced, by the way, by Mogherini), and the statements by Monsieur Eyro, who spoke out against the “confrontation”, are the first signs of promise in the near future warming between Europe and Russia. Of course, other politicians from Poland and the Baltic states may not like these initiatives. However, even these politicians (with the exception of the Polish Minister of Defense) are well aware that the Russians are not going to attack either individual Latvia or the entire European Union. To yelp on the air is one thing, but to believe in an aggressor on the threshold is quite another. Where the latter happens, broad-shouldered orderlies with syringes should enter the game.